Before he was Dean: Getting to Know Rob Wessling

Robert Wessling officially became Yale-NUS College’s Dean of Students on Feb. 17, 2019. I was lucky enough to get a chance to profile the man behind the mass emails amid his currently hectic schedule.

Mr. Wessling occupies a corner office on the third floor of the East Core Building. His demeanor and his book-covered workspace make him seem more like a professor than a college administrator.

He began the conversation by describing his early life in Sparta, a small town in northwestern New Jersey that sits right near the New York and Pennsylvania borders. It is part of the Appalachian Trail, a 3,500 km long mountain range that extends from Georgia to Maine. A common childhood activity for Mr. Wessling was to go skiing with his school in the mountains near his home. Sparta’s stunning mountainous landscape, however, became the backdrop of Mr. Wessling’s challenging path to reconcile his identity with his upbringing.

Mr. Wessling was raised in a very religious community. His parents were evangelical Christians and would take the whole family to church every Sunday. Prior to college, he found meaning and purpose through religion. However, after graduating from high school at the top of his class and continuing his studies at Princeton, Mr. Wessling found that as a member of the LGBT community, he could not fit into the path laid out by the version of Christianity that he grew up with. It was in his time at Princeton that Mr. Wessling began to look for a more secular approach to finding meaning.

In much of his youth, Mr. Wessling related to the main protagonist of Crime and Punishment: Rodion Raskolnikov, an ambitious law student studying in St. Petersburg. Like Mr. Wessling, Raskolnikov felt that “it is not enough just to be a bright, intelligent person”, and one has to use the knowledge one has for a greater purpose.

One of Mr. Wessling’s main takeaways from Crime and Punishment and many other great novels is that studying any kind of literary work provides a better understanding of our own identity. When we read stories, we often see ourselves in the characters they portray. Thus, in our attempt to understand these characters, we, in turn, understand ourselves. Mr. Wessling believes that literature has helped him reconcile his identity as a member of the LGBT community and his evangelical upbringing.

Today, Mr. Wessling says that he finds purpose and meaning through academia and creating a community of people interested in Russian studies. He is committed to showing that the humanities can help people navigate what, at times, may appear as a meaningless life. As a professor of linguistics at University of California Berkeley, Mr. Wessling took this idea further by teaching courses titled ‘The Good Life’ and ‘The Art of Living’, where students learned insights on living from giant thinkers such as Plato and Shakespeare.

As our new Dean of Students, Mr. Wessling is dedicated to helping students avoid falling in the mindset of “success for success’ sake”. He understands that Yale-NUS is an intense community where grades matter. However, Mr. Wessling believes that if the only goal they have at Yale-NUS is to achieve straight A’s, students will ultimately be susceptible to the sense of angst that he and Raskolnikov experienced. He hopes that students will find a greater purpose which they can dedicate themselves to and, in turn, derive meaning from. Mr. Wessling said “I think it’s  important for [students] at college to ask questions such as ‘What do I care about?’ or ‘What’s the purpose of my life?’” 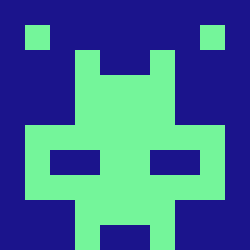