It’s not uncommon to see a Yale-NUS College community member walking around the campus with vivid art traced across their skin.

Understanding more about people’s relationships with their tattoos, once considered a sign of a criminal or a deviant, is fascinating. Andrew McGeehan, Associate Director at the Dean of Students Office and a member of the tattooed community, has twelve tattoos ranging from a Poseidon underwater fantasy half-sleeve, to others representing his love for travel, video games, water, and the ocean.

Mr. McGeehan says he has not had any negative reception to his tattoos at Yale-NUS. Kat Jacinto ’21 adds, “Yale-NUS culture is more relaxed around tattoos than Singapore culture.”

“Some students have very prominent tattoos, and some professors as well (shout out to [Elm College] Rector Lynette Chua and [Head of Studies of Philosophy] Prof. Neil Mehta!)”

But in the rest of Singapore, the stigma against tattoos is still pervasive, and Jacinto says she “definitely fears” that her career prospects will be affected or that family and friends will judge her for having tattoos.

Billy Tran ’24 spoke of how refreshing and surprising it was for him initially to come to Yale-NUS and see professors walking around with tattoos after being in the Singapore schooling system for the past four years.

“In Singapore public schools and junior colleges, teachers are not allowed to show tattoos while in school or teaching. If [the tattoo is] somewhere prominent, [teachers are] required to cover it by wearing long-sleeved shirts or jackets.

“In my school, there was this one physics teacher who was known for wearing sweaters and jackets at all times. At first, I was curious and wondered ‘Why? Singapore is hot!’ but then I realized that it was because he had tattoos,” Tran said.

In many Asian societies, tattoos are still considered taboo, and because school is a place of learning and influence, tattoos—associated with gangsters, drug use and “bad company” in general—are frowned upon.

But this conservative view extends outside the sphere of education too. According to a 2019 survey by YouGov, more than half of all Singaporeans would turn down a tattooed candidate, no matter how well-qualified they may be for a job.

The openness towards tattoos at Yale-NUS points to the generational (and cultural) differences in the acceptability of tattoos.

Quite a number of Yale-NUS community members sport ink, with students viewing tattoos as archival points for important moments in their lives, tools of self-expression, or simply aesthetic choices. Vivien Su ’23 has taken her love of tattoos one step further. During the circuit breaker period, she decided to start her own hand-poke business from within her suite.

“It was super impulsive; I had never tattooed anyone before. I just bought the supplies and started doing it on myself, and then on my friends…and then I wanted to offer it to more people, too,” Su said.

With tattoos in Singapore costing at least $100 an hour, some students may think long and hard before shelling out. But Tamara Barsova ’21 said, “the first tattoo was kind of the hardest barrier. I always wanted one, but felt paralyzed and unable to commit because of the way I thought about a tattoo—that it had to be really meaningful and deep. So when my friend Vivien started doing stick-and-poke tattoos, I volunteered to let her practice on me.

“This experience really liberated me from the pressure of it having to be meaningful—just the fact that my friend was doing it made the ink meaningful, and I just chose a design that was aesthetically pleasing,” she told The Octant.

She believes that while the meaning of a tattoo can change with time, and something that was once important to you may no longer be so in the future, what you find aesthetically attractive changes less. Because of this, she felt confident getting something beautiful on her skin, because even if her perceptions of it were to change, she would still find it objectively pleasing.

For Jacinto, aesthetics are important as well. “My arm tattoo is the first tattoo I got for the particular artistic style rather than the meaning, even though I resonated with both,” she said. “It’s my first really dark black tattoo, and I love the bold, almost graphic novel-esque style. It’s a cherub sitting on top of the globe crying; the artist said it was about how the world is so messed up it makes the angels cry. Personally, I take it as a reminder that when the world is burning, I can sit around and mourn and cry—but then I should get up again.”

Her first tattoo depicts two men kissing, and was based on a photo taken by Kay Lahusen, the first openly lesbian American photojournalist. She got it because queer visibility and community is important to her, especially as she negotiated her own “coming out.”

“I’m bisexual but spent a long time questioning myself about it. Getting this tattoo was a way of coming out to and validating myself,” Jacinto said.

Another student, who preferred to remain anonymous, said, “I got my first tattoo when I was 16, and my parents still don’t know I have it. They’re Muslim, and believe that the religion bars tattoos. It’s a sunflower on my thigh, and is something that brings me joy on a part of my body that didn’t originally make me feel comfortable in my own skin.”

They are not alone in wanting to keep a tattoo lowkey. When Damion Horn ‘23 returned from a family trip to Thailand with an unalome (a Buddhist symbol representing the path to enlightenment), his close friends “really had a problem” with the new tattoo.

“They thought it was an example of cultural appropriation and since learning more, I understand why. Since then, I’ve looked into it more and I am definitely more conscious about using cultural symbols. At the time, however, I was quite upset.

“I knew the cultural meaning of the tattoo and I knew what it meant to me, but I was being criticized for something that was now permanently on my skin. This was actually a factor in my falling out with a couple of people, but I remain confident in my choice and often try to draw a separation between myself and all the yoga moms out there,” Horn said.

He believes the socially-conscious environment at Yale-NUS made him feel quite criticized for getting a tattoo (though some did support him), and that this environment propelled him to become more conscious about decisions concerning cultural symbols or phrases.

While tattoos are not for everyone, there are millions across the world that are fascinated by them. “I’m definitely getting more,” says Shanya Sadanandan ’24, who recently got her first tattoo, a sun on her ankle. “The pain is slightly addictive! And they’re so beautiful when finished, you really can’t help yourself.”

As body art continues to become more mainstream across the world, the coming years will tell whether this enthusiastic acceptance of tattoos will expand beyond the grounds of Yale-NUS to the rest of Singapore. 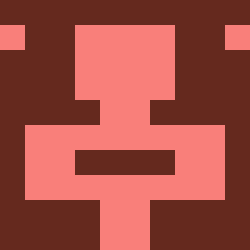