Community beyond our Campus: What happens after Graduation?

As an Environmental Studies major who also cares about social justice issues, I am sad to leave Yale-NUS College. I don’t think I’d be able to find any other place in Singapore where there is such a strong community of individuals who care about these things as much or even more than I do. Beyond caring, I have also found it difficult to find people who are able and willing to engage in conversations about these issues with good grasp of the state of knowledge of them and various angles of thought.

No matter how annoyed we get at the endless debates and disagreements on this campus, I think a part of me will prefer that to the silence that comes after leaving this community. The long strings of Facebook comment threads can be frustrating to read, but I sometimes glean pockets of insight and thoughts I’ve never had before from them. I will also miss the events dedicated to all kinds of different causes that are always happening in school. It’s this commitment to engagement and open, informed discussion in Yale-NUS that I worry I won’t be able to find elsewhere.

Hence, I turned to speak to some of my alumni friends about this concern, particularly individuals I respect a lot and who I know also treasured that sense of community while they were in Yale-NUS. Holly Apsley, Lai Ying Tong and Angela Ferguson are three students from the Class of 2018 who currently live together in a flat at Mountbatten. When I reached out to them about writing this story, they welcomed me with open arms to their home, and even cooked me dinner as I interviewed them.

Just for some context: Angela and Holly were Urban Studies majors at Yale-NUS– both people who care a lot about social justice issues, how capitalism is hurting us, and how to live appropriately in such a world. They are both Americans on the Tuition Grant Scheme. After graduation, Angela became very concerned about climate change upon reading Naomi Klein’s This Changes Everything, and has been juggling a full-time corporate job while doing environmental advocacy on the side. Holly works at the Singapore University of Technology and Design as a research associate, and studies the smart city and its implications on society.

As for Ying Tong, she works in a tech company, working on “blockchain things”. She also works on various side projects with collaborators from Yale-NUS and her Women-In-Tech group. She is one of the few Singaporeans who have moved out of home post-graduation despite still being in Singapore.

I have attended various events in their house ever since they moved into it about 10 months ago. From a vegetarian house-warming to Climate Conversations or clothes swapping gatherings, this flat has been a space for many events that look familiar to any Yale-NUS student.

“Clothes swapping was easy to organize because going to someone’s place and trying on second-hand clothes in their rooms despite not really knowing them has been such a natural component of Yale-NUS girls’ lives. Doing these things outside of Yale-NUS is just an extension of that, and now we have our own house to do whatever we want as hosts,” shares Holly. “In fact, as internationals living away from our families, I think we work harder to host such events to keep the community alive, and this ensures such gatherings just keep happening.”

The environmentally-focused nature of the gatherings hosted here has been pushed for by Angela, and strongly supported by her housemates. Angela said, “While I never really did any environmental things in Yale-NUS, doing it post-graduation was not hard, because there was an extensive network of people to reach out to who were each working on their own interesting projects. And because we are all in Singapore, it is easy to collaborate and get into it.” Since then, she has joined Climate Conversations as a facilitator, and met many other Yale-NUS alumni along the way who have independently chosen to do the same.

In fact, Angela is not alone in being more engaged with environmental issues only after graduation. She shared about how one of her friends from the Class of 2017 attended one of her Climate Conversations, and while he was someone who was never at all interested nor active in community events in school, he became so inspired that he went on to host his own Climate Conversations.

When I asked Angela why such changes in attitude occur, she attributed it to our strong intellectual foundations from Yale-NUS. “We had a period of intense intellectual formation in school, through Common Curriculum courses, such as Modern Social Thought or Comparative Social Inquiry, that really changed the way we think and empathise with the world. But the formation doesn’t stop when we graduate. It keeps evolving, and people who were not initially shaken to be active in causes for the world have the potential to be later in life. It is also good to know that you have a community of people to reach out to when you realise you care about the same causes they have been caring about since school.”

While I was relieved to know that I can still easily find community in terms of like-minded people who care about the same things as me after I graduate, some may argue that this is keeping within the “Yale-NUS Bubble”, creating a sort of “echo-chamber”.

I would argue that echo-chambers should not always be viewed in a negative light. In fact, they serve the important function of providing a support network for the people within it. Echo-chambers keep people energized, rejuvenated, abreast with developments, and provide networks to collaborate with. The flaws of echo-chambers such as insularity and inaccessibility are not innate to such communities, and only arise when the individuals within it are not cognisant of their actions. As attested to by these women, such micro-communities become ever more important when faced with changes and opposing forces from post-graduate life, such as colleagues who don’t understand why they care for climate change, or who do not see problematic issues and systems within the workplace like they do.

“Having my like-minded Yale-NUS friends to talk with and make sense of my new job and life while holding on to the principles I’ve always had has been such an important part of my growth. Together, we are able to better figure out how to negotiate these changes and develop the vocabulary to understand what we’re going through,” shared Holly.

Second, and more importantly, having this community continue post-graduation actually doesn’t maintain the bubble, but opens it up to the rest of Singapore. When Angela organised their first Climate Conversations event, Ying Tong invited some of her friends in her Women-In-Tech group, alongside the other attendees who were the “echo-chamber types” – Environmental Studies (ES) majors. After the event which included many of the ES alumni sharing about the work they’ve been doing and collaborations on the side, one of the women said “I never knew there were so many people who actually care for the environment. I am usually paiseh to bring my tupperware out to dabao food because my colleagues don’t do it and they think I’m weird. But knowing that so many people do it too, I think I’ll be less paiseh.”

This makes me think about how we sometimes take this community for granted, when it is such a rare thing to others outside of it. More importantly, this reflected to me that continuing such “Yale-NUS type events”, while mixing it with the people we meet in our lives post-graduation, really serves to expand the Yale-NUS bubble to others. Another of Ying Tong’s friends eventually went on to host her own Climate Conversation. Ying Tong herself shared, “Being someone in Science, Technology, Engineering and Mathematics (STEM) from Yale-NUS, I am fortunate to be exposed to the range of issues and thinking my education exposed me to. But it is quite alienating from the rest of the STEM community. This makes me so grateful to be housing with Holly and Angela who have always cared and known about social issues, as it reminds me everyday that these other communities exist, and that the values I have that align with them actually matter.”

While Holly, Ying Tong and Angela may be an extraordinary case of Yale-NUS alumni who have been able to keep the aspects of the Yale-NUS community that they love, I doubt they are a unique case. They show that there is so much potential for post-graduation life to still feel connected and socially fulfilling for individuals who care about things they do not find the mainstream world to care for. Moreover, the fact that Yale-NUS students become actual adults living and working in “the real world” is actually a privilege, as it allows the values we share in Yale-NUS to spread instead of only staying within it. Singapore is a small country, and hence graduating means still being close to each other, which is actually a very unique position for us. Given that the first two batches are already positively bringing Yale-NUS values to the rest of Singapore, I am excited to see how generations of Yale-NUS alumni added together will change the landscape of Singapore for the better in the future. 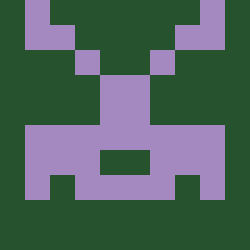