College life is the time for students to explore their academic interests, sporting goals, aesthetic endeavors and to finally become a coffee person. The once bitter, brown liquid that you’d gag at is now the only thing sustaining your morning lectures and midnight library sessions.

The COVID-19 pandemic may have taken away Brewhouse and dining hall coffee machines, but it didn’t stop students from getting their caffeine fix. In line with the Yale-NUS College mantra, even morning coffee routines have surprising diversity.

To get a feel of the ground, I interviewed a range of students from speciality coffee buffs to 3-in-1 connoisseurs. So first, let’s start with the basics.

The concept behind a pour-over is simple: you put the filter paper into a “V60” (a V-shaped cone), put some coffee grounds in, and pour hot water over it.

Dinesh ‘24 starts his days waking up to the sun. He grinds the coffee beans from his bi-weekly subscription by hand, boils some water and takes out his V60 to begin his multi-step process. Every action and measurement—18g to 300ml ratio, 45-second bloom time, careful swirls—is precise and purposeful. To him, it’s ritual. “Bloom times, boiling water, that’s what gets me out of bed in the morning,” he says.

Denyse Tan ‘24 adopts a similar routine, but she also likes to explore different coffee beans. As a roastery owner with her brother, she says, “Filter coffee is convenient and there are so many flavours to play around with depending on my mood. I love the aromatic smell.”

While the pour-over setups shared so far may seem intimidating, it’s actually more beginner-friendly than you think. Nicholas Loh ‘24 started with a V60 and grinder in January 2020 after cafe-hopping around the island. He’s practiced and learned via YouTube tutorials, imparting some knowledge with me, “People like to bloom the grounds to get the gases out, it makes the extraction process more efficient.”

The French press is another classic coffee brewing method that many people start out with when trying speciality coffee. Perhaps its most distinctive feature is its plunger, which also acts as a filter for the coffee grounds.

When Ashley ‘24 wants a hot cup of coffee, the French press is her go-to. A simple morning procedure, “Coffee grounds, hot water and a 4-minute wait time,” she shares.

For Hannah Ng ‘24, the communal aspect of it all brightens her day. She makes it a point to ask her RCA group whether anyone would like to join her for a morning coffee before preparing her $10, Carousell-bought French press for a brew. Then, she measures her grounds with a small 15ml scoop and uses about two-thirds a cup of hot water per person depending on how thick they want their coffee to be. “I enjoy coffee more with friends,” she adds.

The Aeropress sounds like a fancy futuristic device, but it functions similar to the French press. The coffee is steeped in hot water in a thin tube before being pressed out through a paper filter into your cup.

Chris ‘24 finds that the Aeropress is “a good balance between convenience and control.” After having bought the device in December 2019, he says, “I was curious as to why people are so obsessed with something people usually take for granted.”

The Aeropress is also a foolproof and consistent way of brewing coffee in the morning, as Mira Dewan ‘24 shares. 12g of grounds to 200ml of water is her ratio, and she brews it once or twice a day depending on her class schedule.

She also adds, “I like it because it gives a cleaner cup as opposed to a French press, and requires less skill than a V60. Plus, I think it looks kinda cute.”

Cold brews are smoother, less acidic and less bitter than your typical cup of joe, but they also have a reputation for being a tad expensive at your local Starbucks or cafe. What most people don’t know, however, is that they’re surprisingly easy to make at home.

Over at Elm, Loh regularly prepares batches of cold brew not just for him, but also his suitemates. In a jar, he adds two shot glasses of coffee grounds, white and brown sugar to “infuse” it, and an extra secret ingredient at the end. “The brown sugar gives it an earthy flavour while the white sugar gives it some sweetness,” he says.

Sometimes, convenience is key. With an investment like a Nespresso machine with a bunch of Nespresso pods, it’s as simple as inserting the pod and pushing a button. Each pod contains finely ground beans, and there is a variety of flavours and intensities to choose from.

Nicol Yong ‘23 got her Nespresso machine as a gift from her dad, “He said it might save me a lot of money rather than buying University Town coffee every day,” she shares. She drinks one cup per day before her morning lessons. To her, taste isn’t the most important thing, “I drink coffee out of necessity,” she adds.

Likewise, Keefe ‘24 got his Nespresso machine for college. “I’m a practical person and the coffee is really just to start off my day,” he says. In the morning, he pops two capsules in, and one by one, he pours them into his tumbler and heads off for class.

There’s nothing wrong with sticking to 3-in-1 coffee packets, I mean, those serving their Stay-Home Notice probably survived on them for two weeks. For those who don’t have a lot of time in the mornings or cash to spare on a coffee machine, these magical, powdery packets are a lifesaver. Plus, the sugar and milk help make the taste of coffee more enjoyable for new drinkers.

Coffee packets have been a part of Thet Yin Zaw’s ‘23 routine since secondary school. She’ll wake up at about 8:30 am and take a packet of her favourite brand—Super Coffee—to kick-start her day. She’s never considered switching to speciality coffee, “I’m not too interested in the coffee-making process,” she says.

For Silvia ‘24, the dining hall Nescafe packets are an essential component of her daily iced lattes. She microwaves a quarter of a mug of milk, then adds the 3-in-1 packet mix along with 10 ice cubes. “I started making coffee like this during the Circuit Breaker because I was losing a sense of routine”, she says. “The cold hits you different, gets you ready in the morning, makes you feel ready to do things”.

People tend to think that you’re either a die-hard coffee guru or you’re not, failing to recognize that there’s a wide spectrum existing in between. For those in Yale-NUS with a refined palate for coffee, the morning brew is like a daily ritual for them. It’s their hobby, and it’s something they’ve grown to love and enjoy.

On the other hand, those who need caffeine just to get by should feel no shame. It is college after all. But the world of French presses or pour-overs shouldn’t feel like an inaccessible one; coffee-brewing isn’t rocket science. In fact, many of the people I interviewed had only recently gotten involved in speciality coffee. It’s a choice if you ever want to explore new ways to drink coffee, and there are plenty of people willing to guide you along the way.

Regardless of what type of coffee drinker you are or how you prepare it in the mornings, we can still all give a hand to the magical, life-sustaining bean. 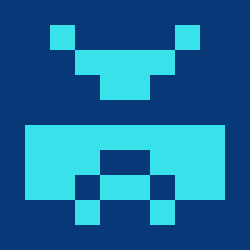