NUS Students in our Shared Spaces

There are 37,000 of them, and only 1,000 of us. We are the same legal entity, yet we refer to them as though we are the ones in New Haven, rather than just one automated gray gate away. We keep a narrative that we’re an essential part of them, but how often do we acknowledge that they are equally a part of us too?

In fact, it may be a misnomer for me to call it “Our” shared spaces, given that every Yale-NUS College student has another card (on top of the National University of Singapore’s (NUS), most commonly used to get the discount at the Swee Heng bakery) for our facilities. Here at the Octant, many articles have already been published on Yale-NUS elitism, our “bubble” and our ivory towers. But limiting our discourse to only Yale-NUS students may well reflect a degree of self-absorption on our part. And so I hope to do it here by carrying on the conversation started by a previous article, and to perhaps leave a question of what our next steps should be – we talk about inclusivity, but how should it look like?

With module registration season setting in, it is a common scene to see Yale-NUS students scrambling not only for the YXX modules, but also for the various permutations of the alphabets that NUS modules represent. Perhaps it is because they offer a greater variety, rake better reviews on reddit-like pages, or even to escape the stifling piles of readings we (need) to have to survive as Liberal Arts graduates. But, it may not be common knowledge that NUS students do file for Yale-NUS modules as well, though facing a disproportionate rate of success.

According to Yale-NUS Registry, there are a grand total of 16 NUS students registered for Yale-NUS modules this semester. Out of them, seven of them were for language modules, while nine were in other modules, with students coming from the Architecture, Social Sciences (FASS), and Computing and Science faculties. It is not the easiest process for them to get into these modules, as it is only open to them after Round 1 of module registration and when excess spaces are identified.

Soh Xian Hui NUS School of Design and Environment ‘21 decided to participate in the Drawing Methods module despite being unable to officially enrol due to limited spaces. She relates that she appreciates that class sizes are kept small and that there is an emphasis on hands-on teaching rather than static lecture lessons, which makes for a more enriching session. Soh says that she “enjoyed this module the most from [her] 4 years at NUS.”

Maybe what Soh says will come as no big surprise to some, for there is no surprise in knowing that we at Yale-NUS do enjoy better access to resources than most others in NUS. But we may not fully appreciate just how much, when we lack the perspective of contrast. To some NUS students, this becomes immediately evident in spaces such as our student organizations.

Carol Yuen NUS School of Law ’19 and Suraendher Kumarr NUS FASS ’19 were both members of the Community for Advocacy and Political Education (CAPE) before they graduated, and remember their experience in it fondly. Both previously faced difficulties in running a civil activism club in their respective faculties; Yuen shared that clubs had to be relevant to the law and preferably pro bono in order to be recognized. Kumarr points to the many layers of restrictions in his faculty and residential college, such as requiring posters needing to be approved by the student council before being able to post them up within college premises. How then, did they feel as a NUS student within this space?

On the other hand, Kumarr said, “Looking back, I recall initially feeling a sense of exclusion as an NUS student in the first few months I was there. It was very task-oriented and as a result, did not at first allow for longer-lasting ties to develop across the groups we were already in.

“This changed as I got more active in the group and as a result, ended up forming friendships with Yale-NUS students. What also helped was the organising of potlucks and get-togethers to just kick back and relax with fellow CAPE members. Those informal opportunities to socialize were, I think, very helpful in forming bonds between NUS and Yale-NUS students. The initial feeling of exclusion was probably a result of sociological in-group out-group dynamics and the nature of our work. I believe CAPE has gotten more NUS students involved and the executive committee has always had a number of NUS students in it, who roped in more NUS students.

“What doesn’t help however, is the idea that CAPE is a Yale-NUS organization run solely by Yale-NUS students (I think many members of the public have this image of CAPE). I think that’s not true– unless we define CAPE by its physical location where it regularly holds its meetings. There’s quite a healthy mix of NUS and Yale-NUS people actively involved in CAPE.”

Oftentimes, all we really need to do is hear the other side. To know that we shouldn’t be self-assured in not only taking our spaces for granted, but also how we make it accessible to others. Regarding one of our most contentious spaces, when we think of our library and NUS students, we generally think “seat hoggers”. But they’re human too, and perhaps Lim Zheng Chuen’s NUS FASS ’23 account will seem familiar to many of us:

“When I used the Yale-NUS library space, I didn’t feel like I was in Singapore – I felt like I was transported to a library in the United Kingdom. It’s a really nice place to study and I’m glad that all NUS students have access to the space. I managed to do a lot of work there and was really productive. Perhaps my only feedback is that there isn’t more space, as it is a really nice place to study. I would wish for more people to be able to study there.”

But even with such narratives, we should acknowledge that these shared spaces may always be Yale-NUS spaces first. It is definitely not the fairest of demands on those who pay college fees, or commit to a bond to be expected to support a space for others who may not directly contribute to it. It is not the purpose of this article to prescribe exactly how we should structure our spaces, but at the very least, this author hopes that we have the capacity to consider that we, students in both Yale-NUS and NUS, share many of the same aspirations for ideal spaces. So, could we then think of how we can make our spaces here in Yale-NUS to be one for more than just Yale-NUS students? 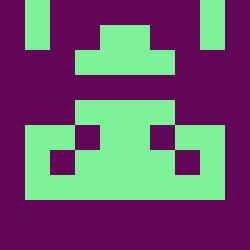