It is not easy to know how to feel about a death, especially if it happens to someone neither close nor far from oneself. Where does general sentiment end and personal mourning begin? Several Yale-NUS College students in the Class of 2022 have asked themselves this question upon learning about the passing of Mr. Tay Lai Hock.

For most freshpeople in Elm, Mr. Tay was the director of Ground-Up Initiative (GUI), the organization that planned the Elm Residential College Teambuilder during Orientation, whom they had only briefly encountered. Under Mr. Tay’s instructions, the students engaged in a roleplay under the theme of an Artificial Intelligence invasion. Sitting on the floor, “ducking” under the radars of humanity’s new overlords, students listened to his speech about the dangers of mindlessly conforming to the high-tech society we live in without reflection nor concern for nature. During the activities, other members of GUI would occasionally demonstrate their respect whenever they mentioned him. The final words spoken to the assembly of tired students in Elm courtyard in the evening was our last encounter with Mr. Tay.

A week later, several Yale-NUS students found out that Mr. Tay had passed away through an article in The Straits Times that was spread between Residential College Advisor (RCA) groups. It was easier for the freshmen in the other two Residential Colleges to adopt a general sentiment. Up to that point, the stories that were being exchanged were more about how the teambuilders—especially that of Elm—could have been better. Aside from the usual respect towards the deceased, most did not feel an impulse to mourn because of this sense of distance. There were, however, a few exceptions.

To students who had already been involved with GUI, Mr. Tay was known as Chief. Hazeem Abdul Nasser ’22, who attended Mr. Tay’s wake on Aug. 18, first met him through a community forum for non-profit leaders. He describes Mr. Tay as a man who was willing to speak his mind, stood for his moral convictions, and rallied others behind him.

Among the qualities of Mr. Tay that inspired his followers, his own life story was the most prominent.

Mr. Tay’s humble background drove him to work from an early age. His drive landed him a six-figure job in IT. Then, after reading about the SilkAir plane crash on the news, he thought about the brevity and unexpectedness of life and death. This prompted him to fulfill his dream as quickly as possible, starting with a backpacking trip around the world. After working with those he met during the trip to improve their quality of life, Mr. Tay decided to create a community that would focus on living well and cultivating one’s mindfulness: GUI.

Then there are those who had gotten to know him better from the Teambuilder activity. Some had talked to him after he invited everyone to tell him their thoughts about that day.

Frances Pek ’22 attended his wake with hopes of getting a more holistic view of Mr. Tay as a fellow human being. Initially, she had felt guilty about having defined him and the GUI team with her single-sided story of a negative teambuilder. At the ceremony, she met those whose lives were impacted by their admiration for and friendship with Mr. Tay. This included people with whom Mr. Tay had kept up with through occasional texts, and one with whom he shared 3,500 cups of teh halia with over a longer period of time.

“Many who viewed him as a mentor shared that he was always willing to offer any form of advice or support, which greatly helped them muster up the courage to make life decisions,” said Pek. “The huge community that gathered at his wake is a testament to the impact he [had] made.”

This was Tay Lai Hock, the man with whom our paths in life once crossed. 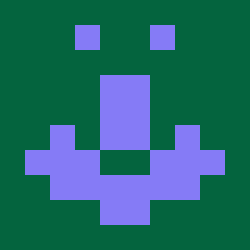