I think I could make friends with ghosts. I don’t entirely believe that they exist, but if they did, I would like to think I could go, “Hey, you’re immaterial. That’s cool, wanna be friends?” And they’d say, “yes.” Even the malicious ones. After all, what better way to make new friends than to flatter them to the heavens?

From casual conversations around Yale-NUS College, it seems that the desire to befriend ghosts is not too popular—though the uncertainty about whether they truly exist is very common. Most people that I’ve talked to are of the opinion that science explains most phenomena, but when things get really weird, there’s only one answer left: the supernatural. Indeed, there are a number of purportedly supernatural occurrences on the Yale-NUS campus. I set out to find out more about them and the people who experienced them, wondering if I would be able to find anyone else who would befriend some school spirits.

Our first story from Saga College has a sole witness—perhaps making it all the more likely that the only explanation could be the supernatural, since no one else was around to put the blame on. The student in question moved in this semester earlier than most of their other suitemates as they were involved in orientation.

At a time when the suite was supposed to be empty, the front door kept opening and closing, as if there were others ready to move in and start the semester with them. Confused and understandably spooked, this student was ready to call it a ghost before one of their suitemates reasoned it away by saying it was “just the wind.” A classic example of the supernatural versus science, this story is strange enough to keep you vaguely wondering about it at night.

When asked if they believed in ghosts, the student said that they did, but they hadn’t seen proof of one yet—and if they did, they’d “probably enter […] a state of cognitive dissonance.” I asked them whether they would try to befriend ghosts, and they replied that they would probably run away, unless the ghost looked friendly, in which case they would stick around just to see what they were up to. What would make this student befriend them for certain was if the ghost, in particular, liked history—they said they would befriend them for some interesting oral history.

The next supernatural encounter took place a couple of years ago in Saga College. It was past two in the morning and everyone else was thought to be asleep when this Yale-NUS student heard a sudden movement in the common area of their suite. Intrigued and bewildered, they listened closely to the sound of things being moved around on the tables outside.

All of a sudden, the student heard something being picked up and thrown down the hallway towards their room. Opening the door almost immediately, the student found a lighter pointed directly at their door. Picking it up, they rushed out to see who threw it, but no one was there. Eager to get to the bottom of this strange occurrence, the student woke up their suitemate, who not only claimed that they were not the ones who threw the lighter at their door, but also that the lighter was broken and there was no reason for anyone to touch it in the first place.

After that, the two of them tried to wake up another suitemate to figure out what had happened. But as they neared their room, all they heard was TV static from behind the door. And there was no answer when they tried to wake their suitemate up. At this point, they concluded it was probably “some weird drunk person or something.”

The next morning, they asked their third suitemate if they’d thrown the lighter down the hallway. Again, the answer was no. But here is where the story gets more interesting: that suitemate had had an odd dream that night of someone watching over them from the desk, and the laptop on the desk had suddenly shut. That was when they woke up with the need to write down their dream in their journal. But when they got to the part about waking up they started to draw a long horizontal line on the page, although they claimed to not remember drawing it at all.

After questioning everyone in the suite, the first student realized that the paper on their door that said “Fire Warden” had been burned—now, it just said “Fire.” The student recalls thinking along the lines of, “No way, like, who did this […] this is so creepy, why is it on me, why is it on my door?” They suspected one of their suitemates had done it, but with everyone denying involvement, they had to admit that “everything was just pointing towards the supernatural,” though they would much rather have a rational explanation for what had happened.

Befriending a ghost was not an idea these suitemates had considered before, and not one they were keen on taking up. With a supernatural encounter as eerie as theirs, I cannot blame them for wanting to steer clear of any spirits they might come across.

I spoke to another student, Max Lopez ’23, from Saga College, who claimed to have a ghost living in their room for a semester last year. According to Lopez, the ghost “played around with the main light in [their] room and it would flicker in different patterns once in a while.” Though Lopez and their suitemates felt scared at first, as many would, they quickly came to the realization that it could be a friendly ghost. And thus, though they considered the possibility that it was a faulty light, they said, “I thought that if Infra came and tried to fix the light but it was indeed a ghost, then the ghost would understand that as a war declaration.”

They even spoke directly to the light to tell the ghost that they would not be involving Infra and that they wanted a positive relationship with the ghost. After establishing that no harm was intended, the ghost became more “sociable” and allowed them to record the light flickering, which they had found hard to do before. According to Lopez, their suitemates never felt any hostility in their suite and believed that it was just a friendly ghost. They lived peacefully with the ghost for the rest of the semester.

Lopez said that they believed in ghosts when they were told ghost stories, though they never thought they would encounter one themself. When they did, they treated the matter with complete seriousness, and this allowed them to coexist with the supernatural.

The fourth encounter, coming from Max Han ‘24 in Elm College, is funny, spooky, and baffling all at once. Earlier this semester, Han brought his things up from the laundry room only to find a bra that didn’t belong to him among his clothes. Thinking that it had probably been left in the dryer by the previous user, he returned it to the laundry room. Problem solved—or so he thought.

The next morning, a bra was found hanging on his suitemate’s door handle. While the suite’s first reaction was to joke about how someone “had a wild night,” it soon became clear that there were more mysterious undertones to this event. Han quickly realized it was the same bra from the laundry room, and, even weirder, all of his suitemates claimed to have no involvement with said article of clothing. With no logical explanation, Han concluded that there must have been some supernatural entity who had chosen, for some reason, to haunt him with a bra.

I asked Han and one of his suitemates whether they would befriend a ghost and they readily said they would. They even call this playful ghost their suitemate and are “super chill having them live there”.

The final story also comes from Elm College. Nicknamed Jasper, this ghost was an unruly spirit. The student I talked to said that they kept hearing sounds from the bathroom at night when they were trying to sleep. It could not have been a drain or pipe issue as there was a distinct sound of the tap turning on and off. Someone had to be messing with the taps. Finally, after weeks of bearing with the noise, this student was left alone in the suite as everyone else had gone home for the holidays. But the mysterious tap noise persisted.

To rule out the possibility of someone coming into their suite to use the bathroom, the student locked the main door, but the problem remained. Eventually, they decided to confront whatever was happening one night. That was when they saw a shadow across the floor, apparently cast by someone standing in the bathroom. Hesitantly, they tried to ask the ghost what they were doing, and if they could stop using the tap incessantly at night, but there was no clear response.

The next semester, more odd things happened in their suite, and they and their suitemates chalked it up to the doings of their new suite ghost—Jasper. Though Jasper continued to give them trouble, they all got used to his presence over time. The student I talked to even said that they greeted Jasper every time they left their room. Though none of them truly believed in the supernatural, when it came to unexplainable things like this, it was easier and more fun to simply leave it as a collection of ghostly encounters and nothing more.

From benign to sinister, the supernatural encounters at Yale-NUS (Saga and Elm College in particular) are both amusing and confusing for students walking the line between superstition and science. For some, these school spirits are strange, but not unwelcome, suitemates. For others, they are downright creepy. Personally, I would still like to try my hand at befriending all kinds of spirits, though I am starting to think that if I keep asking about them, I am going to end up with a lot of problems—I mean, friends—at my door. 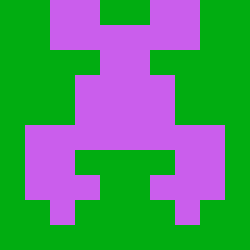