Picture this: a tiny liberal arts college in the middle of a conservative nation, a utopia nestled within reality. Seemingly impossible, yet here we are—with one tiny caveat.

When I first dragged myself and my baggage here, I thought, “This is the turning point, this is when my life will change.” I came armed with my cactus, pride flag, and naïveté; I wanted to throw myself at all activism and advocacy groups on campus and live up to all of those stereotypes Singaporeans have of us.

What I saw shook me—diversity of opinions? In my liberal arts college? I nearly dropped out. Wait till you find out that being in Singapore, surrounded by conservative values and close-mindedness, affects all students at Yale-NUS. Scandalous.

But as I sat down with “F” and “Kayla” to hear more about their experiences as queer students in Yale-NUS, I started to appreciate our focus on diversity.

Between mouthfuls of dinner, F painted a more realistic image of the queer community at Yale-NUS. Hailing from an even more conservative country, being queer was a topic that rarely came up and was a crime. They identify as non-binary and gay and is “in a much better place now thanks to Yale-NUS”.

“Yale-NUS tends to be better than most places”, they say. But off-campus, “it is very different, less liberal, and I fear backlash.” Yale-NUS is regarded as generally safer than the wider Singaporean community, and as a result, there are more openly queer people.

Kayla, a bisexual woman, “was a lot more introspective” about her own identity, especially reflecting on what it’s like to be a straight-passing bisexual person. In a way, Yale-NUS has helped her make sense of her past experiences and how her identity has fit into all of it.

Professors here are also generally accepting, with many, even those who may have grown up in conservative environments, ask for students’ pronouns. Kayla recalls an incident where “a professor sent an email to a student who misgendered another student, telling him to work on it”.

Rainbows and unicorns aside, “Yale-NUS can do better.” In terms of diversity and representation, “the queer community in Yale-NUS is very male-dominated…there is not enough representation for gender identities.” Kayla has also noticed that “the queer spaces on campus are quite dominated by a group of loud and proud people, they form the center of the queer narrative in school and can be quite intimidating for those who don’t fit the narrative.”

Despite all of that, Yale-NUS itself provides a safe space for queer students to live authentically and explore their identities. The bigger issue here is Singaporean society.

A common topic that popped up in both conversations was the difference in the queer experience as an international student and as a Singaporean student. For Singaporean students, family and friends are just gossips away, a fact that scares a lot of students back into the closet.

There is also the concern of post-Yale-NUS life. What is it like to reintegrate back into harsh reality? While Singapore certainly has its fair share of homophobia, this isn’t a Singapore-exclusive problem. Employers often express discomfort with queer colleagues, perhaps not outright, but it certainly makes for awkward work relationships.

Students have started thinking of plans to deal with this, accepting the fact that eventually, they would have to leave Yale-NUS and get back in the closet, openness and pride all a relic of a not-so-distant past.

Kayla mentioned, having just one queer person in your life can make all the difference. The issue of LGBTQ rights and equality in Singapore no longer seems as distant and inconsequential. Singaporeans need to see that their unwillingness to change their ways and their insistence that they are not ready for equality is hurting the people close to them.

Yale-NUS’s support for the LGBTQ community needs to extend outside of this small bubble and into broader society. The outside world affects queer students as much as the college community does. It is tempting to ignore all negative opinions that exist—believe me, I’ve been there. However, we will never be able to change minds if we don’t talk and think critically about our views and encourage others to do the same for their own views. 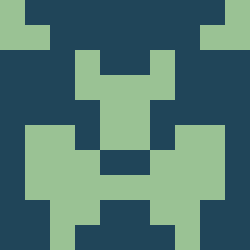