Singapore has often prided itself on being a garden city. Lying in one of the world’s most biodiverse regions while also contending for every acre of space, the country has developed a tricky balance with nature. This delicate balance can be observed in the country’s shrinking primary forests, the replacement of wetlands by land reclamation and sea walls, and the proposed conversion of large areas of Mandai to an eco-tourism site. While these areas of great environmental importance and high biodiversity continue to lose ground to the various development projects, Singapore ostensibly seeks to maintain the nature-urban balance by incorporating even more ‘natural’ elements into the urban space. This balance is tense and different, and observers view the city greens in vastly different shades.

A similar  relationship with nature plays out at Yale-NUS College. One could say that the concrete buildings of Yale-NUS lie in stark contrast to the natural elements that surround it. This would simply not be true; there is very little contrast in the greens and the greys. Yale-NUS’s efforts to bring the gardens into the buildings and to constantly maintain the greens rid the college spaces of most human-nature dichotomies. [1] Here, “nature” and the human-built environment are difficult to distinguish since each element seems to heavily influence the other.

Do not forget, however, that Yale-NUS lies in the biodiverse tropics, and for those who are willing to look away from the busyness of their student lives, there are wonderful beings all around.

Perhaps the most recognizable example is the oriental pied hornbill. Sometimes mistaken for toucans by those more accustomed to the birds of the Americas, these hornbills are distinguished by their distinct yellow beaks (bills), black-and-white bodies, and in the case of males, a large casque on top of the beaks. Hornbills are mostly frugivorous (fruit-eating), and thus play an important role in the seed dispersal of larger trees. The Singapore Hornbill Project has been involved in building island-wide artificial nest-boxes for these animals, and their numbers have rebounded in the country Students from the conservation biology class taught by Philip Johns, Senior Lecturer in Life Sciences, were involved in collecting sightings of the hornbills—eventually contributing to iNaturalist, a citizen science biodiversity-sighting application. Their efforts were aided by the fact that a hornbill pair built a nest and had a chick in a tree cavity near campus. According to Johns, hornbills have a peculiar nesting system, whereby the female walls herself into a tree cavity during incubation while the male feeds her through a small opening in the cavity.

Hornbills aren’t the only birds on campus. Yale-NUS also boasts regular sightings of the Brahminy Kite, and white-breasted water hens are often seen venturing out of their swampy residence around the eco-pond. Other bird species like Asian Koels, pigeons, some munias, white-collared kingfishers, and olive-backed sunbirds have also been seen on campus. Besides these native species, migratory birds also pass through the Yale-NUS campus. Singapore lies on the East Asian-Australasian route, meaning that many birds from colder regions in the North fly to warmer lands during the winter via Singapore.

Other animals that are seen fairly regularly on campus are presented in the attached illustration. However, besides these animals, the college has also witnessed some rare encounters. A civet cat was seen around Cafe Agora, while a small monitor lizard was photographed basking beside the eco-pond. Even otters, Singapore’s most beloved critters, made an appearance right outside the Yale-NUS campus in the University Town grounds.

Many of these animal sightings were posted in the Yale-NUS Non-human Friendposting Facebook group. The group was created by Wong Cai Jie Jay ‘21 in 2018. Wong had previously been in other groups with a similar concept (e.g. cat spotting) and “thought it’d be cute to have a little online community space to appreciate the non-human life that we share this campus with.” The group has grown beyond expectations and now has over 400 members. It is the go-to place for posting pictures of animals on campus, with people commenting on these animals’ species and occasionally sharing interesting facts about them.

Sankar Ananthanarayanan, former Dean’s Fellow at Yale-NUS and co-founder of the Herpetological Society of Singapore (a group that conducts education and outreach on amphibians and reptiles in Singapore), has been the resident expert in identifying the animals. “The campus has some pretty cool reptile and amphibian diversity,” Ananthanarayanan says, alluding to the Sumatran flying dragons that live in the trees next to Elm College and the frogs and toads that can be heard calling from their puddles and ponds after rainy nights.

Beyond the identification of animals—and the numerous cat pictures that often pop up—the group also has posts that seek help for possibly injured animals. There have been instances of squirrels getting stuck in window structures, nestlings having fallen to the ground, and bats seeking refuge in shoes. In many such instances, the Yale-NUS student community has come together and aided the college’s non-human residents. After Paul Yee ‘21 posted about a snake (later identified as a paradise tree snake) lying on the Saga Entrance Gate, Ananthanarayanan helped move it to its usual arboreal habitat on a nearby tree. Wong believes that this sense of care towards non-humans, alongside the knowledge-sharing and collective fawning over cute beings makes the group very wholesome.

While these animal encounters mostly inject some novelty into the sometimes mundane days on campus, there are also reminders of some not-so-desirable phenomena that play out in our “global” community. Many places around the world have seen non-native species—introduced knowingly or unknowingly to the environment by humans—and Yale-NUS seems to be no exception. Green iguanas, native to Central and South America, were recently observed on campus. The eco-pond is home to a few red-eared sliders, a turtle species native to the Southern U.S. and northern Mexico. These turtles are a popular pet species and they have been classified as one of the world’s 100 most invasive species by the International Union for Conservation of Nature . Both these species were most likely pets that were discarded by their owners; the turtles were probably released to the pond by members of the Yale-NUS community. Besides these reptiles, the Javan Myna—Singapore’s most abundant bird species—lingers in and pretty much occupies the campus, far from its native range of Bali and Java.

Apart from the names mentioned in this article, there are other less eventful animals that inhabit the nooks and crannies of the campus. The slugs, geckos, flying ants and other species that live amidst us (an uncomfortable sight for some) are as much a part of the college’s ecosystem as the more conspicuous hornbills. The painted jezebel butterfly and the burning carpenter bee that have been spotted on campus are important pollinator species. The eco-pond is home to several dragonfly species, which, as mentioned by Eunice Tan, Assistant Professor of Environmental Studies, “spend a part of their life cycle in the water, eating other insects (eg. mosquito larvae).” Thus, these species provide important ecosystem services to Yale-NUS.

Moreover, apart from the animals that physically occupy space on campus, the kingfishers, the tigers, the owls, and the serpents that serve as symbols and seek to provide meaning to different aspects of college life also hold a place at Yale-NUS.

[1] Human-nature dichotomy is an idea that defines “natural” elements as those elements that are separate from the human-built environment. In doing so, it creates a separation of “nature” and “human”, which often ignores the complex, intertwined relationship that humans have with the natural environment. 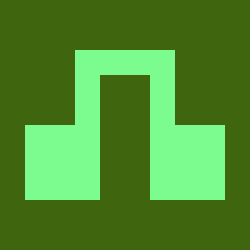