The pneumonia-causing virus 2019-nCoV, more commonly known as “the Wuhan coronavirus,” has created a rapidly growing health concern since its first confirmed case of infection on Dec. 8, 2019 in Wuhan, China.

Expectedly, the epidemic has created polarizing reactions — some find themselves amidst an apocalypse like in the 2016 film Pandemic; others laugh at the “timidity” of mask wearers. But in most cases, the reality about the spread of 2019-nCoV falls between the two extremes above and must be treated with both calm and caution.

By compiling some important information about 2019-nCoV from different stages of the ongoing epidemic, I hope to create a comprehensive profile for the virus. By doing so, I wish to encourage scientific understanding of 2019-nCoV-induced pneumonia and rational approaches to disease prevention.

The Huanan Seafood Wholesale Market in the port city of Wuhan was quickly identified as the source of the seemingly contagious disease and closed on Jan. 1, 2020. China then attributed the growing number of pneumonia cases to 2019-nCoV, a novel strain of coronavirus.

China confirmed 59 cases of 2019-nCoV infection on Jan. 9, 2020 and the first death due to the virus on Jan. 11. On Jan. 23, China halted all public transportation in the city of Wuhan, and has since locked down 15 more cities.

Despite international efforts in disease control through airport screening and quarantine of confirmed and suspected patients, 2019-nCov has quickly spread within and beyond  China. The World Health Organization (WHO) declared 2019-nCoV outbreak a global health emergency on Jan. 31, 2020.

A Cryptic Cousin of SARS-CoV

In fact, 2019-nCoV and SARS-CoV belong to the same family of viruses, which also includes the common cold virus and MERS-CoV (Middle East Respiratory Syndrome). Similarly to the SARS and MERS coronaviruses (CoVs), 2019-nCoV is capable of human-to-human transmission.

The virus can spread through sneezes, coughs, and even physical objects. Scientists suspect that 2019-nCoV is capable of transmitting through other unconfirmed vectors, including feces and eyes.

However, unlike SARS- and MERS-CoVs, 2019-nCoV has a uniquely long incubation period of up to two weeks, which makes the infection incredibly hard to identify in time for quarantine and treatment.

Many patients, such as the first confirmed case of 2019-nCoV infection in Singapore, were able to pass airport screenings with ease and develop symptoms later.

Furthermore, scientists have discovered that 2019-nCoV patients can be infectious even before they display any symptoms. The ability of 2019-nCoV to spread during its long incubation period revolutionizes the difficulty of disease detection and has allowed the number of infections to rapidly skyrocket.

Meanwhile, according to China’s National Health Commission on Jan. 26, 2020, 2019-nCoV is evolving to become increasingly infectious. As a result, scientists believe the actual number of 2019-nCoV infection to be much larger than the number of confirmed cases, with a study published in The Lancet estimating 75,800 infections in Wuhan alone.

There is currently no cure for 2019-nCoV-caused pneumonia. That being said, China is starting to use anti-HIV drugs to treat 2019-nCoV patients as an expedient plan.

Australian scientists are creating an antibody-based test to diagnose 2019-nCoV patients who have not shown symptoms.

Researchers at the University of Hong Kong have reportedly developed a vaccine against 2019-nCoV, though it could take at least a year of animal and clinical testing for the vaccine to be widely applied.

The easiest way of insulating oneself from the virus is to avoid crowds. 2019-nCoV spreads primarily through close contact. If one displays any cold or flu symptoms, they should wear a mask while in public in order to protect the health of both themselves and others around them.

Another important barrier to infection is the human skin. One should avoid having cuts in their skin, which 2019-nCoV could exploit as an entry point into one’s body. If one unfortunately cuts themself, they should immediately rinse their wound with water and cover it with a bandage.

As there is currently no treatment that specifically targets 2019-CoV, one’s immune system is the most effective defense against the virus upon infection. Therefore, one can better protect themselves from the virus by living a healthier lifestyle — via simple practices such as sleeping early and maintaining a vitamin-rich diet — and ultimately keeping their immune system strong.

By Feb. 1, 2020, 18 cases of 2019-nCoV infection have been confirmed in Singapore. In an effort to prevent further spread of the disease within its borders, Singapore has suspended the right to enter or transit in Singapore for all Chinese citizens who are not permanent residents of Singapore or long-term pass holders.

Meanwhile, Scoot, a Singaporean low-cost airline, will suspend all flights between Singapore and China effective Feb. 8, 2020.

The policies at the National University of Singapore (NUS) and Yale-NUS College have been in compliance with the regulations imposed by the Singaporean Ministry of Health. Both NUS and Yale-NUS have enforced a 14-day compulsory leave of absence period for students and faculty who returned to Singapore between Jan. 13 and 27, 2020 or will return after this period.

Additionally, the schools have required students to declare their past and planned travel plans between Jan. 14 and March 31, 2020. Students must also submit their body temperatures daily to the schools.

2019-nCoV has spread with revolutionary speed and taken lives. However, it is also important to remember that the virus has, at least as of now, a death rate that is more than 4 times lower than SARS. Meanwhile, contemporary biomedical research is decoding the virus at a much faster rate than scientists were able to do with SARS 17 years ago.

As civilians, we can still effectively contribute to the containment of 2019-nCoV by practicing scientific preventative measures while refraining from spreading unfounded anxiety and fake news related to the virus. 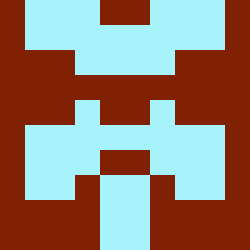