In a year where almost nothing has gone according to plan and progress seems to be undoing itself, it’s worth revisiting the words of Oscar Wilde:

“A map of the world that does not include Utopia is not worth even glancing at,” wrote Wilde, “for it leaves out the one country at which Humanity is always landing. And when Humanity lands there, it looks out, and, seeing a better country, sets sail. Progress is the realization of Utopias.”

Getting to utopia, however, often involves some disagreements, especially at a certain liberal arts college in Asia.

Like most idealistic freshmen, my Yale-NUS journey stretched out invitingly, rather utopian-like. Or utopian-lite, with mask-wearing and social distancing in place for the foreseeable future.

At The Octant’s first in-person session for freshmen, much of the evening was spent discussing article pitches. As hand after hand went up and ideas filled the whiteboard, it seemed most freshmen were criticising some aspect of the school we’d only known for two weeks. The upperclassmen’s shared anecdotes only seemed to reinforce this – they spoke of The Octant’s role in accountability and transparency, as if facing an actively antagonistic administration.

Perhaps after twelve years in the Singapore education system, I could not comprehend the idea of a school publication where students expressed dissatisfaction so openly. This was college, after all! Welcome to the real world, idealistic JC kid.

Okay, that was a tag overdramatic. Later, when I browsed The Octant in a more rational state of mind, it was hardly dissertations of dissent. Most were personal, lighthearted pieces with a poetic tinge. Critical pieces were infrequent and some were directed at the Yale-NUS student community, not the college administration.

But what explains most of The Octant’s prospective writers’ dissatisfaction? More broadly, why did Yale-NUS students generally seem dissatisfied with the administration?

(The author is aware that The Octant may not accurately capture the views of all Yale-NUS students and it would be unreasonable to expect it to do so. Subsequent sections of this article discuss the larger Yale-NUS student body, rather than focusing on The Octant.)

Perhaps part of the reason for a cloudy outlook is biological. As humans, negative stimuli leave deeper and longer-lasting impressions on us than positive ones. This may have been an evolutionary advantage – those who remembered where the wild things were had higher odds of survival. In our modern lives, first world problems stick in our heads longer, forming the subject of a disgruntled tweet or Facebook rant. Bigger problems, like unpopular college policies that clash with one’s worldview, would naturally spring to mind more easily.

But biology aside, let’s look at what we can control:

The recent debate over student government stipends and last year’s Week 7 LAB controversy seem to reflect a frustrating cycle: An important action is taken without clear communications. Student journalism intervenes. There is general dissatisfaction and complaining. Finally, the administration makes clarifications to placate the masses. Life returns to normal.

Instead of letting a thin layer of dissatisfaction fester, this drama seems like it could have been avoided with better communication and understanding on both sides. In the case of StuGov stipends, it would have been better to make this knowledge public earlier to set context, rather than have rumours flying.

On the other hand, students also need to understand the administration may operate under constraints or context unknown to us. Although we are not privy the decision-making at higher levels, let us assume good intent until proven otherwise, Like all institutions, the college administration fails us at times. But we might not know the circumstances under which some choices were made.

In particular, we need to understand Yale-NUS’ position in the wider NUS community. Although officially an autonomous college, the distinction is often glossed over by NUS students who think we are ‘basically another RC or faculty’. For example, when Yale-NUS students had the option to S/U modules during the harried transition to online learning, NUS students raised it as an option because to them, we had set a precedent.

To ensure a healthy, functioning relationship, both the college administration and Yale-NUS students must actively work to foster understanding.

This does not mean dissent has no place in Yale-NUS. Change is wrought in many ways and dissent is a powerful tool if used widely. Perhaps it is not unexpected that students admitted for their willingness to change the world would start with the campus around them, questioning their privilege and challenging institutions. It may well be a mark of intelligence, not petulance, to debate the principles behind issues that affect you.

Dissatisfaction with the status quo is human. We hold Yale-NUS’ students and administration to better and higher standards because we believe they have the potential to meet them. Like any institution, Yale-NUS needs loving critics and critical lovers, not sycophants.

While the journey to utopia might involve some detours and tempered expectations, it might not be such a Wilde idea after all. 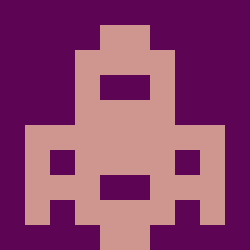 Two Households Both Alike in Dignity: A Rector’s Tea Lecture on Singapore’s Otters