Student Government elections have never happened in April before. From now on, instead of a single election taking place each August, there will be one election in April for the executive board and another in August for the Senate. The executive board comprises of the President, three Vice Presidents, eight Directors and a Secretary. The Senate is made up of the Speaker, Class Representatives, Deputy Class Senators and Student Senators.

This new schedule ensures there will be no first-years holding executive board positions, while still allowing them the opportunity to elect a class representative in August.

This change in term period also coincides with the closure of the school’s financial year that ends every April. In the past, the outgoing government spent some of the incoming government’s budget during summer, which makes things awkward.

Previously, students had voiced concerns of whether first-years should hold executive positions one and a half months upon entering the college. A Strategic Reforms Committee was created to increase the visibility of the Student Government and proposed an amended constitution allowing for elections for the executive board to take place in April. In a statement released on 26th  August 2018, then acting President Scott Chua ’20 informed the student body that 8 out of the 10 members of the council voted in favor and passed an amended constitution.

It has also been ruled that it is constitutional for Senate members to take part in the April Executive Board elections. It is understood that their duties are minimal during summer break and will not be in conflict of interest.

In addition to the new timing, the election will have a reduced quorum of 25% participation of the eligible student body for the results to be considered legitimate. This is lower than in the August 2018 elections and January 2019 by-elections, where the quorum was 50% and 30% respectively. The quorum was lowered to account for the likely lack of participation from graduating seniors who have less stakes in the results of the elections.

While the August 2018 elections reached quorum, the January 2019 by-elections only had 17% participation rate. If the total votes do not hit quorum, the Election Committee will have to extend the election period. In the January election, all candidates received more confidence votes than ‘No Votes’. In this case, four members were appointed into the Student Government by the President.

No Vote and Presidential Appointments

Based on the number of candidates running for this elections, there will likely be three unfilled positions. As the ‘no vote’ and ‘presidential appointment’ still stand, the Student Government Constitution states “the newly-elected President shall appoint any member of the student body they deem fit to occupy the vacancy.”

In the past, there has been debate over whether having people take office through presidential appointments is fair. The Election Committee has no jurisdiction over these options. These changes would be constitutional and can only be approved by the Senate.

This Student Government term period that starts and ends in April, will remain for future rounds. 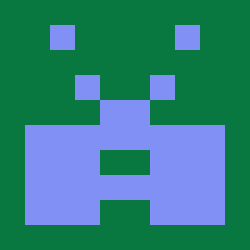