It’s fair to say that Singaporeans are not proud of Singlish. We may teach our friends from all over the world how to place las at the end of their sentence awkwardly… la. We may laugh with a fuzzy feeling of recognition, every time we see a caricature of a Singaporean speaking with an absurd amount of Singlish jammed into an otherwise run-of-the-mill sentence.

For those not familiar with Singlish, it is English infused with Cantonese, Hokkien, Malay, Tamil, and Teochew—the languages spoken by the various groups that call Singapore home. It is perhaps the most organic manifestation of the complicated and inextricably interwoven relationships between these groups in a nation that has bureaucratized everything else relating to race and ethnicity. To speak Singlish is to tell the story of our country as it is, not as what the government defines it to be.

Yet Singaporeans, especially those with higher levels of education, make fun of those unable to code-switch back to Standard English. We think less of those who speak with the very same la, hor, sialas peppered throughout their speech—the very same colloquialisms that we teach our foreign friends. We subscribe to the notion that people who speak Singlish are somehow less intelligent than we, the college educated elite, are.

I have heard Singaporeans tell their foreign friends who are interested in learning Singlish many times: “No! You have such a nice accent now. Don’t ruin it by speaking like me.” Evidently, we find ourselves embarrassed about the way we speak, especially when we talk to (white) foreigners. We drool over accents like the British one, or its bastard cousin the Aussie. Why is this so?

The answer is an uncomfortable one. I think it’s a devilish amalgamation of governmental influence, classism, ingrained orientalism, and an affinity to the idea of emulating our colonizers.

The government, nigh-omnipotent as it is in Singapore, can and should be held responsible for the negative connotations many of us harbor towards Singlish. It has run a multitude of “Speak Good English” campaigns that have become imbued into our consciousness via academic arteries like secondary schools. These campaigns, while seemingly innocuous, bear dangerous fruit. It meant that those who already spoke “good” English were necessarily rewarded with recognition, while those who could not were seen as inferior. Yet the government is not the sole arbiter of influence. To claim that it is would be to discount other factors at play. And if it were, we wouldn’t have Singlish anyway—we’d all speak the Queen’s English.

Another reason is classism. Make no mistake—being able to speak and write Standard English is a privilege. Studies show that English ability is strongly correlated with affluence: people who speak and read English tend to perform better in Singapore, a nation that uses English as the medium for international commerce.

If one is unable to have access to the English language as a young child—as is so often the case when one’s parents don’t speak the language or have a limited grasp of it—then one is often left behind. If a person isn’t used to speaking perfect English at home, then they would often find themselves failing to enunciate words the standard English way.

In an educational system that places great emphasis on and conducts lessons in English, this can prove to be very disadvantageous to the person who simply cannot avoid the linguistic minefield that English proves to be— “colonel” being pronounced as “kernel,” for instance. The very reason many of us Singaporeans here at Yale-NUS College were able to do well enough in school to find themselves enrolled in our hyper-exclusive college is our Anglophonic privilege, which is in turn indicative of our economic privilege.

To then turn around and sneer at those who don’t have parents who speak fluent English and therefore were unable to have the head start we enjoyed from birth (literally—studies have suggested that babies cry with an accent), resulting in them speaking “broken” Singlish, is pure classist discrimination. For instance, I’ve heard comments on campus like “How did he even get in? He speaks like a typical ah beng [the Singaporean equivalent of a ‘chav’, ‘roadman’ and other classist equivalents]”. Perhaps we have forgotten that ah bengs like my friends from secondary school didn’t have parents who spoke English to teach them the basics even before entering kindergarten.

For a college community that so often purports itself to fight for the underprivileged, we sound performative when we look down on the way the less privileged speak—a mockery I’ve occasionally seen, especially in interactions concerning Singlish between Singaporeans and their foreign friends here on campus. Of course, this is not limited to Yale-NUS—I would indict white-collar circles in Singapore as well—but it’s especially glaring in a college that many Singaporeans deem to be irrevocably leftist. I wonder what commenters labelling us as bleeding-heart liberals on any given Straits Times article concerning our school would think of our obvious classism.

Another reason we associate Singlish with general incivility is due to the ingrained consciousness of Orientalism. How could it be otherwise, when the birth of modern Singapore was rooted in Orientalism? We were made the “other” by our colonizers when they came to this exotic tropic and made those already here foreigners in their own land. Having established the framework of white dominance, they then supplemented the rungs with other subjects that have already been dominated—the Chinese, the Indian, and the Malay.

Necessarily, we became the uneducated, the unintelligible, and the crude. We may dress in the white man’s clothes and copy his gestures, customs and perhaps even be able to compete with him economically, but the charade is betrayed when we speak. To hate Singlish is to hate that we have to drop the façade—an illusion as we never become neutral in a framework that Orientalizes us, we remain the other even as we attempt to imitate the white man—every time we speak.

To hate those that dare speak Singlish is to hate the idea of someone breaking the illusion that Singapore is, if not part of the civilized West, then at least closely linked to it. Of course, this idea of civilization rewards proximity to whiteness.

To not accept our accent as no less professional than a British, Australian, or American accent is to accept the Western hegemony that has limited space for people who look like us. If to cover up our accent is to accept Western hegemony, those who cannot or refuse to do so are closer to our true selves than we are: to hate the way they talk is to hate who we are as non-Western people.

That is not to say we are fully to blame for code-switching to a neutral accent or one that is similar to our colonizers. Why wouldn’t someone do that, if it meant social clout and progression in both the academic and professional sphere? A system that rewards a white-passing accent is one that necessitates imitation. Yet we must be sure to recognize that we must understand the intersection of class and racial space that Singlish occupies despite this, rather than attempt to replace it with the linguistic hegemony that oppresses us.

In a country so devoid of organic spontaneity, the last thing we need is yet another soulless standardization. That some can speak only Singlish is not an indictment against them. In fact, I think they are more in tune with their heritage than any of us at Yale-NUS who sneer at them can ever be. They are not conforming to a universalism that suppresses any deviation from whiteness.

Singlish is an important cultural phenomenon in a nation that has an identity crisis. We need to remember that we are not white. We as Singaporeans have such a beautiful history, and we should make sure to embrace it. The pronunciation of “colonel” doesn’t make sense, yet I don’t see British people scrambling to explain that they’re embarrassed of the way they pronounce that word. To accept that their interpretation of English, a language that they imposed on us, is the only right one is chauvinist at best and colonial at worst. Perhaps the most obtuse example of this would be the fact that the Singapore Ministry of Education put out advertisements in the Guardian, a British newspaper, for “Native” English speaking teachers—though I suspect what they were really looking for were white British teachers.

If Singapore is to be remembered as more than a commercial hub when we cease to exist as a nation (and we will, eventually), then we have to build a cultural identity rather than a purely economic one. The Romans are better remembered for the Colosseum than for the strength of the denarius in 87 CE.
So the next time you hear someone slip a la into conversation, or call someone bodoh, think twice before labelling them an uneducated ah beng or matrep. More likely than not, you’re reproducing classist discourse rooted in an oppressive racial dynamic. Better yet, just embrace Singlish la. 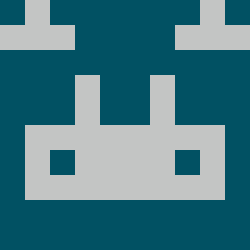