Since November 2018, students belonging to affinity or interest groups are now able to get direct representation in the Student Government Senate. Exchange students are the first to gain representation, with Elias König and Mina Aoki joining the Senate this semester.

Members of the Senate, which used to only consist of Class Representatives and the Speaker, can create, pass and vote on resolutions that the Student Government Executive is constitutionally bound to carry out. Student Senators are nominated and directly elected by members of affinity and identity groups on campus. The Speaker defines affinity groups as those that share a common identity such as nationality, religion or gender identity, while interest groups are groups with a shared goal or activity, such as environmentalists or mental health advocates. Each recognized group may elect up to three Student Senator representatives depending on its size.

Speaker Jiang Haolie ’21 explained that the Senate itself is relatively new, created after reforms carried out by the previous Student Government over the summer of 2018, catalyzed by the March 2018 sit-in protest. As the representative of the student body, the Senate is tasked with aggregating student concerns and turning these concerns into actionables that the Executive has to carry out. Last semester, the Senate passed four resolutions advocating for more attention to be paid to issues of academic workloads, wellness and campus sustainability.

Student Government President Scott Chua ’20 said, “A Senate populated by a diverse student groups allows the student body to draw upon a coalition of student causes and sustain advocacy across long durations of many months or even years that students acting individually may find difficult.”

König told The Octant that there were quite a few politically interested exchange students last semester, many of whom regularly attended town hall meetings and helped in committees like the Election Committee. He said, “As exchange students are not allowed to vote or run in the regular student government elections, the Senate seems like a good way to be involved even more actively in the Student Government.” He added that “quite a number” of exchange students have done Student Government work at their home institutions, making the Senate an opportunity to share knowledge and experiences.

Aoki pointed out that this semester’s batch of 45 exchange students is the biggest Yale-NUS College has ever received. “For many students, especially year-long students, our study abroad destination is one of the hardest decisions to make, and it does not seem right to continue the lack of representation for those who went the extra mile to be here,” she said.

However, not all exchange students seek this representation. Exchange student Konstantin Wegner said, “I don’t care too much, and I don’t think the other exchangers do either. I feel like Student Government can’t get much done anyway.”

Still, König noted that there are issues on campus that relate specifically to exchange students, such as problems in OrgSync that made it impossible for exchange students to take up leadership positions in student organizations. He said that exchange students gaining the right to vote in Student Government elections will be a priority for him this semester, while Aoki said that she would like to improve communications between full-time and exchange students and explore ways exchange students can more easily integrate with the student body.

Students who are interested in seeking representation on the Senate have to approach the Speaker or Class Representatives with at least 10 digital or physical signatures of currently matriculated students who intend to be recognized as an affinity or interest group, with groups that are unable to obtain 10 signatures having the option of appealing directly to the Speaker.

More information on the Senate can be found here. 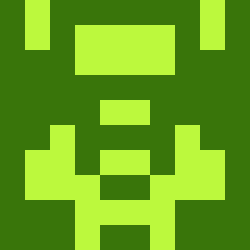