Content warning: This article speaks about issues of sexual assault and misconduct.

In a close-knit community such as Yale-NUS College, interpersonal conflicts are, unfortunately, bound to occur. This is further compounded by our close proximity to each other through living on campus, as well as the intersecting and multitudinous web of Facebook and Telegram groups that connect every corner of college life.

As a result, unresolved disputes at Yale-NUS may carry more severe and longer term effects on one’s relationships and mental health, as compared to other universities with bigger student bodies, which can provide students with more distance and personal space.

It is thus necessary that Yale-NUS’s conflict resolution policies focus on healing and growth after the conflict, rather than simply stopping at punishing the offender(s).

Both processes take place after a dispute has occurred and aim to reach a mutually beneficial resolution. In particular, the shuttling process involves a third party facilitator that “shuttles” information back and forth between the involved parties, in the event that they are not comfortable interacting with each other.

The circle process on the other hand, involves a discussion where the parties take turns to air their thoughts and concerns to each other. On choosing the best policy for the situation, Andrew McGeehan, Associate Director of the Dean of Students Office, had this to say:

“Each process has the potential for different outcomes and they all unroll differently. A circle process allows all parties to interact directly and brings support to people in the room; shuttling is a more one-on-one experience with a facilitator and parties don’t interact directly. A Community Standards Conference generally doesn’t require the person who made a report to participate in the process. Depending on what the individual student is seeking, there is a process that can help facilitate that resolution for them.”

The larger breadth of options available to an affected party gives them more agency in attaining their ideal resolution to a given dispute, be it in terms of compensation or healing. In addition, the new procedures, according to Mr. McGeehan, may also “give students additional skills in terms of boundary setting, accepting responsibility for their actions, and peaceful resolution.”

Furthermore, in light of recent sexual misconduct cases at local universities, it is vital that these new policies are robust enough to support survivors that are seeking recourse and closure. With regards to this, Mr. McGeehan expressed his hope that “these processes give more agency and control to the harmed party to determine what accountability would look like,” which then “can be a form of healing and also help to provide a sense of closure to instances of sexual harm.”

With that being said, it is still equally important to address the fundamental causes of sexual misconduct by fostering a culture of consent and mutual respect on campus. The new dispute resolution policies may contribute to such an effort by providing a stronger support system that encourages survivors of sexual assault to seek help sooner.

Ultimately, conflict is, for better or for worse, an unavoidable facet of life. Hopefully, the expanded set of dispute resolution procedures provides a more robust framework for us to better navigate our interpersonal trials and tribulations on campus. 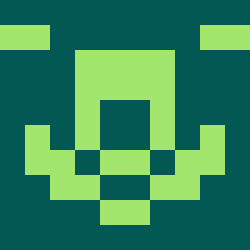