Early this July, the Counselling Centre sent out a mental health survey to all first-year students matriculating in August, the third consecutive year for which it has done so. In late August, after processing the results of the survey, the Counselling Centre sent out emails to first-years who received elevated scores in mental health aspects such as depression and anxiety.

These students were encouraged to make an appointment with the Counselling Centre for a follow-up session to the survey. The mental health survey and its follow-up sessions have garnered mixed reactions from first-years, with some students expressing willingness to attend follow-up sessions and others saying they experienced greater stress at receiving the email.

This survey was comprised of questions such as “For the past week, how much were you bothered by feeling easily annoyed or irritated?”. Students were then asked to rate the extent to which they agreed with the statement based on a scale of 0 to 4, with 0 being “Not at all” and 4 being “Extremely”.

Mr. Goh clarified, however, that the survey was a basic screening test and not diagnostic, and that obtaining false positives was possible. He also stressed that both the survey and the follow-up counselling session were optional. The process of calculating students’ scores had been automated by Pearson Assessments, an external vendor.

Dalia Al Barazi ’21, head of Aloe, the mental health advocacy student organization, said that she felt that the survey was a good idea. “If [first-years] are found to have elevated scores for certain indicators, these could snowball into something more severe as academics and other stressors come into their lives once their college journey begins,” she said.

Isabelle Liew ’23, who received a follow-up email, felt that the survey results were based on an algorithm that did not really reflect her mental landscape. Some other students, who wished to stay anonymous, felt that receiving the follow-up emails at the start of the semester when many were already struggling to adjust to the new academic and living environment, made them face even greater pressure.

A common response among first-years was discomfort with the fact that they were not explicitly informed that survey results would be used to assess them for signs of mental health-related concerns or that they could subsequently be invited for follow-up sessions.

“More clarification on what the survey results would lead to could have mitigated any distress that students may have experienced,” said Al Barazi.

In response to these concerns, Mr. Goh said that the Counselling Centre could consider alternative ways of framing the follow-up emails to strike a better balance between raising awareness of potential mental health concerns, while not causing alarm to students.

Some students chose not to attend the follow-up session. “I didn’t have time and had better things to do since it did not bother me that much,” said Liew, who felt that having a conversation about the results of the survey would not be helpful even if she was distressed.

“I went [to the follow-up session] because I wanted to know why I had been reached out to, and if there was anything I could do for myself to keep mentally healthy during the semester,” said another first-year, who wished to remain anonymous.

Mr. Goh said the Counselling Centre received a greater number of appointments in response to this follow-up email as compared to previous years, perhaps because they sent out this survey to first-years earlier than they did in the previous year. 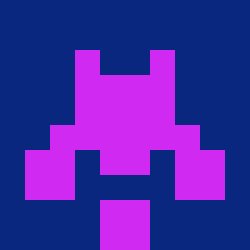