On Today’s ‘Movers and Shakers’: Students Explore Careers in the Finance Sector

At Yale-NUS College, students are always up for a challenge, setting high expectations for their own academic, career, and self development. As such, it is perhaps no surprise that more and more students set their sights on prestigious careers in the finance industry—a lucrative trade stereotypically known for its fast-paced, rigorous working culture as well as its demands for quick data analysis skills and oftentimes challenging number-crunching work.

One such individual is Adrian Sy ‘21, who has taken an interest in developing a career in the finance industry since freshman year. He shared that there were many pivotal experiences along the way that shaped his understanding of the sector.

“In my freshman year, there was an Elm Rector’s Tea that invited Prof. Michael Schmertzler and his wife Kuni to share their interests and experiences, ranging from conservation efforts by Kuni (Greater Yellowstone Coalition), and the academic and professional experiences of Prof. Schmertzler in finance,” he said. After the session, he stayed back to ask Mr. Schmertzler some questions on how students could get more involved and explore a career in finance and shared that Mr. Schmertzler encouraged him to demonstrate clear initiative, at both academic and career levels, and network widely to find out if this was a field he would like to work in.

As a first-year student, Sy sat in on Mr. Schmertzler’s Early Stage Investing (Venture Capital) class. Though initially daunting, he met seniors that helped him along the way and advised him on areas to look into in order to develop one’s career in finance.

“I knew little of accounting or valuation, or how corporate finance worked at the time. But Prof. Schmertzler’s class really piqued my interest in the field, so I continued to sit in on more classes.”

Adrian also became more involved in the Yale-NUS Student Investment Group (YNSIG), and organized the Singapore Asset Management Conference (SAMC), the group’s flagship event that aims to provide an avenue for students “to gain deeper insights into the Asset Management industry”. YNSIG is the College’s largest professional student-run group dedicated to “promoting financial literacy and professional development” amongst students at Yale-NUS. It maintains working relationships and projects with leading financial institutions such as J.P. Morgan, Credit Suisse and GIC.

“The process of organizing the SAMC was vital in growing my understanding of asset management and the roles under it, and my interest in the industry,” he said.

Other finance-related student groups started at Yale-NUS include Women in Business.

Adrian has since participated in several case competitions, and acquired work experience via at Fortman Cline Capital Markets as an investment banking analyst over the summer in 2019. He continues to enjoy meeting others at Yale-NUS interested in finance, and building a community of knowledge on the extensive industry.

Several students have since gone on to secure jobs at various financial organizations post-graduation. Keith Ang ‘19, for example, is currently an analyst at Barclays Investment Bank in Singapore.

“As a student, I did several investment banking internships and spent a good deal of time as a student on ‘coffee chats’,” Ang said, when asked about what he did to expand his knowledge and experience in the finance industry when previously a student at Yale-NUS. “In my early college years, the corporate world had consistently captivated me and motivated me to work hard and prioritize obtaining work in finance.”

As an Investment Banking analyst, Ang says that work has “high expectations and is intense.” “The work environment requires one to be acquainted with large chunks of data and information of our society as it is today both quickly and deeply,” Ang shares.

“Being an analyst, however, is a great way to sharpen one’s organizational skills and to gain a broad perspective on the finance industry as a whole,” he adds. “More than that, it’s also a good way to get behind the minds of today’s movers and shakers.”

Some students have also collected a variety of experiences during college before deciding to go into the finance sector after graduation. Sharlene Chow ‘18, diversified her interests and experiences in college before committing to a career in finance.

“I had not decided early on to pursue a finance career. I first explored other opportunities instead such as a Business and Program Development internship I did for an NGO – Milken Institute (Asia). I also played for the Yale-NUS Basketball and Netball team amongst others and even tried out the Gospel Choir as well!” Chow said.

“Ultimately, I believe  that my competitive spirit, a preference for analytical and numerical work and a curiosity about how business decisions are made led me to the financial sector” she stated.

Like Ang, Chow agrees that a career in the finance industry can be demanding and time-consuming, but ultimately enjoys the challenging work environment, diversity of industries she learns about and the pace of life.

Chow is an international graduate at Standard Chartered Bank (SCB) and works for a junior pool that serves mergers and acquisitions, leveraged financing, and project and export financing as well as some industry teams. Prior to her job at SCB, she interned for Macquarie Bank in her penultimate year.

“Yale-NUS offers many opportunities for students wanting to prepare for a career in finance – such as finance classes at Yale-NUS and NUS, investment clubs, networking opportunities and internships. I am however grateful for the uniquely all-rounded experience I had at Yale-NUS and believe that it puts me in good stead as my career develops.”

edit: details about the student clubs at Yale-NUS have been corrected to more accurately reflect information. 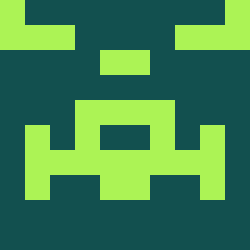