This year’s orientation was different, to say the least.

Instead of travelling all over Singapore for aMaze, the great treasure hunt modelled after the Amazing Race TV series, our playground shrunk to the confines of the Yale-NUS College campus. Instead of gathering before a crowd in the Multi-Purpose Hall, with music booming and cheers saturating the air, we found ourselves dancing awkwardly before our webcams and phone cameras, in sky gardens, suites, and quiet courtyards.

The downscaled aMaze and disjointed mass dance are just a few of many previously grandiose and communal events that were altered significantly to adhere to prevailing social distancing measures.

For us freshmen, it was certainly difficult to get excited for this new adventure when permanently unsmiling, masked faces stared back at us, and the seat next to us was always empty. Some expressed these concerns well before coming to Yale-NUS.

Worries and speculation about whether orientation would transpire flooded Yale-NUS Admitted Students Telegram group chat in the weeks leading up to August. One of the writers of this article even briefly considered whether they should defer in order to get the “full Yale-NUS experience.”

Amidst all this anxiety, however, many did not give up hope for a memorable orientation experience. With face masks becoming mandatory and the Experience Yale-NUS Weekend shifting to an online format, some first-year students took things in their own hands.

Through frequent Zoom calls—now a staple amid the pandemic—students meet up with one another. “I got to know a few of my batchmates pretty well, and we became really good friends even before we arrived on campus,” Dylan Loke ’24 shared on how the Zoom calls impacted his social acclimatization into Yale-NUS. “I still hang out with them pretty often!”

Along with these friends, Loke was also behind an especially heart-warming initiative to deliver homemade laksa to international students serving their Stay-Home Notice (SHN).

“We’re a food loving bunch,” he said. “We couldn’t bear to see our friends eating substandard SHN food for 2 weeks, so we decided to show love the best way we know how.” The laksa was very well-received by the freshmen under SHN. “They really enjoyed what was to them ‘finally, some good f*cking food’,” added Loke.

International student Muhammad Katif ‘24, one of the beneficiaries of the laksa initiative, was grateful for their act of kindness. “The laksa really lifted my mood and made me feel part of the new community that I was about to join,” he gushed. “The fact that there were people thinking about us was very wholesome, and made me feel connected even in isolation.”

Words of this good deed spread fast, reaching the Orientation Committee (O’Comm) themselves. O’Comm members had been the ones making it their sole mission for the past few months to ensure a smooth (and existent) orientation despite social distancing regulations. To find out more about the challenges surrounding orientation, we sat down with Nur Aina Binte Sapari ’23 from O’Comm. When intensive planning for the grand event started in June 2020, the committee was mostly working from their homes and suites; some international O’Comm members had to work from their home countries. Events had to be planned around numerous restrictions on space and social distancing, along with the uncertainties surrounding the number of students who would be present given the difficulties of gaining entry approval and booking flights to Singapore.

Despite all these difficulties, they made every attempt to uphold the spirit of orientation. “It was important that we maintained the human touch in order to make it just as memorable as the previous years,” Sapari said. O’Comm also worked diligently around social distancing regulations.

Since gathering the whole cohort together was prohibited, the first year assembly had to be done through YouTube videos. Mingling was also restricted within each Residential College (RC) group. However, O’Comm made sure that the event was still special in its own way.

“We asked the Orientation Group Leaders (OGLs) and Residential College Advisors (RCAs) to decorate the sky gardens so that it would be something personalized and created just for their group of first years.”

Orientation under social distancing regulations also gave rise to upsides that would never have happened in previous years. Because fewer activities were allowed to take place, some freshmen, including Ethel Wong ’24, said, “[less packed schedule] allowed us to get to know each other more organically.” Similarly, Ong Wei Lin ’24 pointed out, “the free time allowed us to have deeper RC group bonding, which is what makes orientation feel like orientation.”

Although the mass dance event could not happen in-person, the video submission format perhaps introduced a fresh element of excitement. “I honestly enjoyed this year’s [mass dance] more and I hope they keep the video format even for future non-COVID cohorts!” said Liyana Doneva ‘23, one of the OGLs. “This year might have been more ‘hyped’ since we let people show creativity in filming and editing the video.”

Referring to the many fun videos and Instagram stories her team made and posted on Orientation 2020’s social media channels, Sapari said,“People seem to know about O’comm more this year thanks to our videos.”

The Class of 2024’s orientation was unlike anything previous years had seen before. Granted, it wasn’t anchored in picnics across Singapore or the tangible thrill of camaraderie as we thronged together under the Oculus for matriculation. Still, there is some satisfaction in knowing that no other graduating class can reminisce about what Orientation: Pandemic Edition  gave us instead: warm bowls of laksa, hectic Zoom calls, and the hilarity of dancing to 24K Magic at 0.75 speed, each of us in suites and sky gardens we can now surely call home. 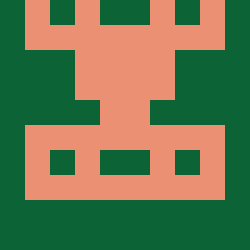