PM Lee: Yale-NUS Must Be More Than Carbon Copy of Yale

Yale-NUS College has to adapt the Yale University liberal arts model to Asia in order for it to succeed, Singapore Prime Minister (PM) Lee Hsien Loong said at the Inauguration of the Yale-NUS College campus on Oct. 12.

While Yale University has been very successful in the American context, Yale-NUS cannot be a carbon copy of Yale, PM Lee said. Many countries face similar social and economic challenges but are not converging on a single socio-political model, he said. Thus, Yale-NUS needs a “curriculum and a college ethos that responds to [its] regional context”, taking into account “different natural endowments, different historical experiences, different geopolitical circumstances, different social structures, cultures and values.”

PM Lee also stressed the importance of an experiential education based in Asia. Yale-NUS graduates have to possess “not just a theoretical and intellectual understanding [of Asia] on paper, but actual experience living in Asia and interacting with students from this region and outside,” he said. “They can be effective working in these countries and helping them to change and to adapt to a rapidly changing world.”

PM Lee also highlighted the diversity of students at Yale-NUS who come from five different continents. A Yale-NUS education would give Singaporean graduates “a cosmopolitan exposure while strengthening their roots in Singapore”. For international graduates, he hoped that they would remain part of Singapore’s “extended family”.

He contextualized Yale-NUS College as part of the government’s attempt to grow and diversify the tertiary education sector in Singapore. PM Lee stressed the importance of developing institutions with “different foci, different characters and different roles”. Along with other new universities such as the Singapore University of Technology and Design (SUTD), Yale-NUS provides another pathway for Singapore students to explore and chase their aspirations, he said.

The two parent institutions also presented gifts to Yale-NUS. Yale presented a bronze statue of Nathan Hale, an American Revolutionary soldier from Yale College Class of 1773. Mr. Salovey said that Hale’s courage and dedication exemplified the founding spirit of Yale-NUS. The gift is a symbol of Yale’s “enduring dedication to NUS partners and to Yale-NUS College”, he wrote in the event booklet.

NUS’ gift, titled Spirit of the Explorer, is a Chinese ink painting depicting a monumental landscape with different paths. Mr. Tan said the painting is meant to celebrate the bold spirit behind the partnership between NUS and Yale and the trailblazing journey of Yale-NUS.

In his speech, President Pericles Lewis thanked College benefactors and staff for their contributions to the college. “The College has not sprung from the ground without great effort,” he said. 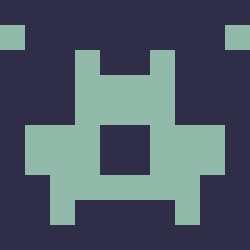 Yale-NUS Abuzz with Life as Students Return to Campus