On August 29, 2019, the Dean of Students Office shared the results for the sexual climate survey conducted this March at the first Student Government Town Hall of the Academic Year.

Over 95% of the 350 survey respondents agreed that Yale-NUS College faculty and staff treat students with respect, and 78.2% agreed that students respect each other. “I think it’s definitely a step in the right direction from our previous survey. What stood out to me the most was that a lot more students know about and understand the sexual misconduct policy and know that it exists. There are also some positive statistics. For example, a large majority of students feel safe on campus,” said Director of Residential Education Andrew McGeehan, who spearheads the College’s sexual misconduct and survivor support initiatives.

50% of respondents, however, had heard sexual jokes or comments that made them feel uncomfortable. Only 37.8% agreed or strongly agreed that those who commit misconduct are held accountable for their actions. Furthermore, out of those who had experienced the sexual misconduct discipline process– both reporting and responding parties– only 22.2% thought the outcome was fair.

Sexual misconduct has long been a contentious topic on the Yale-NUS campus. In March 2018, around 30 students staged a sit-in protest in the Elm Courtyard in frustration over the administration’s handling of a range of issues including sexual misconduct policies. This protest led to the initiation of monthly Town Halls to facilitate dialogue between students and administrators. In August 2018, the sexual misconduct policy was updated to reduce barriers to reporting, and to expedite the justice process.

Outside of Yale-NUS, the National University of Singapore (NUS) acknowledged this April that it had failed undergraduate student Monica Baey, who was filmed by a male student without her consent while showering in Eusoff Hall, in their handling of the incident. Ms. Baey’s story of the lack of support and communication from NUS after the incident sparked outrage online. NUS has since set up a Victim Support Centre with trained professionals to help students who have encountered sexual misconduct, but some students still find their consent education program inadequate. In contrast, Yale-NUS is one of the first tertiary institutions in the country to have an open sexual misconduct policy.

Mr. McGeehan acknowledges the limitations of the survey, saying that because it measured students’ perceptions of the campus climate, the questions could be understood differently by different respondents. “One of our next steps could be exploring if we can define, or clarify, what accountability and justice mean to us as a community,” he said.

Another issue is that of sampling. Student participation in the survey was low and included more freshpeople and women. The Student Government is working towards new sampling strategies, such as sending out compulsory surveys to randomized students rather than sending out optional surveys to the whole community.

One of the key areas of concern highlighted in the survey results was justice. According to Mr. McGeehan, the college employs a hybrid model of justice, balancing a restorative, preventative, and punitive approach. Such a justice model aims to create a safe culture on campus, complemented by college initiatives such as Kingfishers for Consent, Yale-NUS’ Sexual Wellness peer educators. The college is also working towards raising awareness about intimate partner violence.

This week, Kingfishers for Consent, ran their Consent Campaign, where students read and signed consent pledges, promising to participate actively in creating a culture of consent on campus. Mr. McGeehan also said that the reviewed faculty and staff misconduct policy will be announced soon. 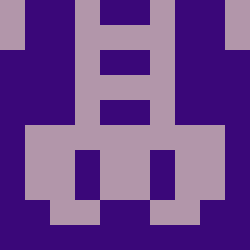