Following student complaints of gastric issues in the first week of school, Sodexo launched an investigation into its dining hall food but could not identify a common factor that explained the symptoms of five individuals they interviewed. This incident marks the first large-scale complaint that Sodexo has received since it replaced SATS as Yale-NUS College’s dining hall caterer mid-2018.

Student complaints first erupted on a Facebook thread in a closed Yale-NUS Facebook Group on January 17. In the comments, over 20 students reported that they had been facing health problems ranging from indigestion to food poisoning after moving back on campus and eating Sodexo-prepared food.

On January 18, Sodexo’s team announced via Facebook and email that they would be available that same afternoon to speak to affected students. Sodexo’s team spoke to four faculty members and one student. These interviews were conducted by Eva Leopando, Sodexo’s Health and Safety Executive Manager in Singapore. According to Leopando, respondents were asked to identify the dishes and meals they had eaten for the past few days.

From the five interviews, Sodexo concluded that most respondents’ gastric issues could not be attributed to Sodexo’s food because they had eaten meals outside of campus before they began to experience certain symptoms. Sodexo keeps samples from each meal for a week after they are served, but their team decided not to send food samples for lab analysis after the interviews.

For Sodexo to label an incident as a food-borne case, “people have to consume the same food and have the same symptoms,” Leopando said. She added that among the five interviews she conducted, all respondents had varying symptoms for differing lengths of time. There has to be at least three accounts of overlapping symptoms and food consumption history for Sodexo to attribute the symptoms to a specific dish, said Leopando.

When asked about the possibility of sending out a survey to gather more responses for the investigation, Richard Ellison, Sodexo’s General Manager at Yale-NUS, said, “I mean I could put a survey out there, but I have to be kind of careful. If you put that open question out to an audience this big, you [are] almost inviting problems for yourself.”

Ellison said he would prefer to ask students to come and talk to Sodexo rather than sending out a survey.

Sodexo prefers face-to-face interviews over surveys because interviews allow the team to “drill down into specifics” about when, where, and what respondents ate and ask follow up questions, said Yin Kuan Chek, Sodexo’s Assistant Brand and Communications Manager for Singapore. According to Yin Kuan, the incident “doesn’t warrant a quantitative kind of approach.”

When asked if Sodexo could design a survey that incorporates specific questions about the number of times students dined on campus and food items they consumed, Yin Kuan said that similar questions have already been asked in the end of semester survey that Sodexo sent out last semester.

Foong Xiu Ting ’21, who complained of gastric issues on the Facebook thread, said she did not show up for the interview because it was too short of a notice. Other students expressed a sense of helplessness. Vivien Su ’21 said, “It just felt kind of helpless given the lack of action from the school to improve food quality and options”. Geoffrey Martin ’19 said, “I had little confidence that anything would change, given that Sodexo is such a massive corporation.”

Kento Tanaka, an exchange student from Yale University, said that he didn’t attend Sodexo’s interview because he was uncertain whether his gastric issues were due to Sodexo food, although he suspected that it was a contributing factor.

Last semester’s survey also showed that many students thought that Sodexo’s food was too oily or salty, said Ellison. Based on that feedback, he informed the Executive Chef to make relevant changes.

Ellison also suggested that students may be experiencing gastric discomfort because they are adapting back to campus food. A few student comments on the Facebook thread echoed Ellison’s sentiment.

When asked about the differences between Sodexo’s and SATS’ operations in Yale-NUS College, Calvin Yeo ’20, a member of the Dining Hall Committee, said that Sodexo mostly cooks food in Yale-NUS kitchens whereas SATS cooked most of their food in a central kitchen outside of campus. This makes Sodexo more flexible to student feedback and complaints, said Calvin. 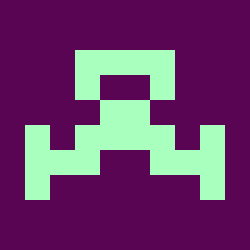