Two Households Both Alike in Dignity: A Rector’s Tea Lecture on Singapore’s Otters

On Oct. 13, 2020, Dr Philip Johns, Senior Lecturer of Life Sciences at Yale-NUS College, presented a compelling lecture on Singapore’s otter population during a Rector’s Tea in the Cendana Rector’s Commons. Throughout the lecture, he presented a range of fascinating insights into our local otters’ behaviours. Specifically, the lecture discussed the interactions of Singapore’s approximately ten otter clans with monitor lizards, hunting practices, and territorial disputes marked with Shakespearean violence and drama. Despite their seemingly cute appearance, otters can demonstrate both violence and the adorable behavior that we so often see in Internet videos.

Take their relationship with monitor lizards, for example. Otters demonstrate a degree of aggression towards the kleptoparasitic (food-stealing) reptiles. Monitor lizards have been spotted targeting otter pups and showing aggressive or defensive behavior towards otter groups. However, otters have demonstrated violence against the lizards and have even been spotted demonstrating pro-social (helping) behavior by grouping to attack antagonistic lizards.

Otters follow a range of interesting social behaviors. They practice communal playing and, apparently, teach younger pack members. Groups sometimes collaborate to herd fish. However, herding behaviors in Singapore were only observed when groups were large and when pups were involved. Juveniles contributed more to herding behavior, suggesting that packs use herding as a means of teaching pups to forage. According to Dr. Johns, researchers from the National University of Singapore and Yale-NUS have extensively explored over 11,000 audio recordings via software such as Warbler and found a wide range of calls that may be used in relation to group status and identities. Unfortunately, this analysis may be biased since evaluating their sounds is a somewhat subjective task.

Aside from their behaviors with monitor lizards and within their packs, otters have even been observed demonstrating egregious violence between groups. The famously Shakespearean conflict between the Bishan and Marina clans effectively illustrates this point. Following the tragic passing of the Marina patriarch, possibly due to rat poison ingestion, the Bishan clan descended upon them and killed members of the opposing clan to assert authority and usurp territory. Fights between them were violent and brutal, compelling some observers to try and forcibly separate the combatants against the basic ethics of animal observation. The Marina clan has primarily been decimated and is, as far as we know, still in search of a more stable, sufficiently-proportioned territory. The now powerful Bishan clan also happens to be one of the most human-habituated families in Singapore.

Despite the cute, puppy-like appeal that otters hold for many in Singapore, we must remember that they are “vicious, territorial and prone to dispute,” as put by Dr. Johns. Nevertheless, we can continue to protect, observe, and attempt to understand the complex hierarchies and behaviors of a locally-loved urban predator. 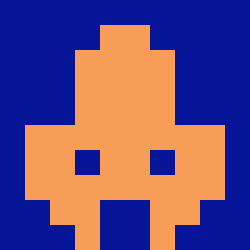