What has replaced the RCX trips?

This year, the Residential College Experience (RCX) trip was removed from Orientation for the first time. A hallmark of Yale-NUS College’s Orientation program, RCX trips involved freshpeople of each Residential College (RC) traveling to different parts of Southeast Asia — such as Phnom Penh in Cambodia, Luang Prabang in Laos, and Yogyakarta in Indonesia — for three to five days of exploration and group bonding activities.

Responding to queries from The Octant, Joanne Roberts, Interim Dean of Students, said that issues with student visas and managing the college budget were the reasons why the RCX trips were cut.

“The visa issue was getting bigger and bigger (and) the knowledge that some can never go feels like it violates core values,” said Ms. Roberts.

Last year, seven students from the Class of 2021 could not attend the RCX trips due to visa issues.

Ms. Roberts also said that Yale-NUS was not cutting budget, but that funding the trips “was getting less worthwhile.”

Sahar Kazemini, a Manager in the Dean of Students Office, said that Yale-NUS has taken on a more inclusive model, “one that encourages our community to look directly at and connect with the local context and land in which they will be residing in for the next four years,” she said.

Instead, the Class of 2022 had a day of outdoor activities — dubbed RC Teambuilders — planned for them in and around Singapore. Students from Saga, Elm and Cendana participated in activities held at Pulau Ubin, a farm in Sembawang and Sarimbun Scout Camp respectively, with the activities conducted by different external organizations.

On why the activities of the RC Teambuilders were outsourced, Ms. Kazemini said that “it is through partnerships and collaborations with external organizations that [Yale-NUS] is able to offer experiences beyond our campus.”

She added that this is “not a new practice for the institution” as the programs and resources used for RCX trips were similarly supported by external vendors.

The freshpeople of Saga College took a ferry to Pulau Ubin, where they spent the day kayaking through mangroves and exploring the Chek Jawa Boardwalk. “The day was really chill and I loved it,” Johann Wah ’22 said. “We were not under any pressure to move quickly from one place to another and that allowed us have deeper conversations with each other.”

In the evening, they made their way to Changi Beach Park where they had to barbeque their dinner. There was, however, not enough food to go around and the lack of barbeque pits made the cooking process rather inefficient. “It seemed like only two barbeque pits were booked for [all of us in] Saga and we had to order pizza in the end,” Benjamin Ong ’22 said.

The freshpeople from Cendana College went to Sarimbun Scout Camp, where they spent the day traversing high element obstacle courses, and dodged arrows in an exhilarating game of Archery Tag.

Each RCA group also staged a performance chronicling the “history” of Cendana College and they concluded the evening with a heartwarming campfire.

Nur Hazeem ‘22 said, “I had a lot of fun, and grew closer to my teammates as we really had to rely and support one another during the games…However I do wish there were more opportunities for inter-RCA bonding.”

Though most students interviewed said they enjoyed the Teambuilder activities, an overwhelming proportion of Elm freshpeople that The Octant spoke to raised concerns about the safety and feasibility of their activity.

The freshpeople from Elm College started the Teambuilder at a farm (Kampung Kampus) in Sembawang, and some were made to walk at least 20km back to Yale-NUS, armed with only a map and $20. Each team of six had to complete multiple challenges around Singapore to succeed.

Simone Tam ’22 said that her team found themselves “needing to cross a highway with speeding cars” as the other path leading from Macritchie Reservoir to Botanic Gardens was “under construction.” Thankfully, the highway crossing was not attempted and no one was hurt as a result of it.

Responding to the incident, Tan Tai Yong, President of Yale-NUS College, said in an interview with The Octant that “every year we’ll need to feedback (on the activity), and improve from there.”

“If after a few years (the RC Teambuilder) is still a mess, then I will be worried,” he added.

In addition to these Teambuilder activities, the freshpeople also participated in Community Service projects. According to Ms. Kazemini, these projects targeted social causes such as environmental sustainability, social integration of the intellectually disabled and service to the underprivileged. 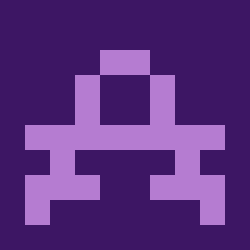