In an email sent out on May 21, 2020 by Tan Tai Yong, President of Yale-NUS College, the new financial aid policies that would impact future cohorts of Yale-NUS students was announced. From the Class of 2025 onward, Yale-NUS will no longer have need-blind admissions for international students. It is a contrast from the existing cohorts, when Yale-NUS was both need-blind (meaning an applicant’s ability to pay would not affect their chances of being admitted) to all students and committed to meeting admitted students’ full financial need. However, Yale-NUS had been drawing financial aid funds from their reserves for some time, and as it moves towards a per-capita funding structure, these reserves will no longer be limitless.

As Laura Severin, Dean of Admissions and Financial Aid, explained, “The impetus to the financial decision was [that] we were spending far beyond what we were able to sustain in the long term.” However, Yale-NUS is confident in its ability to honor its commitment to meeting the financial needs of current students as well as alumni going forward. This would be achieved by moderating the amount of financial aid given out in any one year to ensure that Yale-NUS has sufficient funds to support students.

Currently, as explained by Joanne Roberts, Executive Vice President of Academic Affairs, during the Town Hall in May 2020, the percentage of financial aid offers for international students currently stands at 80 percent. They estimate that it will drop to 50 percent in future years. That said, the negative impact is mitigated by Yale-NUS’s continued commitment to meet the full financial need of all admitted students, and for half of admitted international students to still receive financial aid.

“We spent several months internally thinking about a variety of options, what we can do to maintain our commitment to maintaining the diversity that we think is so important on campus. [We wanted to] maintain our values as a college in terms of supporting students, while also reining in the spending… [Finding a solution] was a process that was quite extensive, researching not only what would make the most sense financially for the college but what also is out there in the world of financial aid globally, that would maintain our commitment to the student body,” Ms. Severin said.

For current students, the new policy should not have much of a financial impact. Chim Suan Yew, Associate Director of Financial Aid, reassured students who matriculated between 2016 and 2020 that they would benefit from the financial aid lock-in, which means that students are guaranteed a minimum amount of financial aid which is equivalent to the current level of financial aid they are receiving. Students who have had a change in their circumstances can apply for reconsideration in future years, but their financial aid package would not decrease from its current amount.

Moving forward, the Class of 2025 is likely to be less diverse than previous classes based on socioeconomic status. An international applicant who requires full financial aid would likely be disadvantaged compared to an applicant who can pay the full fees, since there is a limited amount of financial aid to be given out.

As Ng Yi Ming ‘21, ambassador of the InBetweeners explained, “Given that almost half of Yale-NUS students are internationals, the loss of need-blind international admissions will surely impact the socioeconomic diversity of future classes. My personal take is that with a rising transnational global elite, students from high-income families across different countries often share more similarities with each other than with lower income students from their own countries.” This means that more applicants from high-income backgrounds would be admitted, relative to previous years. According to Ms. Severin, Yale-NUS does expect a shift in the proportion of students from higher-income families, but not a dramatic one.

“There are very, very few institutions globally that are completely need-blind and meet the full need of all students… The way they moderate how much they’re spending is [by] limiting the number of international students that they have on their campus. I think we’ve been very fortunate in the past seven years that we’ve been able to follow this category of being need-blind and meeting full need for all nationalities, but that is an outlying situation… So, [will it] change people’s perception of the college? I don’t think it will dramatically, because we’re not limiting the number of international students that we’re admitting,” Ms. Severin said.

Low-income students already face more barriers to attending Yale-NUS than other students, from having to meet the Student Effort Contribution (SEC) of $1,500 per year, to worries about fulfilling the Ministry of Education’s Tuition Grant bond after graduation. Students who previously had to pay the SEC were surprised this year when it had disappeared from their bill as an individual item, but rather, was merged with the expected family contribution. The new policy will skew the proportion of admitted students even further in favor of students from higher-income families.

“Campus culture is a significant determinant of student welfare of first-generation or low-income (FGLI) students, and socioeconomic diversity plays the defining role in shaping an inclusive college community. While the exact magnitude of the future demographic shift is unknown, the threat of a culture shift must be acknowledged and preempted. Given the subtle nature and relatively less public awareness of socioeconomic discrimination within campus culture, FGLI students face the risk of being alienated,” Ng elaborated.

Despite this policy change, Ms. Severin emphasized Yale-NUS’ ongoing commitment to diversity. “We are in no way going to disqualify students as soon as they apply [based on] the[ir] level of financial need. In fact, the admissions team will continue to review applications without knowing if the student requires financial aid and how much they require. The only point of assessment at the beginning is: is this the type of student that is the right fit for Yale-NUS? And it is at that point, after the student has gone through the entire process on the admissions side, that we see if we do have the financial resources to support that student.”

“We have never operated on quotas and we will continue to not operate on quotas. We’re not simply admitting individual students, we’re crafting a cohort of 250-ish students who are going to join the college… When we start to craft a class a lot of it is based on who [is actually in] the applicant pool that year. And the same will be true with financial aid. How many students will receive financial aid? We don’t know yet because it will depend upon who applies, their level of financial need, and as we start to allocate funds to individual students then we see how wide we can go within the budget that we have.”

The next challenge will be providing support for FGLI students, for which Ng proposed a few suggestions, “More attention and resources should be channelled to FGLI students across all student-facing offices. This can range from establishing official Dean of Students support programming for the FGLI community, such as FGLI-specific counselling circles, to the Centre for Teaching and Learning strengthening faculty teaching strategies to better include FGLI students. The Centre for International and Professional Experience can pay particular attention to engaging FGLI students for career development, while frameworks on socioeconomic inclusion can be incorporated into student organisation activities training. Finally, the college can work more actively with the InBetweeners Collective to strengthen the student-led FGLI community, and more regularly consult the StuGov’s new Committee for FGLI Affairs on FGLI needs and issues.”

As Yale-NUS continues to make tough decisions, the promise of diversity within the student body still holds, despite the financial constraints that it faces. 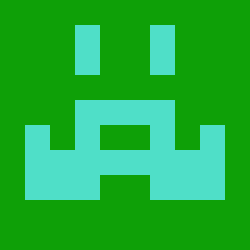