I distinctly remember a time when my junior college Economics lecturer went over the import of foreign labor into Singapore. Their primary purpose, she said, was to keep labor costs low, as foreign workers tended to accept lower wages, and could be sent back home when their employers faced financial woes.

With regard to the ethics of commodifying people’s livelihoods, my lecturer simply responded by saying that “[capitalism] isn’t perfect, but it’s the best system we have.”

In school, we were thrust immediately into the concepts of demand and supply, free markets, monetary policies, and fiscal policies.  Essentially, we were shown the world of capitalist economics. It surprised me that my tutors never even mentioned any alternate economic ideologies, or questioned the assumptions that formed the basis of what I was studying.

I was troubled by the fundamental premises of capitalist economics and could not reconcile it with what I had learnt in behavioral economics. It did not seem reasonable, for example, to assume that people were always perfectly rational, or that firms were solely profit-driven.

The problem was that there did not seem to be an alternative to capitalism. A quote by John Manyard Keynes that stuck with me is “Capitalism is the astounding belief that the most wickedest of men will do the most wickedest of things for the greatest good of everyone.” Though perhaps exaggerated, it always inspired me to think critically about capitalism and question its place in our society.

Capitalism is everywhere. It has become a part of policy-making, popular culture, and even how we define our self-worth. It is invisible yet influential, to the extent that some perceive it as a force of nature, or a fact of life. It has powered through the 21st century on the backs of numerous financial crises, and to date, there seems no end in sight.

How is it that, in spite of all its failings, neoliberal capitalism has survived for so long?

The common response to that is not a dismissal of capitalism’s flaws, but rather, of its alternatives. Mark Fisher, a British writer, in his 2009 book “Capitalist Realism: Is There No Alternative?”, highlights a phenomenon he calls “Capitalist Realism,” where capitalism has positioned itself as the only viable economic and political system.

It is not surprising then, that most people are unable to see the world through a lens that isn’t pro-capitalism.

With that being said, awareness of coherent alternatives to capitalism are, ever so slightly, edging their way into mainstream thought. Following the rising rates of unemployment and homelessness due to the COVID-19 pandemic, capitalism’s flaws are being made more apparent, leading to heightened discussions on equity and wealth distribution.

This also seems to be reflected on the Yale-NUS College campus, with most generally acknowledging the failings of a capitalist system. However, these discourses are typically limited to academic analyses and rarely go beyond the classroom setting, perhaps indicating some form of acceptance of the capitalist status quo.

This is understandably so since it is difficult for one to imagine oneself outside of capitalism. But for those that wish to explore these ideas, identity collectives can provide the spaces outside of the classroom where minority perspectives such as these may be safely explored by like-minded groups of people.

One such collective on campus is the Anti-Capitalist Identity Collective, which gives people who do not subscribe to capitalist thought a platform to discuss their ideas of, and experiences with, capitalism. One of its members, Max López ‘23, describes it as a “community-building space” for people who in any way “identify with anti-capitalism.”

Newly founded by Ruchika Goel last semester, the Anti-Capitalist Identity Collective is the only platform of its kind on campus, and perhaps serves as the impetus for further discussion on capitalism in the future with the wider student body.

According to López, “Identity collectives are very important spaces for minority perspectives to exist on this campus. Without them, classroom discussions become the main platform for conversations to happen and these can feel like a battlefield, which is draining.

“The constant need to prove your view becomes the burden, and few opportunities to grow within that worldview can be found. In identity collectives, inversely, we get a space to cultivate our views with care, explore them without judgment, and find companionship in intellectual, personal, and communal journeys.

“Having the space to foster ‘diverse identities’ on campus means that these become possibilities of being for everyone around, rather than ‘contrasting perspectives’ to occasionally use when doing the critique of a reading.”

However, as of right now, students who identify with anti-capitalist thought may find it difficult to navigate a society predominantly influenced by capitalist realism.

Drawing from their own experience, López shares that “Capitalism pushes us to think in an individualistic, competitive, and transactional way. It pushes us to use productivity as a metric of worth and to grow our identities through consumption.” Simultaneously, it deters from considering alternatives, says López, as it provides us with “the myth of social mobility aspirations, or even short-term consumerist culture.”

But while it may be impossible for individuals to go against the entire cultural institution of capitalist thought, the very least we as individuals can do, according to López, is to “interrupt [capitalism’s] cultural logics in our relations with others and ourselves.” For example, re-organizing the way we interact with others or extending solidarity to the less privileged can be some of the ways we can combat capitalist thought.

At Yale-NUS, we often think of diversity in terms of aspects like ethnicity, nationality, or religion, and avenues for support for such minority groups are prevalent and well-known. On the other hand, diversity of political views is often overlooked and unconventional perspectives are inherently harder to accommodate.

As a result, students might fear shame or ostracization for expressing views that do not conform to that of the general student body, leading to self-censorship.

It is crucial that we recognize the existence of these minority views, and ensure they are not inadvertently marginalized. If anything, such diversity is something we should celebrate, and minority views should all the more be brought up and discussed.

Given the existence of these minority-represented identity collectives, Yale-NUS might be considered more progressive than most other communities.. However, the popularity of student groups such as the Yale-NUS Consulting Group and the Yale-NUS Student Investment Group speaks to the prevailing dominance of capitalist thought. As much as it is criticized in the classroom, capitalism still seems to hold an extensive influence over students’ lives.

Therefore, this reinforces the importance of identity collectives on campus. They provide essential spaces for minority groups to explore their own identities and to find fellowship in similarly-minded people, even if they are not part of the predominant culture or demographic.

And while capitalism may yet be around for a long while, collectives like those discussed may very well set the foundations for changes or disruptions to cultural zeitgeists in the future. 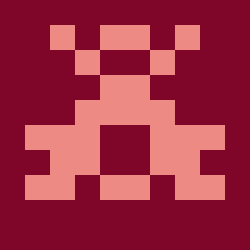 What is too much? Romantic Chase Culture at Yale-NUS and its Problematic Manifestations.