Initially, this article was going to be a story about the experiences of staff at Yale-NUS College. It was going to feature working hours, salaries, and other topics that have recently stirred discussions within the student body. It was going to be a balanced and fair account, highlighting the College’s achievements and pitfalls in this area. After all, students are rarely informed about the lives of the several hundred people that come to work on ‘our’ campus everyday. But, as it turned out, almost no front-line staff wanted to talk to The Octant about these issues. While many of these employees were happy to chat in private, almost no one was ready to speak about their working conditions on record.

What do we make of this strange silence? Many factors might play a role here– language barriers, shyness, and cultural norms being just some of them. But we cannot neglect that there is a structural aspect to this silence surrounding working conditions. In fact, Yale-NUS’ employees are quite open to talk about their working conditions in anonymity. On Glassdoor.com, for example, a website that allows employees to rate their employers, Yale-NUS has 17 anonymous reviews by previous and current employees, with an overall average of 3.6 out of 5 possible stars. Most of the reviewers praise the competitive compensation and the international environment at Yale-NUS College. Repeated concerns are “bad interpersonal relationships between departments” and “feeling overworked”.

But the Glassdoor reviews stem exclusively from staff who are directly employed. We have even less information about the realities of staff who are not directly employed by the school, but instead by one of the dozens of vendors contracted to work with the school. These include, most prominently, dining hall staff, cleaners, technicians and gardeners. It is, however, reasonable to assume that their working conditions do not match those of employees directly employed by the school. Sodexo, for example, which employs around 40 full-time and part time staff on campus, has a starting pay of $9 SGD per hour for its workers. Food Services Manager Ibrahim Hussein, who spoke to The Octant, pointed out that this corresponds to the standard, market-determined wage level in the industry. While Sodexo initially faced manpower issues and had to hire temporary staff from sub-contractors, all of the dining hall staff are now directly employed by the company, and are given employment benefits.

Yet the benefits are not comparable to those given to employees of Yale-NUS College and market rates are not uncontrollable, abstract forces, but indeed determined by what employers are willing to pay. Provocatively put: The fact that Yale-NUS chooses to extensively finance catering for events, fancy excursions and other things is an active decision. Similarly, the fact that many workers at Yale-NUS College are remunerated with wages that could be considered rather low, is an active decision. It is a decision that might be ingrained in budgetary commitments and a set of rules (e.g. the far-reaching autonomy of vendors in determining their employees’ working conditions) that are hard to change and complex to track down. But ultimately and in the long term it is a decision that implicates all of us as part of the college community.

In a school that regularly hosts events about inequality, oppression and social justice, the lack of any kind of conversation concerning the existing precarity on campus is remarkable. Yale-NUS students and faculty like to conceive of themselves as a “community“, inspired by the old model of the university as a communitas of researchers and learners. But in its assertion of commonality, this rhetoric hides the fact that our community is embedded in social relationships that extend beyond the triad of students, faculty and higher administration. Our narrow understanding of “community” fosters a conceptual ignorance towards the fact that Yale-NUS is not only the center of life for many students and faculty, but also for the hundreds of people that eat, work, and even nap and sleep on campus– just like us. The design of the Yale-NUS “public sphere” and its institutions like the monthly town hall meetings and the “community” Facebook page, which provide no mechanisms for the inclusion of certain staff voices, illustrates this point. Even more tangible is the regime of spatial seclusion in the organization of life at Yale-NUS (think, for example, of the rather hidden assigned resting areas for cleaning staff) that cements the exclusion of certain voices from the general conversation at the school. Herein might lie another reason for the “strange silence” that this article investigates.

In the virtual absence of any kind of conversation surrounding working conditions at Yale-NUS, we might look to other institutions for inspiration– both positive and negative. Here, I just want to sketch out two different ways that such discussion could potentially take. On the one hand, there is Harvard University in the United States, which recently made headlines by finally committing to paying all its employees (regardless of direct or not) a living wage. After a long period of campaigning by the Harvard Living Wage Campaign, service workers on the payroll of an outside contractor earn the same pay and benefits they would get as direct university employees — including health insurance and pension benefits, paid vacation, and child care assistance. As the New York Times reports, a family of two cooks employed at Harvard can earn up to $120,000 USD  ($163,000 SGD) per annum.

On the other end of the spectrum, we find universities like New York University (NYU) Abu Dhabi, which, like Yale-NUS, was founded as a cooperation between an American University and the local government. Research by the Coalition for Fair Labor, a faculty-student advocacy group, exposed the working conditions of over 10,000 construction workers involved in the construction of NYU’s Abu Dhabi campus. As the Coalition revealed in a report, many of these workers had been subjected to conditions of forced labor and some had even been randomly deported without ever receiving their pay. While the report concludes that till date, workers at NYU Abu Dhabi could still face forced labor conditions, it at least prompted the university to release its long-awaited compliance report.

These stories from Massachusetts and Abu Dhabi prove that student interest in working conditions can indeed make a difference and lead to improvements in the livelihoods of hundreds of staff members of the community. So the good news is: We can do something about it! As “customers” in the neoliberal university, most operations are directed at our well-being and success. If we choose to care about issues such as working conditions, then the institution will feel pressure to respond. The second lesson that we might draw from the above examples and countless similar discussions at other universities is that the outcome (e.g. changes in policy and structural changes) of such discussions ultimately rests in the hands of the university administration. Luckily, at Yale-NUS we seem to have an administration that is seriously concerned with working conditions. This impression is shared by Alumna Julianne Thomson ’18, who is currently working as an executive in the Dean of Faculty Office. She told The Octant that she feels that senior administration is genuinely concerned about staff well-being. However, in Thomson’s experience, staff feedback often does not reach those who could address it effectively. In part, this problem might be accounted for by the complex organizational structure of the college. So perhaps, a first step would be to start talking about working conditions at all. How else would we be able to overcome the silence and confusion that surrounds this topic at Yale-NUS? 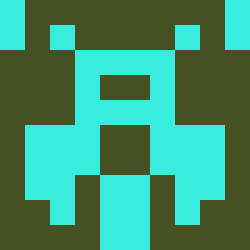