Finding a Place on a Map That Has Already Been Drawn: An Exchange Student’s Perspective

I left London thinking that I had my life together.

The difficulties and struggles which I had faced and overcome during my years in university had made me feel as though I was prepared for anything. I had balanced university life with ridiculous hours spent waitressing in central London with an aggressive boss, managing somehow to get through it with a decent-enough GPA. I went from barely making it into university and having to take a major I was entirely unfamiliar with to getting nominated as a peer tutor. I believed so strongly that I had reached my peak in personal and academic development that, naïvely, it didn’t occur to me in the slightest that this could be destabilized.

As you can imagine, this changed when I came to Yale-NUS College.

I walked out of my first class feeling beyond confused and intimidated. To be in a class full of students talking with ease and confidence, sharing their fully-formed ideas that would have taken me weeks to come up with, the professor dropping concepts I found complicated as if they were as simple to grasp as the ABCs — I truly felt that I didn’t deserve to be here, that I’d made a huge mistake. I came back to my suite convinced that I should just get on a flight home before the semester starts in the UK, which I’m sure I would have done had it not been for my incredibly patient and supportive suitemates convincing me to stay.

My friends at Yale-NUS often tell me they had the same feeling in freshman year. However, there is a level of exclusion you face as an exchange student which makes it all the more challenging. Yale-NUS has a very tight-knit community, which was alien to me — I came from a university where I did not know the names of the majority of my classmates and even professors. Yale-NUS students, on the other hand, had already formed a social web through living on the same residential campus, attending the same events, going through orientation and the Common Curriculum together, etc. As outsiders, it was nearly impossible to seamlessly fit ourselves into this. As a result, many of us ended up as the “exchangers in the corner” — exchange students who were placed in all-exchange student suites and went through a short orientation together, who decided to sit together on the first day of class and found themselves cut off from the rest of the student population.

I’m sure that, if you have ever taken a class with multiple exchange students, you would know what I’m referring to — that group of students huddled together, often looking confused and appearing to care less about the class. I have frequently overheard people talking with a degree of contempt about this group, and in my interactions with Yale-NUS students I continually find myself having to break down the various stereotypes that Yale-NUS students hold as a result of this divide.

No, we are not all here on a neo-colonial mission to “explore” Asia.

Yes, my grades do actually matter.

No, I don’t go clubbing every night.

Yes, I actually care about class and want to learn here.

The hostility toward exchange students from Yale-NUS students is not obscured, and it is clear that we are commonly regarded as a monolithic group of lazy outsiders, making it all the more difficult to fit in.

However, I was not able to fit in with the exchange students either. I did make a couple of great friends who were also exchange students, but many of the social interactions I had with other exchange students felt immensely forced. We come from a wide range of backgrounds and have various interests, but we are cordoned off from the rest of the Yale-NUS student population and forced to socialize among a limited circle. It is possible that stereotypes of exchange students only being concerned about travelling and clubbing exist because, frequently, that is all we have to bond with each other. If we choose not to forge these (often shallow) bonds with each other we can find ourselves completely isolated.

Luckily, I became good friends with my suitemates, but being Yale-NUS students in their junior year, they had a heavy workload and little spare time. They would often tell me about what they would do when they had more time in freshman year, or about how they had struggled in freshman year but have moved far past that now. I felt that I was trying to awkwardly barge my way into their circle at the wrong time. While I was overwhelmed with constant anxiety and stress from trying to navigate a new environment and academic system, they had already been through this together for over two years.

As a result, I spent a lot of time either alone or crying to my suitemates. It was an odd circumstance for me — I had never felt isolated in university before, and I had always been the responsible “mum” to my friends. I was the one who helped my friends with their problems, gave them advice, made sure they went to classes, and got home safe on nights out. I was the responsible one who had their life together, but now I was quite the opposite.

As I’ve come to grasp, I never did have my life together, and perhaps I never will.

My experience at Yale-NUS put me in a position of vulnerability and solitude, but it made me understand and cherish my own strengths and desires. I got through my first semester at Yale-NUS and loved it, despite the overwhelming difficulties I faced. I gained the courage to do what I actually wanted instead of what would make me secure. I learned a new language and a new instrument, gained friends, lost friends, read books that changed my perspective on the world and took classes in areas outside my usual field. I realized that in London I wasn’t heading on a path that would lead me to fulfilment, but rather wrapping myself in a safe blanket of writing mediocre essays, making dinner and watching Love Island every day. I started to plan a future that I wanted, and am now preparing to apply to grad school instead of trying to find the most stable and easy job to apply to after graduating. If I had got on a plane home after my first class, I would have never had these experiences and revelations.

My second semester at Yale-NUS has not been easy — already I have been through a breakup, two friends in the UK dying within a week, and classes continue to be challenging. However, my experience of getting through the previous semester at Yale-NUS has made me appreciate the value of setbacks. It takes being knocked down to grow, and if I never feel like I “have my life together”, I will be happy to know that endless growth awaits me. 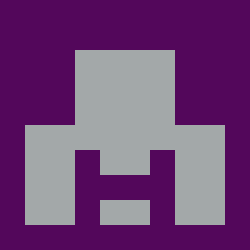