In the conventional sense of the word, I’m not a very successful Yale-NUS College student. I have not done anything that earned me a spot in one of Yale-NUS’ Public Affairs newsroom posts, like publishing a paper with a professor or winning a prestigious fellowship or starting a social enterprise. I’m most definitely not going to get a summa cum laude on my degree. I’ve never won an award, or a case competition, or an essay prize. I dropped out of all but one of the student organizations I was involved in by mid-sophomore year. I worked in a lot of paid positions, but none even remotely related to the field I’m interested in. The only CIPE-sponsored summer program I did was one internship; I spent my other two summers working a minimum wage waitress job, doing some very non-resume-worthy volunteering work, and chilling at home.

I haven’t really picked up any new skills or passions, and I’ve lost some of the ones I had before starting Yale-NUS (I used to draw and paint). I never joined Student Government, nor have I been consistently involved in school politics or internal advocacy in other ways. Besides my Major advisor and my Capstone supervisor, most professors in my Major probably have no idea of who I am.

On some other level, I did extremely well during my time at Yale-NUS. I have never battled severe depression, or anxiety, or panic attacks. I have never had to take a Leave of Absence, or even had to consider the option, due to mental health concerns. I’ve never felt suicidal; never pulled an all-nighter (at least not for academic reasons); never skipped meals on a regular basis. I went to two counseling sessions in my four years of college. I’ve missed a couple of deadlines but never got anywhere close to failing a course due to being too stressed or overwhelmed to turn in work.

To the ever-recurring question “so how are you?” (usually asked with a preoccupied tone bracing for the unleash of tragedy), I usually answer “a bit tired but pretty good”. Last year I had a conversation with a friend about how weird it is to feel like you’re constantly much happier and have your mental health in a better place than everyone else around you. I don’t believe the relationship between my relatively mediocre trajectory in the College and my relatively good personal wellbeing is purely coincidental.

Some people might object to my characterization of a good average mental health as “doing well” and argue that I’m stigmatizing mental illness. The current awareness discourse around mental health consists of a simplified, pop version of the biomedical model that sees mental disorders as something that is common and “can affect anyone”. While that’s technically true, it is also dangerous to simplify all mental illness as “brain diseases” that just magically happen, while ignoring the impact that the environment has on our mental health.

While I appreciate that characterizing counseling as an “ordinary, everyday” activity is meant to destigmatize it, I’m also concerned about the normalization of the bad state of mental health at Yale-NUS (and on college campuses in general) as something ordinary, something that we should just expect because of the normal stress of college life, and that can be fixed with more counseling, better self-care, and less sleep-deprivation.

Since the beginning of my freshman year, the discussion about mental health has been opened again and again, and more programming and resources have been rolled out, without much of a change in the general perception that the student body is on average pretty miserable. It’s just a reality that is quietly known and accepted by students, although occasionally a source of surprise for faculty and staff. The problem is that none of the “solutions” have addressed the root causes of bad mental health.

Care packages, study breaks with free food, positivity notes, time management workshops, pet therapy, and so on do not change the reality of our academic workload or the pressure to take on five different extracurriculars. Nor do these programs change the fact that spending the summer working 40 hours per week leaves you more burnt out than before; or the messages about “careers” and “success” and “prestige” we constantly get; or the anxiety a lot of us feel about the Tuition Grant Bond. They certainly don’t help low-income students who are required to work 6.5 hours per week just to pay off the Student Effort Contribution (SEC) (in addition to however many hours they already need to work to fund their personal expenses and support their families), and are guilt-tripped into thinking their financial struggles are a matter of “effort” by the narrative of personal responsibility used to justify the SEC.

The issue of overworking is always framed as an individual problem: students have too much on their plate! I have never heard a staff or administrator acknowledge that there are significant social, academic, and professional rewards to having too much on your plate. Just learn better time management skills!

In rare cases when those structural issues are brought up, the answer is always: “it’s the same everywhere else”. We are an “elite” institution, therefore we must have high academic standards. The SEC is “common practice amongst institutions that offer need-fulfilling financial aid”. This is what graduate schools are looking for; this is what employers are looking for. And all of this is actually true, which is the heart of the problem, and something we consistently avoid talking about.

Everywhere you look on college campuses students are struggling with similar issues. (A recent post in the “Overheard at Yale” Facebook group read something along the lines of: “this is the smallest number of courses I’ve ever taken per semester!” “How many are you taking?” “Five”). We don’t have poor mental health because we need to learn more about healthy nutrition and exercise, we have poor mental health because we are a generation suffering from an unprecedented pressure to succeed in an unfavorable labor market and immersed in a culture that values a narrow definition of achievement.

Just doing decently in a normal load of four classes while working in a buttery and spending your summers relaxing with your family will by no means make you competitive for grad schools or the labor market – at least not for the kind of institutions or careers that you are expected to go into after Yale-NUS. That’s an issue that is much bigger than CIPE’s messaging. Those stressors are further amplified for students facing structural disadvantages, like being forced to fight sexism to advance in a male-dominated field or having to financially support your family.

Addressing students’ mental health is a lot harder than just providing some free pizza, and might set us up to face some uncomfortable truths, such as the fact that leading a happy life under late capitalism might involve some degree of being “unsuccessful” – which is not an option for those of us for whom success is a matter of survival. But at least that would be a more honest conversation. 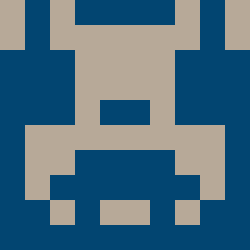