Michael Sagna ‘23’s “On Yale and Yale-NUS: Why Yale won’t Save Us” was an interesting piece on the relationship between Yale University and our college. However, in the final part of his speculations, he asks a loaded question:

“I also speculate that our faculty would stop being so overwhelmingly American—it is quite clear that the current system privileges professors from American institutions. I contend that it’s time we had decolonized our faculty selection process anyway. After all, what business do white American professors have teaching Chinese studies in Singapore? [emphasis added]”

While Sagna makes the laudable contention that we should decolonize our faculty and faculty selection process, his rhetorical question implies that white American professors should not be teaching subjects outside of their cultural and ethnic sphere, such as Chinese studies. I argue that this is a problematic attitude.

Clearly, this sort of response is unwarranted and rude. Importantly, attendees of the roundtable did not learn anything (except that the student was rude) from such disparaging remarks. Similarly, to say that white American professors have no business teaching Chinese studies in Singapore is unwarranted and rude. Such attitudes exclude students from having a productive discussion on the professor’s particular reading of a subject or text.

Problematically, the attitude that Sagna asserts implies that the study of Chinese Philosophy, or any other form of cultural knowledge, should be limited to those that bear its color, culture, ethnicity, or some implicit, but nebulous, identity marker. As I have shown, this attitude of willful discrimination is counterproductive to learning.

To be clear, I agree with Sagna that we need to decolonize our faculty and faculty selection process. However, it cannot come with the attitude of willful discrimination against faculty who are clearly qualified to be teaching outside of their cultural and ethnic spheres.

Instead, a just manner of decolonization should involve scrutiny of hiring and tenure data. Then, we should ask the proper question: “did the hiring of a white American professor displace a non-white, non-American professor who is more qualified for the role?”

Further, in teaching these subjects and texts surrounding specific cultures and ethnicities, are the faculty respectful of the lived experiences of students, staff, and other faculty that are embedded in them?

In asking these questions, we should also scrutinize whether certain subjects and texts have been canonized over time to systematically select for certain professors that have been privileged in their learning of such canonical texts. After all, their familiarity and inclinations to such canonical texts might otherwise form barriers to decolonizing our curriculum.

To be fair, there has been some progress in decolonizing our curriculum. Beginning with the Class of 2023, the Common Curriculum module Literature and Humanities 1 now includes the 17th century Malay Annals (Sejerah Melayu), and the epic of Sundiata (Sundiata Keita). Still, more can be done, and for good reason.

Lastly, in having conversations about decolonizing our faculty and faculty selection process, let us also remember to include non-academic faculty and the staff of Yale-NUS.

It is only then that we can say that we have begun to justly decolonize faculty (and staff) at Yale-NUS College. 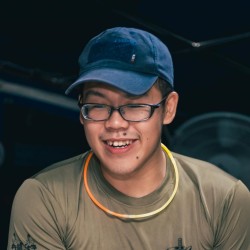 2 thoughts on “Op-Ed: How (Not) to Decolonize Faculty at Yale-NUS College”

What is too much? Romantic Chase Culture at Yale-NUS and its Problematic Manifestations.