Ithaca, or the Long Way Home

The middle of an adventure is the perfect place to start.

FADE IN – Summer 2017, end of sophomore year. Midway upon the journey of our college lives, I found myself within a city dark, for the straightforward pathway had been lost. The first two years of school, I skulked around the halls of College Avenue West as if I had something lodged underneath the quick of my nails, a constant ache in the jaw. Like any coming-of-age tale worth its salt, mine began with a choice, the blue pill or the red pill; do I follow the proverbial rabbit down the rabbit hole and stay basking in a fantasy a little longer? The envelope ruffled uneasily on my table. I had been offered a transfer spot to see out the rest of college at New York University (NYU), where I had spent the last six months and where, in a fit of misplaced trust and affection, I had previously turned down a full time offer. You see, NYU had become my own version of Charles Foster Kane’s Rosebud. For two years, I had been racing against phantom versions of myself that chose differently and went to film school. It would have been so easy to bite down on the careless wish in front of me and blink the last two years out of existence, but somehow, I didn’t. The possibility tasted like ash on my tongue, for reasons I could not fathom. It felt more like a poisoned chalice than a holy grail, tragedy than triumph, like I was running away from rather than running towards something I had so desperately craved. I needed to come home. Something about my time in Singapore and Yale-NUS College still felt unfinished and I had to dislodge this ache in the jaw somehow before I could allow myself to move on. I’ve never met a lost cause I didn’t fancy.

CUT TO – January 2018, second semester of junior year. I had been back in Singapore for six months at this point, long enough for me to begin yearning for the wind beneath my sails again. The previous six months were fun, a neon-hued embrace of heartbreak and all the self-pitying and too much dancing that came along with that. What do you do after you wring out every last drop of heartache and leave it in the corner along with the broken wine glass stems? How do you build atop the cinders of Carthage? I had run out of excuses to not begin to do what I had returned for– my heart was whole again and all my friends were embarking on their own journeys abroad. For once, there was nothing more “urgent” I could hide behind, no fritting away acorns of time lulling in the suite common area. And so I dived, heart-first and headlong into a bear-hug of work. Project after project, film after film, I continued apace in my drumbeat metronome stride. I started to undo the myths which I convinced myself of in those mislaid opening years and found myself drinking the kool-aid the school had been shilling. Not one for institutional bluster, I found myself actually believing that my experience here was made of something else.

DISSOLVE TO– May 2019, knocking on graduation’s door. We seem to be in a rich cultural vein for endings at the moment, endgames to wars waged infinity and uneasy iron thrones threatening to be filled. Where conclusions can easily be undone with endless prequels, spinoffs and retcons, where do we begin to get the sense of an ending after four breathless years?

In Greek poet Constantine Cavafy’s introspective Ithaka, we are reminded of a seemingly trite platitude: take pause on the journey as you seek your way home. Indeed, a two year long homecoming is what I’ve been blabbing about in the past seven hundred words or so. Perhaps, it is not so much that we find ourselves on our way home but we find home on our way home. These four years have been an adventure lived by night, through whiskey in tea cups and Dancing Queen left on repeat; of a thousand graceless nights strung together into a glimmering constellation where the prosaic becomes poetic. It was too slow then all too fast all at once, a life lived in reverse as we spent the beginning slow and perhaps for granted, thinking that in the before there would always be an after. Now that this endless night is drawing to a close, the sunlight peeking through our blackout blinds and scraping our floorboards and ceilings, what will our view from the afternoon be? 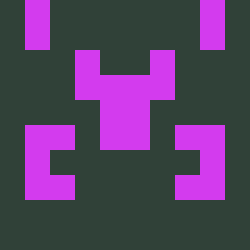