It is no secret that the metal straw has taken the world by storm. In Singapore alone, the influence of environmental activists like @nocarrierpls and @theweirdandwild on Instagram has caused an uptick in the number of metal straws sold and used among youths.

A testament to this is the fact that Singaporean business Seastainable, one of the pioneer metal straw companies in Singapore, sold 3,500 sets of metal straws in a mere six months. In fact, a recent study by non-profit social enterprise, The Final Straw, and a consulting firm, AlphaBeta, found that 80% of Singaporeans are ready to ditch plastic straws for good. It’s heartening to see that steps are being taken to reduce our waste in Singapore, a country that uses 2.2 million straws a day. (That’s enough to line our borders more than twice!)

However, the metal straw has allowed individuals and companies alike to be complacent in their sustainability efforts. Companies use the straw as a form of “greenwashing”, where companies appropriate the trend of environmentalism as part of their marketing campaign, only to get consumers to consume more and create more waste. Meanwhile, consumers remain blind to the other plastic waste they produce as they revel in their use of metal straws as it ticks their “feel-good for the environment” box.

Despite these calls for sustainability, I believe that we are still unconscious of the waste we generate. I am reminded of images on Instagram of metal straws punched into plastic bubble tea cups. Though the attempt to reduce waste by ditching the straw is commendable, one cannot help but see the irony of how so much more plastic is being used in the cup and cover, that their efforts are minuscule in the grand scheme of things.

The biggest contributors to our waste are the businesses and corporate companies that hide behind the veneer of environmentalism that the symbol of the metal straw creates. Metal straws, tote bags, water bottles, and many other reusables given out as corporate gifts allow companies to masquerade as eco-friendly and conscious. They often leave their own unsustainable practices unchecked, and pass on the responsibility of reducing single-use plastic waste to consumers.

One recent example is the campaign from Bober Tea, a bubble tea store in Bishan, which recently announced that they would be giving out free metal straws to the first 5,000 customers who purchase their new drinks. Some commended the store for attempting to promote sustainability by providing reusable straws to those who may not have them.

Others, however, questioned the authenticity of the campaign. They wondered if consumers would really reuse the straws, since the straws were not given with cleaning kits, and pointed out the irony that Bober Tea continued to serve their drinks in plastic cups with plastic lids.

Regina Vanda ’21, President of I’dECO, described the irony of our solutions to our waste problem well. “The scale of the environmental problems we confront today necessitates a real shift to reduce consumption and production, not just a tweak here and there,” said Vanda. “Greenwashing is the antithesis of this transformation we need and says that we can keep finding substitutes for every environmental impact we discover.”

We still have a long way to go if we want Singapore to truly be the low-waste society we need it to be. Singapore is producing waste at an alarming rate and according to the Ministry of the Environment and Water Resources, Singapore generated 7.7 million tonnes of waste in 2017—a seven-fold increase from 40 years ago, and enough to fill 15,000 Olympic-size swimming pools. This waste takes up space on Pulau Semakau, Singapore’s only landfill, which will be entirely filled by 2035 if waste continues to be generated at this rate. It is truly an alarming reflection of how much of what we produce goes to waste.

Plastic straws are just the tip of the iceberg. Singaporeans still produce an immense amount of waste: plastic cups, bags, containers, e-waste—the list goes on. The amount of attention focused on metal straws further exacerbates our ignorance towards other kinds of waste we produce.

The metal straw has outgrown its message. It has done its part as a symbol of sustainability, to increase awareness of the waste we produce as convenience-driven individuals in a fast-paced world. But a symbol is all it really is. Companies and individuals alike need to realize that more consumerism is not the answer to the waste problem that we have created.

On a more optimistic note, get a metal straw only if you need one (like for bubble tea, where straws are needed to drink the pearls and tea at the same time.) Give away metal straws that you receive for free to others who will use them regularly. We must change our relationship with the things we consume to become aware of all kinds of waste we create, for anything that we “throw away” never really goes away. 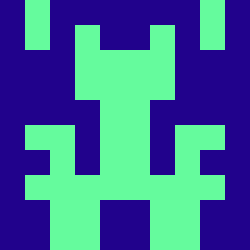