Reacting to Unrest at Home

I had just boarded the bus when I received a message from my mother. It read, “waduh Alice, Indonesia penuh demo.” (Translation: Indonesia is full of protests) As my bus pulled away from the shelter, I remember feeling impatient. The thought of the 40-minute ride back to campus exerted its own quiet pressure, with every minute sitting down a reminder that I’m wasn’t where I wanted to be.

I wasn’t on the other side of the ocean, with groups of student protestors marching day in and day out against bills they didn’t think were fair.

Outrage was brewing back home about controversial draft revisions to Indonesia’s criminal code, and a law passed that concerned Indonesia’s corruption eradication body. Among said revisions in the criminal code was the revival of an article which would make it illegal to insult the president, and additional articles which banned extramarital sex for citizens and foreigners within Indonesia as well as same-sex relationships. The former bill contained lighter sentences for those convicted of corruption.

Meanwhile, I was living in a quiet college with manicured lawns, whittling away at a stack of readings which I couldn’t always finish. The contrast felt jarring.

I kept thinking that I should be there too. But as the bus trundled on and I was forced to sit in discomfort, a particular thought came to mind, which I am writing down for my sake and for the sake of those who are reading this – hopefully, it can be of use. This realization is that no matter where you are, there will always be a limit to your abilities.

It sounds self-evident enough, but it’s not always obvious if you’re the type who is raring to go at every drop of a hat. Nevertheless, there is always a limit to what you can do no matter where you are. These limits may be due to circumstance. My role model, an activist named Soe Hok Gie, experienced relentless hardships that did not decrease as he built up his political acumen, which he details extensively in his diary Catatan Seorang Demonstran (A Demonstrator’s Notes). So much was his frustration with life that he once wrote, “An ancient Greek philosopher once said that the best fate is to have never been born at all.”

But these limits may also be due to your own abilities; for one, even if I was in Indonesia and could participate in the protests, what difference was one person going to make? Furthermore, it wasn’t as if I was leading the movement. Additionally, I know next to nothing about effective social movement, so where would I even begin?

In a roundabout way, I count it among my blessings that where I want to be isn’t where I am. Despite only having been here for a short while, I can sense how much there is to learn at Yale-NUS College. Things which are explicitly applicable to social movements, such as experience from being a part of the Community for Advocacy and Political Education student organization, or any of the numerous social impact events run by the Centre for International and Professional Experience. Some things are also implicitly applicable — lessons learnt from Learning Across Boundaries (LAB) trips or even the most mundane moments in class, when the best thing you can do is show the basic but universal skill of empathy and respect when your classmates’ are putting their thoughts out.

I remembered one of my friends from my Week 7 LAB telling me, remember that feeling of powerlessness and it may be of use in the future. And I can’t help but agree with that statement. Your emotions can encourage just as much as they can discourage you. And the way I see it, when I graduate, what will stick with me is not the 1001 highlighted passages from my readings, or the grades I get on my exams, or the proper usage of a dangling modifier – what will stick with me are moments like these.

As the familiar facade of Yale-NUS loomed into view, I was left with one thought: maybe where I want to be isn’t where I am supposed to be. 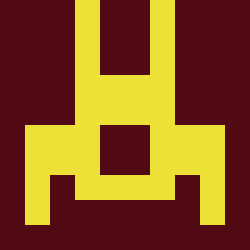