Editor’s Note: Professor Joshua Comaroff, Assistant Professor of Social Sciences, has issued a statement in response to this opinion piece. We have included it at the end of the article.

“Did you get your top choice for Week 7?” “Where are you going?” These were the typical questions floating around dining halls after the Centre for International & Professional Experience (CIPE) sent out the email notifying first-year students about their much-anticipated Week 7 Learning Across Boundaries (LAB) allocations.

I was allocated to a program in Singapore. Cue the first sympathetic “Oh no…”. I was going on the “ghost” one. Cue the second and even more distressed “OH NO….”, followed by a precautionary warning for me to not “bring any spirits back”. Ironically, Ghostly Singapore was one of my top choices for Week 7 and as a horror junkie who loves to peddle in superstition, I was thrilled. Like all my friends, however, I too had longed to jet off to a foreign land to engage in experiential learning and have fun during a much-needed break. Still, I was convinced that the theme of my Week 7 would make the location irrelevant – which other school would let you watch horror movies, interrogate ghost stories and visit supposedly haunted sites for class?

But, rather than focusing on ghosts per se, our Week 7 was targeted at why people believe in ghosts and what trauma, if any, had contributed to their steadfast belief and the creation of ghost stories. Led by Joshua Comaroff, Assistant Professor of Social Sciences, who joined Yale-NUS College this semester, we attended a series of lectures and talks by individuals working in industries closely related to the supernatural.

These included an introductory lecture with Mr. Comaroff and a dialogue with art curator Kathleen Ditzig on her work with the Asian Film Archive exhibition titled State of Motion: A Fear of Monsters. The exhibition explored the histories and interpretations of Asian ‘monsters’. It focused on ghosts being projected as the unheimlich (uncanny), a by-product of persistent repression in society. One example would be the infamous Pontianak, a vengeful female vampiric figure who typically resides in a forest and seeks revenge on men, after having been abused by her husband and suffering a miscarriage.

We also indulged in numerous old-school horror films based on local legends such as the Orang Minyak in the 1976 Hong Kong film Oily Maniac, which offered us fun but questionable portrayals of the legend and even more questionable computer graphics. Such screenings gave us a look into the portrayals of particular ghostly legends and therefore the beliefs and value systems that moulded social behavior at that time.

While the talks were insightful and relevant, the experiential component of Week 7 felt insufficient. Many of us were looking forward to site visits to haunted spaces such as Changi Beach and a ghostbusting trip with Singapore Paranormal Investigators (SPI) at Dhoby Ghaut MRT Station in the evening. But the latter fell through as many members of the SPI had day jobs and could not accommodate a weekday tour. Some students felt that the other site visits were few and far between.

“Given that this Week 7 is about experiential learning, we were cooped up in a classroom listening to lectures far too often. The program would be improved if there were more meaningful field trips as well as in-depth discussions,” said Katrina Jacinto ’23.

One example would be our guided tour at Haw Par Villa, which was slanted towards the history of the site and its creators rather than its perceived supernatural elements. The many daunting Chinese dioramas and the infamous Ten Courts of Hell, which gorily details the many ways one could be tortured in hell, have spawned rumors of the statues coming to life at night. However, due to time issues, we had to give even the Ten Courts of Hell a miss.

While our visit to Bukit Brown Cemetery was extremely engaging, the trip to Mandai Crematorium felt less well planned. Grappling with death is not easy, and observing sites designed specifically for people to do so requires sensitivity. Before the visit, there was scant advice on proper decorum or cultural norms to abide by when visiting sites of mourning.

The self-conducted tour consisted of us discussing the impersonal architecture of the post-cremation rest area with grieving families within earshot and entering empty service halls, where mourning services are conducted, uninvited. We were then led to the Buddhist and Christian sections of the columbarium to analyze the niche designs of actual deceased people. We were even told to take our time and “look around” the different sections.

Having a group of youths embark on a self-conducted tour to observe niches and amble around multiple grieving families felt inappropriately touristy, intrusive and incredibly like an exhibition walk. Nicholas Choong ’23 expressed his discomfort after the hour-long visit, commenting, “It felt like we were walking in on something we shouldn’t have and it felt uncomfortable to tour the area like we did.”

If the site visits had been as well-organized and judiciously chosen as the talks we attended were, I think the “local Week 7” gripe could have been easily dismissed. However, given that this is the first run of Ghostly Singapore, I do think that it has the capacity to be refined into one more befitting of the experiential learning ethos that Week 7 espouses. On the bright side, at least I did not “bring any spirits back” with me (hopefully).

Professor Joshua Comaroff, Assistant Professor of Social Sciences, has issued some clarifications in response to this article:

I hear the students’ regret that there could have been more activity outside the classroom. However, ghosts are not objects that can be empirically grasped “out there,” in the world. To really get at the historical complexity of this subject we will—in addition to a daily tour— need to spend a little time in a classroom (my Week 7 averaged only one hour of lectures, discussions or guest presentations per day of the course). Also, due to the nature of experiential learning, we depend on others for special types of content—and sometimes this doesn’t work out. As in the case of the Singapore Paranormal guys, who decided that they did not want to lead our ghost walk. I now understand that this is because there were 24 students—more than initially expected. But I absolutely share Kat Jacinto’s regret; we were also bummed not to have this activity.

Visitors who are experts in the actual field being studied—in this case, death/ mourning and haunting—coming to answer students’ own questions (not to lecture) constitutes experiential learning. For example, Ang Ziqian the funeral director, who came to answer questions from our group about how he is working to make cremation less abrupt or traumatic. Or architect Sng Ei Jia coming to show the disappearing techniques of paper funeral commodities through physical artefacts (distributed among the students) and documentary film.

We did not go to Mandai lightly, nor to treat it (or anyone there) without adequate seriousness. As someone who has mourned a close friend and family members there, I would not feel comfortable doing so. I did not observe any grieving families in the reception halls at the time of our visit, because there were no services happening. The reception halls were empty (their lights were off!) and the only inhabitants were a group of coach drivers who had come in after us to wait for their passengers. Neither Nilanjana nor I would feel comfortable gawking touristically at mourners. I understand that students feel uncomfortable visiting such sites, but this construction of the tour as callously insensitive is unfair.

I want to point out, also, that I feel sympathy for Isabelle and the other participants in my course. Students’ expectations for “experiential learning”—that it is something that only happens at a site, on a tour—is precisely a symptom of the fact that they see Week 7 as a “trip” and “a much needed respite” (Isabelle’s words), and thus see any campus-based course as inadequately experiential. This is why, I think, Isabelle’s article gives the sense that our course spent hours in the classroom— we had a total of two lectures by me, and one by Professor Nick Smith. Each was 45 minutes long. We spent far more hours on tours, in discussions, and watching movies. 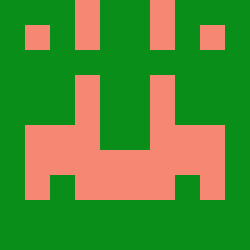