Sit down, be civil

It took me a single moment of seeing a staff member’s anguish in response to an angry email to realize I had to intervene, and I would not wish the same upon anyone else, staff or otherwise — hence this letter.

Being a Student Associate at the Dean of Students Office, I’ve seen and heard everything from passive-aggressive statements to outright personal attacks being laid upon the staff of the college by students. I write this as a student, and a bystander of the interactions the office has had with the very students it serves, being deliberately vague at parts out of respect for those involved.

Our staff have not been given the respect they deserve: the respect due to them not because they occupy a position of authority, but because they are fellow human beings. Our status as students has granted us some right to freedom of speech, a right that our staff arguably do not have. Some students have used this license to exercise their rights and have treated our staff rudely and without empathy.

This is a disgusting abuse.

A post on our Yale-NUS College’s Facebook community group last semester mentioned the visible exhaustion and anxiety of Joanne Roberts, Executive Vice President (Academic Affairs), in light of then recent events. Tan Wei Liang ’18 wrote that “To see Dean Roberts in this position, so stressed, hurt, anxious and asking a student for help, hurt me so so much I was on the verge of tears.”

I can say for certain that this image is not unique to Ms. Roberts, nor to that time period. This is especially true for those who have the passion to work on the ground with students and the patience to accommodate the directions and policies from the administration of the National University of Singapore (NUS) as a whole. Having to watch them suffer in silence as they respond ever-so-politely to attacks on their integrity and character is extremely distressing. There is definitely something we can do to make their lives easier.

This is not to accuse our college of inhumanity; I think we fare pretty well as social beings on a daily basis. We discuss sensitive issues such as sexual assault and identity politics with great sensitivity. It is, however, when issues get heated and intimate that we seem to revert to an “us vs them” dialectic. Even with problems that are deeply rooted and systemic, some students have vented their anger on easy, visible targets such as the staff.

As students and alumni, we respect each other for the bravery and passion we display as we build our community. However, having to live, eat and breathe on the same campus means our dedication to Yale-NUS is somewhat inevitable. This dedication comes back to benefit ourselves in various ways, and so may not be as commendable as we might think.

Our staff, on the other hand, almost always have the option to resort to less collaborative and internal forms of decision-making (as some have opted for), or to simply leave for greener pastures that do not spit abuse at them.

But despite the presently unhealthy climate, many have not. They have earned my respect by continuing to work closely with students in face of the uncalled-for accusations and attacks some of us throw at them — enough respect for me to at least be cordial in my interactions with them.

I would hate for us to have to bear the loss of immensely passionate and competent individuals and the promising work they do simply because of a few instances when we were careless and uncompassionate enough to humiliate and invalidate them.

Trust and agreement with our administration aside, I believe that we as students can at least agree that respect for another human being should be observed. I think the people who keep a school running for us to experiment and flourish in minimally deserve the respect due to a social being with feelings of their own. I won’t ask for trust if it’s too tall an order, but I ask for civility.

I think our community could go beyond checking our own tone by keeping respect in mind (which I feel most of us do) and remembering the spirit of bystander intervention, important  when participating in conversations within our community. Call out your schoolmates if they’re being intentionally rude, or if they aren’t able to moderate their tone. Stand up for your school administrators when they are wronged, because like you, they have feelings too. Though their methods might differ, trust that they want the school to flourish, as you do.

Passions run high in a college as small as ours, and I don’t blame those who have been more aggressive than usual out of their love for Yale-NUS, but I think productive conversation becomes much easier when both sides feel respected and valued.

In the end, anyone who bothers to participate in the discussion has an interest in Yale-NUS’ well-being, and we should respect that when we can and remind others to do the same. 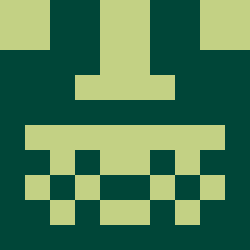