Take a moment to step back from this article and look at the state of the world right now. Everything’s happening all at once: The world is burning- metaphorically and physically. Police brutality is rearing its face around the globe. Governments are bailing out airlines that charge thousands for peanuts and cramped chairs. The world is fighting a pandemic, and people are turning mesh masks into fashion statements. And we know all about it, all the time.

I’m constantly exposed to it, mostly thanks to the fire hose of information that is Twitter and Instagram. The entire world is on display, and all it takes to divine information about it is a few taps and a lingering finger willing to scroll through the news section of Twitter.  This degree of power was unheard of. And, luckily enough, it doesn’t require sacrificing a lamb or the risk of being branded as a witch.

But, how do modern-day witches use this power? Well, to keep up the fire hose analogy, they take on the roles of curious teacup dogs, curious how strong the stream could truly be. The curiosity leads to us being blasted halfway across our fortunately metaphorical streets where, as a cute little puppy, one chokes on tweets and headlines about the sorry state of the world. Staring up at the sky trying to process all of it one realises: “Wow, I know so much about this topic, and well, I even care about it”. It’s all well and good. We know all about the problems of the world, what happens next?

Well, not much. “I mean, I know it’s happening in the world, it’s quite tragic even, but what of it? I already know, don’t I already care enough?” is essentially what it comes down to. I’ve heard it quite a bit at Yale-NUS, and it’s a product of how we consume news. There’s a culture of devouring as much bad news as one can only leave it in the backs of our mind or use it in small talk. Without even trying, we engage in an empty caring. One becomes so knowledgeable to the point of desensitisation. It isn’t something done intentionally either. We just process the overwhelming by turning off our emotions or trivialising it to a throwaway topic rather than acknowledging happenings as life-altering processes.

This idea of empty caring has seeped into the discourse at Yale-NUS. During orientation week, and the weeks following it, I’ve heard a number of things about the Black Lives Matter movement on campus. Being in the United States prior to this, my friends and I were sitting at home consuming information about police brutality, the government going up in flames, and whatever else US media thought would make us want to eat our own faces. The situation was not dissimilar for some people on campus, who had been staring at twitter for the entirety of their quarantine wracked with guilt and dread as more information came out. People from around the world had been focused on this US-centric idea, and upon hitting campus, something odd happened.

A lot of them found a way to deal with this overflow. They just simply dropped all the news. They had consumed it for months upon months at this point, and they came to a startling conclusion. It just wasn’t worth it anymore. They knew all about it, they signed the petitions, they spoke about it in their online circles, but they reached a breaking point. One referred to the dropping of news as self-care. They had decided that focusing on their own countries’ issues was the healthiest and most effective way of dealing with the world. What were they supposed to do about everywhere else?

I can’t blame them for thinking that way, especially while dealing with the information overflow myself. There seems to be something new every day. Border tensions, trade wars, virus news, scandals and whatever else instill dread. All of it makes you feel exhausted and guilty, to the point where you need to find a way out. It can come in the form of knowing, but barely caring, or more frighteningly, in the form of nationalism. In this, The rest of the world is pushed out, as one tries to take the world one gulp at a time.

But, Is an odd sense of issue-based nationalism the key to solving both apathy and the world’s issues? I wouldn’t say so, it’s a way of alleviating the mental burden of knowing the entire world is burning, but it doesn’t help much. Despite earnest attempts, the world is far too interconnected for you to only look at the politics in your area. You’d have to do rather extensive searching to find a problem that won’t link back to the rest of the world. Unless you care deeply about the man around the corner who wants to change the colour of rubbish bins, you’re out of luck for other things to sink your teeth into. You need to turn back to the rest of the world, or cover your eyes and hope you don’t bump into anything too bad.

Now, you may be wondering at what point do I stop lamenting current human behaviour, and get into something substantial. While that’s quite rude, you can find a semblance of an answer down below. All of this apathy and discombobulation -courtesy of the newsfeed- can be controlled, to some extent.

With how interconnected the world has become, one can derive some major themes behind the news articles they read, something they can hold onto as a core issue that needs to be tackled, rather than being blasted in the face with how tragic a situation is.

Be it overarching patriarchy in an entire culture, or an industry that thrives off of imprisoning others, or anything that you reason to be an issue is something to hold onto. You’re essentially dunking a bucket into the stream and sifting around looking for connections between linked articles. From there, you can work out how to fix those issues, no matter how small you believe the solution to be. You could even redirect it to fit the problems of your own nation.

It doesn’t have to be about fixing only their issues, there’s problems everywhere, and we can gorge ourselves on them all we want. But, the best thing we can do is find the overarching issues that affect us all. How we deal with it is a whole other question that we could address.

But, It’s something that needs to be acted out for only a day or two of the newstream at a time. Otherwise, you’ll damn near drown yourself again. With enough time, you’ll piece together what you think the world’s issues are, and in a constructive manner at that. Given a few tries, it reduced my stress at least enough to think about the things I can do besides knowing everything I read off twitter. I think it might help you too.

Naturally, this is easier said than done, I spent a lot of time trying to divine some majestic answer to all of this, but it’s near impossible to condense it that far. Tying together the constantly shifting articles on coronavirus, police brutality, newly forming wars and the threat of more movie-esque events is a talent that to be honed and a profoundly personal experience. I’m not here to tell you what the issue is or what the solution is, I’m just asking you to face the firehose wisely. Someone might try doing it for you, or you might be tempted to plunge yourself into it once more, but I urge you to stand back and sift around looking for something tangible to work with. The world is trying to knock us flat on our feet with new issues every day, but we can withstand whatever’s coming with enough prudence and resilience. 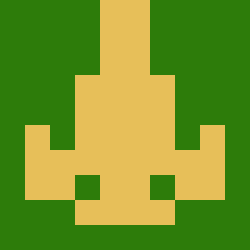