Author’s note: While the opinions on free expression are of the author’s own views, those on the politics of Greater China in this article are used for the sole purpose of examples and do not necessarily reflect her personal stance. She wishes to seek her readers’ kindness in not speculating her political orientation based on this article. She also does not see herself as speaking on behalf of the entire mainland student body at Yale-NUS. Curious readers are welcome to discuss political matters, especially on the issue of free expression, with her privately. She dedicates this article to John Stuart Mill, her inspiration and her strength.

Last semester, I wrote an article defending the Lennon Wall at Yale-NUS College with the community’s interests in mind. I was saddened by its removal because I saw it as a civic education project that had tremendous epistemological and educational potential at and beyond Yale-NUS. However, I must confess that this view was not my immediate response when the two alumni set up the Wall in September 2019. In fact, I was terrified. I believe this feeling was shared by many former and present Yale-NUS students from mainland China, as many of them texted me immediately after they became aware of the Wall and consulted me on what to do.

The reason that we, the mainland students, were so nervous was that we might be publicly-shamed by the Chinese media for being “unpatriotic” if we upheld the community’s value of free speech and failed to tear down the Wall like what our compatriots did in Europe and Australia. If any students from the National University of Singapore or Yale-NUS took a picture of the Lennon Wall and posted it onto Chinese social media, it would not be an exaggeration to say that the material and mental well-being of the entire population of mainland Chinese students (as well as our families living on the mainland) would have been significantly implicated. Fortunately, this worst nightmare of mine was not realized.

The organizers of the Wall, I believe, were unaware of this potential cost to their mainland peers. I do not blame them. However, I would like to highlight this psychological distress that many of the mainlanders had endured nevertheless because our commitment to free expression on campus was often not reciprocated by some of our peers. Consider the case in which a student from the mainland sets up a Wall filled with pro-Beijing messages on campus. Will it face no objections from Yale-NUS students like when the Lennon Wall was being put up? Will our community be able to overcome the psychological or ideological distress and continue to observe the principle of free expression?

Regardless of your answer, dear reader, this pro-Beijing Wall is only an extreme example by which I wish to show that double standards for determining what speech is and should be protected under the principle of free expression exist on the Yale-NUS campus. Our college has made a clear statement supporting the liberal definition of free expression on campus. As the official website reads: “We [the members of Yale-NUS College] are firmly committed to the free expression of ideas in all forms” and “this free expression … sets an expectation that you allow your peers to hold views different from your own” (author’s emphasis). However, this principle is only upheld selectively in classrooms: anyone can say that Hong Kong and Taiwan should gain independence from the Chinese mainland, however, when students from the mainland argue, with reason, that they would like to see Taiwan reunite with the mainland in the future or that they do not support Hong Kong independence from the mainland, they were soon to be labelled as “brainwashed,” if they were not shut down immediately after they speak. If a Muslim student were to speak of her pride of wearing the hijab and someone immediately remarked that she is brainwashed, I am beyond certain that most of our peers and professors would (rightfully) intervene as it is a clear sign of discrimination. However, when it comes to mainland Chinese students, the same audiences immediately lose their energy (author’s note: the author regrets that this analogy is not perfect. She decides to use this example nevertheless because she wishes to express her support for her Muslim sisters).

Trying to refute another person’s argument by attacking that person’s identity instead of engaging with his or her arguments is more than a logical fallacy. It is also a sign of intellectual laziness and arrogance. By shifting the target of attack from the content of the opinion to the speaker, the attacker spares him or herself all the intellectual labor, including listening carefully, analyzing the speaker’s arguments, digging out counterexamples, and formulating counterarguments. After all, a (self-regarded) epistemological superior has good reasons not to waste energy on his or her (self-perceived) epistemological inferiors.

I cannot stress enough that if your goal is to facilitate another person’s critical understanding of his or her background, and not just expressing your discontent with the Chinese government, shutting down mainland students in class or regarding them as being indoctrinated by the Chinese state is only going to be counterproductive. Even if they end up surrendering to social pressure at the moment, they can easily pick up their old views once the pressure is gone. What can change their views, even not for good, is reasoning, explaining to them respectfully that there are some pieces of evidence that they might have missed out on or that there are counterexamples that do not fit neatly with their claims. While it is true that reasoning does not always change people’s minds, it nevertheless opens up the possibility that outright censorship does not.

It is anticipated that some of my readers may reject the existence of such double standards on campus. If you are one of them, I cordially invite you to speak to any mainland students on our campus who was courageous enough to express opinions that shed a positive light on Beijing or its policies. It is also expected that some of my readers will argue that they had never used another set of standards against the mainland students on campus. While I appreciate and praise your kindness and your impartiality, I hope that you can take a further step next time and actively stop any double standards being applied to mainland students should you be present at the scene.

I wish to emphasize that the struggles with double standards are not exclusive to mainland students. My hunch is that most opinions that fall within the broad category of “pro-establishment views” (e.g., pro-patriarchy, pro-authoritarian) will be received poorly by some students on our campus. However, given that I have no personal experiences of such, I cannot testify for their existence. I hope that this article will encourage people who are being judged unfairly for their opinions to speak up and that it will serve as the beginning for conversations on free expression on our campus.

My intention is not to blame any particular individual but to argue that a problem exists and that it should be addressed as soon as possible as the encroachment on individual liberty can only be stopped at its early stage. I am also not trying to pretend that I am guiltless of the behaviours that I have so far argued against. In fact, I regret daily that my younger self had, intentionally or unintentionally, tried to shut down others or put an unfair label on them on multiple occasions. However, my personal mistakes do not invalidate my concerns expressed in this article. They only strengthen my arguments by showing how easy it is for us to fall prey to our natural inclinations of intolerance and forget about the higher virtues of self-restraint as well as empathy.
I would like to end my article by sharing what I have only come to realize recently, perhaps too late, after studying for almost four years at Yale-NUS. When we encounter someone who disagree with us (at least on our campus), whether on the topic of politics, ethics, or religion, we often forget that they are more than their opinions. They are, first and foremost, humans like us, sharing our need to be treated charitably, our struggles, and our craving for affection. We should not only tolerate our opponents because we cannot eliminate each other but embrace our opponents, because they are not so different from the people that we already love. 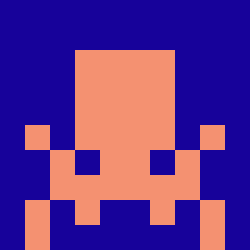 On Yale and Yale-NUS: Why Yale Won’t Save Us