The ‘No Vote’ Option in Student Government Elections is Unfair

Recent Student Government elections have left me troubled. Many candidates would have run unopposed if it were not for the option for voters to cast a ‘No Vote’. While I do not personally doubt the capabilities of current Student Government members, I believe that such a system is unfair.

This semester’s by-elections were triggered by the Student Government constitution, which states that any position filled by Presidential appointment (as opposed to elected positions) has to be vacated after one semester. There were at least four such positions, including the Director of Finance, Director of Enterprises, Director of Student Organisations, and the Representative of the Class of 2019. Some members from the previous semester also resigned from Government, including Adam Lau ’19, Director of Wellness and Residential Life and Darren Lee, Representative of the Class of 2020. All these positions had to be filled through the by-elections as well.

In elections for the Director of Finance last semester, the sole candidate Sakshyat Khadka ’22, lost to the ‘No Vote’ option, resulting in a vacancy in the position. The constitution grants the President authority to appoint any eligible member of the student body to fill such positions. President Scott Chua ’20 then appointed Ryan Yoong ’20 as Director of Finance.

Why is this fair? Should vacant seats be taken up by students who did not run for them (indicating zero interest in the position) if eligible students who are more willing and interested lose to ‘No Vote’?

It would be understandable if the victory of “No Vote” indicates the electorate’s mistrust of the candidate’s capabilities. However, this assumes that the student body studies every candidate with due diligence. We know that is not the case; students in Yale-NUS College have traditionally shown low interest in Student Government operations and elections. In this semester’s by-elections, only 154 ballots were cast out of 892 students, a turnout of 17%, below the quorum of 30% mandated by the election code. This is despite the efforts of Student Government members who stationed themselves in dining halls urging students to vote. If students do not take their votes seriously, the triumph of “No Vote” over a sole candidate is hardly a reflection of the candidate’s capability, but the result of a lack of publicity and exposure. After all, many candidates’ campaign began and ended with only one post on the Yale-NUS College Community Facebook group. Only a handful went to the trouble of putting up posters in campus lifts.

If it is unfair for a student to take up a position they ran for but lost to ‘No Vote’ to, shouldn’t it also be unfair for the President to appoint someone to that position and not have to go through the election process?

We should recognise the fact that students who run for Student Government do so due to their willingness to serve the student body, and as such, put themselves forward to contest in competitive elections. The “No Vote” option allows a contested position to remain vacant even after the elections, opening up a different, non-competitive route for another student to fill it up. This risks creating the precedence of back-door entries into the Student Government.

Some may argue that this system is fair because the President has been fairly elected, and so has constitutional authority to make such appointments. But when it comes down to it, a Student Government position is being handed to a candidate who has not run for it, over a candidate who has.

Lastly, if it is unfair for a student to take up a position after losing to “No Vote”, isn’t it also unfair for the President to appoint that same student to another position they didn’t run for?

This scenario actually happened in last semester’s elections, when then-candidate Nicole Nazareth ’22 lost to ‘No Vote’ when she ran for Director of Wellness and Residential Life, a position contested by three candidates. Adam Lau ’19 won the election, but Nazareth was subsequently appointed as the Director of Student Organisations. However, she has since proven to be an effective Director of Student Organisations and has received 68% of the vote in this semester’s by-elections.

Essentially, the “No Vote” option is an unfair addition to our Student Government elections, especially in our college, where most of the electorate is apathetic towards Student Government. For the “No Vote” option to really work, the electorate has to pay attention to the candidates and their capabilities, which would mean that students who rank ‘No Vote’ over another candidate do so because they feel the candidate is undeserving of the position. There are already insufficient students who are willing to stand up, take the baton and run for a position in Student Government. Unless there is a drastic change for the better in our political climate, ‘No Vote’ should not be on the ballot. 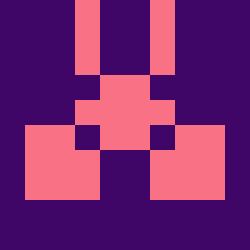 Ng Jun Jie
Reaching age 22, from the Class of '22, Jun Jie is interested in politics, history and international relations. Besides being a K-Pop, K-Drama and Running Man fan, Jun Jie is also a fan of good food and cold beer.