The Point of Scientific Inquiry

When I took Scientific Inquiry 2 (SI2) last year, I thought that the course content was far too simple to be interesting. Much of what was taught in my class was chemistry that I had learnt in high school. When I consulted professors to find out why this was the case, I discovered that the focus of Scientific Inquiry (SI) was not the scientific content, but the spirit of empirical inquiry.

Hence, the science was pitched at a very accessible level to enable students to focus on the inquiry, which is the crucial component of SI. But what is this spirit of empirical inquiry that science education at Yale-NUS College hopes to cultivate, and how is it valuable to the liberal arts?

What is SI for?

A central tenet of the liberal arts is that good education should evoke introspective examination of long-held assumptions and beliefs in learners. This is usually thought to be the role of philosophy, which never takes any knowledge for granted, and the creative arts, which imagine new worlds to make us question our own. I think that SI is an attempt at aligning science education with this goal.

Indeed, the study of science can cultivate critical reflection. At its core, science is about understanding the world from a third-person perspective. A significant component of doing science involves reducing qualitative observation into quantitative data which can be accessed, verified and analyzed by a third party. This has led to the creation of a language of numerical units, statistical methods and naming conventions that try, as much as possible, to strip our observations of their subjective biases.

Science’s obsession with the third person comes from a willingness to let the empirical world, instead of our personal beliefs, take center stage in our quest for knowledge. I think that this spirit of empirical inquiry instills a sense of humility in students of science.

In arguments, it encourages us to take the view best supported by empirical evidence, even if that means admitting that we were wrong. When arguments boil down to a fundamental difference in beliefs (as is often the case), the spirit of empirical inquiry makes us more willing to subject our fundamental assumptions about the world to empirical scrutiny by reading up on relevant evidence and allowing our worldviews to change in light of this evidence.

As such, science, which aspires towards an understanding of the world free of subjective bias, has an integral place in the liberal arts as it compels students to identify the subjective biases in their beliefs, and critically evaluate their worldviews.

However, the spirit of empirical inquiry is often masked by the authority of science. Today, science is the cornerstone of many fundamental beliefs. The beliefs that the earth revolves around the sun, and that things fall because of gravity, are grounded in the authority of science. The vast majority of us accept these facts unquestioningly, without bothering to ask why they are regarded to be true.

SI seeks to do this by asking how we know what we know. In SI, we learn about the wealth of empirical support for the theory of evolution and anthropogenic climate change. The aim is to ensure that we do not take these facts for granted.

The Problem With SI

However, the general lack of interest in the questions: “Is evolution true?” and “Is climate change man-made?” shows that this has not been achieved. I think that this is because the topics that SI tackles are textbook “debates” that have already been resolved in the mind of the average college student. Students in Yale-NUS do not find these questions interesting because few of us think that natural selection is false, or that human activity is not responsible for global warming. That’s because we already believe in the authority of science.

What SI is doing, in effect, is taking existing topics that students already have preconceived notions of, then making them find evidence to confirm those very notions. If students are made to feel that science was right from the very beginning, why should they exercise empirical inquiry to challenge any other belief grounded in science?

By showing us the wealth of evidence behind these widely accepted theories, SI actually reinforces the assumption that if a belief is grounded in the authority of science, there must already be solid empirical evidence for this belief — the very assumption that it should urge us to question. In other words, because SI reinforces common and comfortable beliefs, it does not compel us to question our worldviews. This works against the spirit of empirical inquiry.

Instead of revisiting past debates, SI should tackle current controversies where empirical evidence has the potential to call one’s beliefs to question. Students also need to see that the questions that they find interesting can be reframed as empirical questions.

One topic that is heavily discussed at Yale-NUS is the relationship between biological sex and socially constructed gender. I see a wealth of fascinating empirical questions in this debate which can be addressed by methods in evolutionary biology, neuroscience, psychology and sociology: What sexual propensities have we inherited from our evolutionary heritage, and how are they being manifested in society today? To what extent does the environment affect perceptions of gender in developing children? What are the physiological effects of gender socialization on the brain?

These are difficult questions, where even empirical results can be skewed by the inherent biases that scientists themselves possess. But what better place to discuss these problems than in a liberal arts setting?

If taken seriously, the spirit of empirical inquiry has much to offer one’s education. To cultivate this spirit in Yale-NUS students, SI needs to first address questions that we will take seriously. 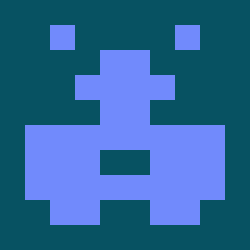