“What’s your favorite place on campus?” asks an interviewee over Skype from the other end of their screen, about halfway around the world. About three seconds pass between the end of their question and the beginning of my answer. That’s a reasonable amount of time for me to use a patchy internet connection to excuse my delayed response, right? As a student, I was never asked this question. Even if a friend posed the exact same question to me, I would have thought it irrelevant. On a campus where space is tight, my conception of place was very practical and utilitarian. Multiple functions occupied the same floor space, and every place was readily reconfigured to serve a different purpose. My room, I had come to learn, by my sophomore year, was both a space of work and rest, but not for social calls. My desk was a flat rectangular surface for work while my bed, another flat rectangular surface, was for rest. I always thought of spaces as a means to an end. I was never attached to a space, or ventured so far to claim a piece of land (or box of air if you’re above ground!) as my favorite.

Unsurprisingly, I was caught off guard the first time an applicant posed this question during one of the first interviews I conducted early last year. In hindsight, I always rationalized to myself that this question makes a lot of sense for them to ask. Firstly, they know that I was a student here. Secondly, they might not have visited Singapore before. Thirdly. . .this really isn’t a difficult question. Just pick one, and quickly, I thought to myself. Saga? Elm? Cendana? Maybe I should stay neutral lest I give away my college affinities. East Core? West Core? The bio-filtration pond that the other five buildings surround? Perhaps the question comes from an earnest curiosity to understand Yale-NUS College as a place to live and learn. Or maybe this question stems from a deeper existential concern. They need to imagine their future, the potential paths they might take, or whether a space will be hospitable or hostile when they need it the most. Will this be a space they can find and build a new community? Trying to understand the unfamiliar ostensibly makes sense, and I find myself doing that every time I leave the country. Before travelling, I’m always pulling out Google Maps and images of the space I’m about to enter to try and understand it before I get there. Although this also stems from a need to know where I’m going, perhaps that’s a catalogue of thoughts for another day.

Those three seconds pass. “The Buttery”, I say instinctively, and with a lot of conviction that magically appears. “I’ve worked there ever since my first semester at Yale-NUS.” I explain what that word means, and how you can get a burger or a bowl of instant noodles at affordable prices. “It’s a very community-centric space, people from different class years and residential colleges can gather, grab a meal or drink, play video games or just chill and catch up on what’s been happening in their week.” I talk about how I know someone’s order as soon as they walk through the door. Mollie (Saga ’17) would order black tea with a splash of milk with no sugar. Adlin (Elm ’17) would order an Indomee, a beef patty, and a fried egg, a dish that has since been named after her in The Shiok Shack (Saga Buttery) or Shiner’s Diner (Elm Buttery). I’d go to the fridge and retrieve a yoghurt parfait when I saw Zhi Wen (Saga ’17) walk through the door. Glen (Elm ’18) didn’t have a regular order, but he would often sit at the counter watching Hamid (Elm ’17) and I banter while cooking and cleaning. “I love being able to cook for other people, and the part of working there that I love the most are the short conversations I have when serving my friends. It’s really personal. I know them, and they know me, we’re more than just names and faces.”

At the end of my first interviewing cycle, I realized that a pattern started to emerge from my responses to questions from various applicants.

“What’s an event that you really enjoyed attending?”

“Tape Days! There’s this 90s music concert that a group of students initiated that we hold…”

“What’s the best part about living on campus?”

“What’s something you experienced that I can’t find on the website?”

So now that I’ve done my evidence gathering and critical thinking, and spent more than half my word count not answering the original question (don’t do this for your graded work), I’ve come to a more nuanced understanding of what “my favorite place on campus” is. My favorite places on campus are spaces where a community can gather, and are open to redefinition. They are multi-functional at different points in the day, open to anyone, and can be used for different needs. Perhaps such spaces are our closest real-life equivalents to the Potter-esque Room of Requirement. My favorite places on campus are the spaces in-between walls real or implied, and I love them because of their amorphous nature, allowing any individual to stake a claim to community, identity, and a sense of belonging. The Elm Courtyard: a patch of grass that previously hosted an outdoor music concert that was dangerously close to water pipes running below. The butteries: many tiles on the floor where students study during the day, hold events until evening, and chill through the night. The sky gardens: a box of air above ground for conversation. The one on the 17th floor of Elm College holds dear to me because as senior, I used to hold Tee Time (forgive the pun) in the afternoon once a week, tempting some Elm 2020ers out of their suites into the sky garden with my teapot and biscuits.

I never understood or appreciated this privilege of entering a new space and being able to claim a stake in it until I went to Yale in London for a semester abroad. My room in a London flat was not like the room in my Yale-NUS suite. Carpets replaced tiles, you would never open the windows when you came home (or at any time of the day actually), and I constantly fantasized about how I could make it warmer. (Pro-tip: don’t put half your cupboard in front of the radiator.) The idea of home as a place changed drastically: home is not a physical place, but a set of activities you repeat or things you bring to stake a claim to a space so that you understand it well, form a stable identity with it, gain power over it, and re-create an established sense of meaning that we’re familiar with through those items and interactions. I’m not the first person to come up with such an idea of one’s identity to space being formed through how you interact with it. Many of my friends and colleagues who are Urban Studies scholars could explain this much better than what I’m attempting to do right now. But my favorite places at Yale-NUS helped me stake those claims, and create a sense of belonging that I could share with others.

Graduation marks a period of mobility. Some of us hop on a plane to move away to a new home, while others are in the process of moving back home. Some will go off to pursue graduate school and form community in a new university, while others will get used to navigating an office space for the first time. The spaces in-between taught me how to stake a claim in an unknown space, how to share it with others around me, how to build community, and how to form an identity with it that created a sense of belonging. Perhaps the beautiful thing about this process, beyond giving us a new adulting skill, is that it gives us the courage and confidence to do the same no matter how many times we move from one space to another. The butteries, courtyards, and sky gardens have given me a repository of memories and experiences that have answered an existential question, and will continue to do so whenever I travel from the familiar to the unfamiliar. And on this day when you look back at your time at Yale-NUS, I hope that you bring that confidence with you to find your new “favorite places”, wherever in the world you choose to go. 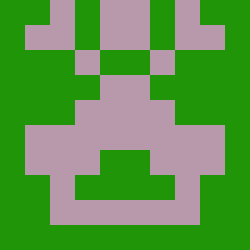