“We made the transaction. We will have 200 euros for the upcoming two weeks until the next paycheck. But don‘t worry about us — focus on your studies,” my mother said, as she sent me SGD 971.50 for my first semester in college.

Of course, I do worry. The sense of guilt I feel for burdening my family‘s already limited finances makes me sleepless. I experience the constant anxiety of not saving up enough by January, when payment for the next semester is due. I feel claustrophobic because I do not want to leave campus. I do not enroll myself in the mental health advocacy group, Aloe. I do not run for a student government position. I stop playing classical guitar, a hobby that I have enjoyed for over 10 years.

All of this happens because of my perpetual fear of wasting money and not dedicating enough time to my “paying job”. That‘s a reality that I, a first-year student supported by Yale-NUS College’s need-based financial aid, have experienced at the beginning of my school year.

I have to go through all of this because of the Student Effort Contribution (SEC). The SEC is a clause of SGD 1500 in the financial aid packages of need-based scholarships in Yale-NUS, which is to be paid by the student. The 2018/19 academic year is the first year that the SEC has been implemented. The SEC amount is deduced from the payments that one’s parents should be able to pay based on their financial capabilities: If the family is able to pay SGD $3000 then the SEC would be SGD $1500 and family contribution would be SGD $1500.

Ed: Read more of our coverage on the SEC in “Financial Aid Office Quietly Rolled Out a New Student Effort Contribution for First-Years”, published in this issue.

Rather than incentivizing financial responsibility, the way that the SEC is structured burdens already vulnerable members of our community. Most poor first-year students that I know of won’t be able to fully cover the SEC, because they did not realize their financial responsibility soon enough. I personally came to the College believing that there was going to be significant guidance from Yale-NUS as to how to cover my own tuition fees — be it by facilitating my search for a job or by providing that job automatically. This was not the case.

The lack of guidance from the school is made worse by the fact that finding employment is especially difficult for first year students. It is generally hard to find a steady paying job because upperclassmen and other freshmen that are not on financial aid are also applying for those same jobs. Students that worked during the summer might be getting priority over first years or might be better informed of when the deadlines for these job applications are, crowding out students who have to pay the SEC.

Additionally, as for most students going to Yale-NUS, the first year of university is also the first year of living and budgeting for yourself. Add into the equation the fact that you are in a new country, culture and environment where there are many things you have to do, on top of orienting yourself in Yale-NUS’ super complicated search for a job. Many freshmen have never job-hunted before.

Thirdly, the payment for the first semester has to be made by October 5th, just a little more than two months after first-years arrive at Yale-NUS, meaning that there is an incredibly tight time frame for students to earn this money on their own. In fact, it is quite literally impossible.

The personal cost of the SEC is subtle but still significant. The fact that it is my parents who are paying the SEC on my behalf means that I can‘t stop thinking about how privileged I am. I constantly think of my parents who I am failing by not putting enough “effort” towards covering my tuition. I can’t stop bashing myself whenever I am out with friends. It seems that even doing small things for myself, like relaxing by watching Netflix, is a betrayal of the investment that my parents made in me.

It is absurd that Yale-NUS claims to stand for the values of a liberal arts education that incentivizes cross-disciplinary discovery while it simultaneously demands that first year students do jobs that “pay”. While richer students are able to try out things like scuba diving, consulting, and flying drones (sometimes all at the same time), poorer students have to “focus” on only one or two clubs that are the most important for them because they have to allocate most of their time towards activities that pay. Why is it fair that the wealth of the family that students are born into determines the kind of experience they will have during their first year in college?

The philosophy of the SEC is against the values of inclusivity of Yale-NUS. Yale-NUS likes to emphasize their need-blind admissions process. However, with the introduction of the SEC and its associated impact, low-income students are still not able to get the same kinds of opportunities as more well-off students because of the stress and anxiety that the SEC creates.

Moreover, if the Yale-NUS’ goal is to create a partnership between a student and the college, why this this “valuable partnership” extended only to worse-off students? Furthermore, if it’s important that the students themselves contribute, why is there no attempt whatsoever to check whether the money is coming from student income and not their parents?

The last thing about the SEC that I find problematic is silence. There is utter silence from the administration about it. Prior to paying the bill for the semester I had read about the SEC only once: when I got my acceptance letter. Even when I was talking to people in the Financial Aid office about the student bill, the Student Effort Contribution was never explicitly emphasized.

I have come to realize that there are some students who had not even realized that the SEC was a thing. I found out that even if they had known about it, they had thought that it was an old practice that had been implemented in previous batches. The lack of knowledge about the exclusiveness of the SEC makes these students just sit silently and do nothing about it. More importantly, if low-income students don’t voice what they are experiencing, there is no way that authorities can make any kind of changes to the policy.

This might signify another problem with our campus culture — the stigma around talking about finances. A conversation about money is definitely an awkward one. Some students feel insecure about it, while others might not want to reveal their privilege. However, I think it is crucial that there is a discussion about the socio-economic make-up of our school.

It is important that people recognize that it might not be affordable for some people to go get Starbucks from Utown every other day. It is important that more well-off students realize their privilege and engage poorer students in ways that do not jeopardize their financial situation. I think a more receptive culture of listening and understanding when your friend wants to engage with you but is not able to because of money issues is crucial for our school to become more inclusive. 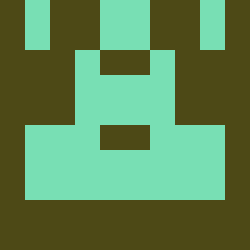 Made Up Sh*t: The Fiction and Fact of COVID-19