At Yale-NUS College, the term “community” is constantly thrown around. Even the name of our Facebook group is “Yale-NUS College Community.”  One strand of defining community is based on considering those usually “othered” by mainstream discussions. For instance, there are those on the margins of society, internet-based virtual communities or our multispecies, nonhuman counterparts. One thing that’s also nonhuman are ghosts, which our explanations of who or what constitutes the Yale-NUS community do not usually include. Posts on the Facebook page, rumors about “sightings,” and whispers at night to scare our friends have been commonplace throughout my four years here.  Perhaps, it’s time to re-evaluate that.

Ghosts are problematic, ectoplasmic things that can be rationalized away by saying “it was the wind that blew XYZ in my shutter.” After all, the Common Curriculum does require us to read Alan Chalmers’ What is This Thing Called Science?.

Combining a rational mode of inquiry with ghosts, I propose that there is a systematic method to discover ghosts and substantive hauntings: independent corroboration. That occurs when a few people mention a similar story without prior knowledge or consultation. For example, if one interviewee says that they sensed something in a classroom alone, that’s not independently corroborated. Rather, a substantive anecdote would be when multiple individuals talk about a similar presence in an area without consulting each other. This avoids the herd effect. Through my interviews for my Anthropology of Education final project, I have identified at least seven independently corroborated stories from participants who have a third eye or spiritual encounters prior to and beyond Yale-NUS.

During my ethnographic research, I was often asked about my stance on ghosts. To start, my position is to avoid disrespecting what I do not know. But beyond that, what do ghosts do? According to a genealogy of hauntology literature, ghost stories have a disciplining function and I am wary of that. One should respect certain moral boundaries or respect the dead, if not there might be consequences. Ghosts are often an instrument in the process of socialization. That makes sense, but I’m not sure if ghost stories in Yale-NUS have a similar function. The humans of Yale-NUS are probably scarier. Thus, ghosts are part of the social process of Yale-NUS, but to what end? I think it’s an open question.

If I wasn’t already convinced about whether ghosts exist or not in Singapore, I suggest watching Dave Lim’s ’19 Urban Studies capstone documentary on Hindu and Taoist religious processions in Singapore.

Hauntings, ghosts, and ghost stories are well and alive in Yale-NUS, in Singapore for the world, even in the newly-opened campus. I was warned against revealing these stories to Yale-NUS. So, what I can say on this medium is that there are malevolent and beneficent presences, independently corroborated. Ghosts are as much a part of Yale-NUS as nonhuman flora and fauna, like our dear cat Lizzie or as some call her “Skullcrusher 9000.”

Regarding the rumors that Cendana is more than haunted than Saga– Well, maybe? But even then, that might change in time to come, and how does one even measure haunting in the first place? In light of graduation, what kind of heritage of hauntings do we, as seniors, leave with each other or behind in the community? I can think of a few. 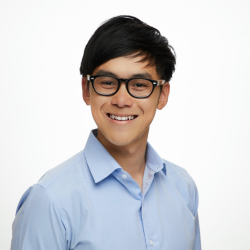