To Tinder or not to Tinder? An Alternative Narrative of the Undergrad Student

Disclaimer: Online dating use within Yale-NUS was covered in this article written in 2017.

Freshman year in Yale-NUS College is, by no means, easy. It is for this reason that many of us try to ground ourselves, refusing to complicate our lives any further by staying in relationships with people from back home, taking on unnecessary responsibilities, and of course participating in the most complicated and emotionally tiring of all activities — online dating. It is in anticipation of this chaos that, en route to Singapore, I deleted all of the dating apps from my phone, making myself a promise —

“I will not use any dating apps until the end of semester one.”

My motivations behind this pledge were quite simple. I did not want apps like Tinder, Bumble, and Grindr to hinder my integration into the Yale-NUS community and therefore my college experience. I wanted to get to know our student body, both romantically and platonically, before I started going on dates with guys all over Singapore. Dating apps, I thought to myself, would be a distraction from my new life, as well as become a rabbit hole in terms of their addictiveness. This would also allow extra time for me to concentrate on my friendships, sitting at dinners from six until eight, saying yes to spontaneous Foodclique trips, and of course enjoying Grab-scooters whilst they were still legal.

And at the beginning of the semester, it was (unsurprisingly) easy to keep off of dating apps — after all, when everything is fresh and new, Tinder is the last thing you think about. Orientation for me was a chaotic blur of introductory meetings, eating food I had never heard of at hawker centres all over the island, and socialising with people I would never speak to again. The constant stimulation provided by the new environment was physically and emotionally exhausting, though certainly fun. We were kept occupied by a domestic wanderlust, constantly looking for cool new places to go.

Life did not get any less hectic with the onset of Common Curriculum classes, marking the end of a period of incessant introductions and our initiation into a more academically focused college experience. Readings and assignments began to occupy most of our time, and conversations with friends rapidly shifted to discussions about the multiple scandals which have plagued our college this year. In addition to this, a close friend decided to join me in my vow, providing me with a support system and companion in app abstinence. The buildup to Week 7 excited some of us, and led to others to despair, while many of us started to explore Singapore’s nightlife.

Recess week allowed both the space and time necessary for introspection. It was at this point that we realised our friendships had started to solidify, and many of us started feeling more comfortable at Yale-NUS. Hidden behind a haze, the sun still shone, and many of us began to feel optimistic about our four years at the college. Week 7 saw some of us exploring more of Asia, whereas others explored more familiar places like Pulau Ubin and the forever cursed R Studio.

Life started to become more stable and monotonous after Week 7, and Tinder became an increasingly attractive option to add some excitement to our lives. Monsoon season started, and the campus became grayer than ever before, drained of the saturated greens and warm tones that we had become used to. Many of us, however, had our dating cravings placated by the audacious promises made by the Aphrodite Project — an ambitious matchmaking project founded by NUS students which used an algorithm to help us ‘find love’ in the form of ‘one final match’. A lot of us lurched at the opportunity to answer the sixty-question form. We expected the result to be a reflection of ourselves, and awaited the responses eagerly. Postponement after postponement, we were repeatedly disappointed after getting our hopes up.

It was at this point that I started questioning the pledge I had made three months prior, and to be fair I had gotten to know our College’s population well. (If we’re honest, when you study in a college with one thousand students, it’s not too hard to do so.) I felt that I lacked spontaneity in my life, and needed encounters with people outside of the bubble to break the repetitiveness which had, at this point in the semester, become a cornerstone of Yale-NUS life.

In addition to this, my participation in the Love and Marriage Week 7 hadn’t exactly helped me stay off of the apps. Day after day we learned about declining marriage rates, and how desperate things were becoming for Singaporean singles. We also got the chance to interview the Social Development Network,  a government agency which facilitates dating and marriage in Singapore by hosting and sponsoring events where Singaporeans can meet each other. We were bombarded with messages about the importance of dating seriously as soon as possible, and preferably in university, adding nothing to the Week 7 apart from unnecessary stress about an aspect of our lives most of us didn’t even want to think about.

Life dragged on, and with exams approaching there once again seemed to be little time for trivialities like Tinder. Finding out Kilo Lounge was closing on New Year’s Day marked the end of an era, and we couldn’t help but feel that we deserved better. The stress levels mounted, and we collectively panicked while studying for the Quantitative Reasoning exam which we were certain we would fail.  Once the great beast had been slain, we worked obsessively to improve each of our assigned essays, only feeling satisfaction two minutes before our 23:59 deadlines knowing we had done all that we could. And with every essay submission, more and more weight was lifted off our shoulders, until we ourselves started to lift off, returning to our homes all over the island and the world taking Singapore-branded keychains, as well as beautiful memories, back with us.

It is at this point that I should probably mention the fact that I did actually get Tinder before the end of the semester, just one month shy of the four month hiatus I had put myself on. In hindsight, my enthusiasm was definitely misplaced, and the idea that Tinder would cause all my boredom to magically melt away was childishly naive. Three months off the app had made me forget how time-consuming, superficial, and mundane the whole process was. After setting up a profile and writing a mildly funny bio, I swiped endlessly and aimlessly with very few resulting matches (compared to those I had gotten back in the United Kingdom).

As if being stared at everywhere I go wasn’t enough, I was once again reminded constantly of the fact that I am black. This forced me to confront the insidious nature of Singaporean racism, reflecting in dating in the form of racial “preferences”. Now don’t get me wrong, it would be foolish to argue that the UK is not a racist society (see Mexit), but it also seems that London’s exposure to much more ethnic diversity has created a much more open dating population. Singapore, on the other hand, has an extremely segregated dating scene with Singaporeans of each ethnicity very often stating that they only date within their ethnic groups. Being black within this dating context was consequently quite isolating — a community which is extremely small in my case. This meant that the people I matched with tended to be immigrants, or expats as they so endearingly call themselves. Comparing Tinder profiles with white and East-Asian friends was both shocking and disheartening, and it almost felt that we were dating in entirely different countries.

However, once I got past the bleak exercise of swiping left and right, conversations blossomed, and I realized why I had redownloaded Tinder. The app made it easy to connect with some really cool guys all over the island, with genuinely intriguing perspectives on everything from McDonald’s, to the state of the universe and even British culture. Whilst not all of the dates I went on were exceptional (some felt like I was on Get Out), they all taught me something about myself and what I want from my life. My enthusiasm for exploring Singapore was once again reinvigorated, as my dating journeys took me to familiar places like UTown Green, as well as to areas I had never heard of and even an apartment viewing.

Do I regret the promise I made when arriving in Singapore? The short answer is no. I definitely think that it was healthy to take a break from dating apps — which I had previously been relentlessly using — and that I have benefited from taking time to focus on socializing within the College. My commitment to this pledge allowed me time for myself in a very chaotic time in my life, and for that I am extremely grateful

On the other hand, the mistake I did make was committing blindly to the promise for such a long time. Prohibiting myself from downloading the app had the effect of causing me to internally glorify it, leading to a real sense of disappointment when I redownloaded the app. I was simultaneously quick to dismiss dating apps as a waste of time, ignoring their inherent usefulness in everyday life. I forgot that they are a means to an end, and that I can use them as and when I see fit. When we’re sick and tired of seeing the same few faces day in and day out, with a few swipes and a few messages we can meet with genuinely intriguing people from all over the world, both romantically or platonically. After all variety is the spice of life.

Winter break was a sacred time for many of us. Spending time with our families as we used to pre-Yale-NUS was stressful, but rewarding, and we managed to reconnect with friends that we missed as we got back into the swing of pre-Yale-NUS life. The majority of us spent our days lazily binging Netflix, while eating all the foods we had missed so much while we had spent our time bound as prisoners to Sodexo. Day after day we slept in until it was once again time for us to become students. Apprehensive about our first graded semester, we anxiously boarded flights and MRTs to move back into our suites, returning to a Singapore without Kilo Lounge, many of us having found new people to send postcards home to. 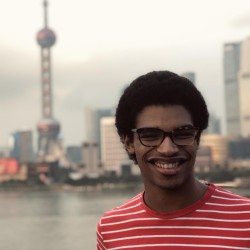