We Who Differ in Sentiment – Rethinking ‘Dissent’

The space for disagreement and discussion — let alone dissent — is small in Singapore. Those of us who are interested in examining viewpoints that may lie outside the ever-shifting lines of acceptable public discourse often run into many walls. Whoever finds themselves on the wrong side of the line is associated with the word ‘dissent’. This space is even smaller for those who exist outside Yale-NUS College.

Coming Up Against A Wall

Many of these walls are built on an elitist suspicion that only the educated may have access to some knowledge. These range from the paywalls that make financial access to information difficult for those outside of academia, to the walls of the archives that prioritize academic affiliation. University students are privileged to have many of these walls lowered for us, especially at Yale-NUS, where this academic freedom arguably extends beyond the classroom and we can easily invite Pritam Singh, Workers’ Party Chief, or Tan Cheng Bock, Progress Singapore Party’s founder, onto campus.

At times, however, we still come up against these walls.

The recent withdrawal of an experiential program — “Dissent and Resistance in Singapore,” led by local writer Alfian Sa’at — is one such example. The program would have allowed students to think through what ‘dissent’ can possibly look like in a landscape like Singapore where activism is often frowned upon. The concept of ‘dissent’, I should note, is a key question in political theory across multiple cultures; from Thomas Hobbes’ belief in the absolute sovereign, to the Neo-Confucian Huang Zongxi’s argument that ministers can and should be critical of their emperor, and finally to Mahatma Gandhi’s advocacy of non-violence. The proposed program had covered a range of ‘dissent’ strategies, from collaboration with the state (Pink Dot) to interrogations of spatial use in Singapore (Seelan Palay). It spanned artistic disciplines like theatre, visual art, performance art and film and was supplemented by readings from some of our most respected home scholars like Lynette Chua and Terence Chong. While one has the right to question the pedagogical benefits of some components of the program, that should not prevent us from embracing its spirit of inquiry into the concept of ‘dissent’.

What Can A Liberal Education Do For Singapore?

Two nights ago, with reference to this program and the current political situation in Hong Kong, Tan Chuan Jin, Speaker of Parliament, asked on Facebook: “Is this the liberal education that we need to get us into the future?” My first response was frustration that this definition of ‘dissent’ was so narrow as to encompass only one extreme example. What Mr. Tan neglects to understand is that dissent also includes rallies at Speakers’ Corner and even political satire, exactly what the withdrawn program would have discussed.

Separately, I wondered if almost eight years after the formation of the first liberal arts college in Singapore, we have not convinced our leaders that a curriculum which accommodates a diversity of viewpoints is what develops critical thinkers. It is exactly this diversity that Singapore needs to cultivate, even beyond higher education, if it wants to nurture critical citizens.

In a recent speech, Heng Swee Keat, Deputy Prime Minister, said that ‘co-creation’ would be central to the new leadership of the People’s Action Party (PAP), and that they are looking for ways to “work with [Singaporeans] to create a shared future, one where every Singaporean will have a part to play.”

In my view, this vision of ‘co-creation’ should be lauded. But it cannot be realized if Singaporeans, both inside and outside of the College, are not trusted to debate, discuss — and yes, dissent — over issues that matter to us. This should not mean we have to follow extreme scenarios of protest violence elsewhere. It does, however, mean that we should learn to make space, accommodate, and appreciate alternative viewpoints, especially when it comes to matters deemed ‘taboo’ to Singapore.

We can begin by acknowledging active participation in civil society as a way of co-creating our future. We must not just tolerate Pink Dot but value what it has done to make Singapore a more inclusive place for LGBTQ+ citizens. We should ask what the Singapore Climate Rally will be able to do to spark conversations about our climate change policy that simple assent may not. We must also embrace more ground-up initiatives for Singaporeans to engage in political discussion without the fear of being ‘marked’ or marginalized— expanding, for example, the spaces for discussion which independent media like New Naratif has created.

It means that to co-create the future, our nation has to earnestly begin a conversation about how to widen the parameters for robust debate, well-informed discussion and non-violent dissent.

We Who Differ in Sentiment

Dissent is not a bad word. It comes from the Latin word dissentire which means ‘to differ in sentiment’. It is, as Daryl Yang puts it, “an integral component of a healthy democracy”. It is not, as so many commenters online said, born out of a wish to see Singapore fail. No, we who differ in sentiment are also looking for ways to love Singapore. (Here I must note that ‘liberal’ does not refer to a political orientation, but to the idea of being free to make inquiries into knowledge and society without political dogma.)

Accommodating those who differ in sentiment is difficult work because it requires that we exercise our ability to hold multiple, even contradictory, positions before looking for consensus. It requires that we suspend any belief that individuals hold the solution to the world’s problems without including others.

Respectfully, then, in response to Mr. Tan’s question, I say: if the foundation of a liberal education is to encourage engagement with differing sentiments, then we do need a liberal education, not just to get us into the future but to create that shared future. We need it not just for our students, but for Singapore.

Still, you may easily dissent with my opinion and think I am too naïve. If so, I accept your dissent. Now, can we begin the difficult work of making space to discuss why we disagree? 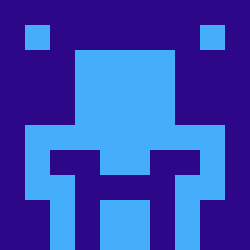 One thought on “We Who Differ in Sentiment – Rethinking ‘Dissent’”