Why Green, and Why Now? SG’s Blooming Environmental Movement

SG Climate Rally (SGCR) is a gathering of concerned Singaporeans and Permanent Residents, taking place in Hong Lim Park, on September 21st 2019 from 3 pm to 6 pm. Perhaps unsurprisingly, some of the volunteers, including this writer, are also students at Yale-NUS College.

SGCR is Singapore’s first physical climate action rally; it will feature multiple activity stations, numerous speeches, and a coordinated demonstration of solidarity. Most strikingly, however, are its colors: most ‘green’ groups are, well, green. SGCR is themed red, because it seeks not to reflect the dream of a world flourishing, but the reality of a world on fire.

There are few elemental forces more visually destructive than fire. Flames lick the kindling; structures creak, topple and crash; tendrils of smog coil into the sky like a looming serpent. Two fires took the world by storm this year: the charred skeleton of the historic Notre-Dame de Paris, and the still-smoking lungs of the verdant Amazon. Amazingly, the latter received almost as much attention as the former.

Consecutive ecological disasters, accompanied by abject failure on the part of institutions and governments to tackle both their consequences and causes, have tested the patience of an increasingly aware global populace. Across the planet, environmental groups are blossoming from the seeds of fear, resentment, and political awakening.

Many of these movements are driven by youth, whose short lives have been dominated by the steady decline of a world once beautiful, and the creeping fear of a world soon lost. Strikes and protests choke thoroughfares; signs dapple the city streets.

In Singapore, environmental activists have never been as, well, activist. This is not to say that they do not do good work; conservationists lobby to preserve what remains of our natural heartlands, animal rights activists speak for the voiceless amongst us, and every shade of green group in between advocates for positive and meaningful change.

Reflecting events overseas, the shifting landscape of Singaporean environmentalism has also been driven by youth, in particular, students. Platforms founded in 2016, such as LepakInSG, created by Ho Xiang Tian from Singapore Polytechnic, and the Sustainable Solutions Network, founded by Chua Wan Ping ’17, have pushed the green scene into greater accretion and organization. Meanwhile, groups such as Fossil-Free Yale-NUS College demonstrated growing awareness of the power and financial dynamic of the climate crisis.

However, physical activism is something heavily discouraged in our city-state. In a world of strikes, protests and rioting, the Singapore government holds firm to the belief that disordered action is not a driver of positive change. This is perhaps why the rapid rise in the prominence of SG Climate Rally took many by surprise; none more so, however, than the organizers themselves.

This much attention seemed like a remote possibility back in July, when the ‘organizing team’ was merely a group of ten or so concerned individuals, and their ‘meeting room’ was simply the cold stone floor outside the National Library Building.

Our starting point: we all agreed that Singapore’s current efforts at mitigation were insufficient. Perhaps the clearest example of this is Singapore’s metric for assessing our carbon emissions, known as ‘emissions intensity’: we weigh emissions against Gross Domestic Product (GDP), meaning that a growing emissions rate will be masked as an ‘improvement’ beneath greater GDP growth. Quantitative Reasoning brain, activate.

To signal our discontent, we considered several possibilities. Online petitions had come and gone, and we knew they were a little too easy to ignore. We wanted a physical demonstration, but a strike (or otherwise illegal action) was out of the question – being arrested would benefit nobody.

The acceptable, visible space for a political demonstration in Singapore is Speaker’s Corner, Hong Lim Park; unfortunately, this meant, and still means, that foreigners cannot physically attend SGCR. Local political spaces are, by law, inaccessible to foreign residents of Singapore.

To manage the numerous aspects of our rally, the organizers formed committees to track and work on these separate tasks, though the boundaries are fluid and shifting. Rapidly, our arms lengthened and multiplied as additional organizers, partners and volunteers were grafted into SGCR. This writer caught a fever-flu and had to sit things out; when he returned just a week later, the organization was unrecognizable. It was lightning in a bottle.

In the moment, it appeared natural; in reflecting upon SGCR’s progress, however, amazement is the only appropriate emotion. It is a testament to the experience and raw effort of more seasoned hands amongst the organizers that everything miraculously fell into place.

One may question, however, how much progress can be achieved by environmental actions in Singapore, a drop in the ocean compared to major industrial polluters. And isn’t Singapore already doing enough?

Although Singapore’s Prime Minister, Lee Hsien Loong, devoted many minutes of rhetoric to climate change during his National Day Rally, his actual substance was focused on adapting Singapore for rising seas. A handful of half-hearted lines on mitigation – highlighting Singapore’s global insignificance – was all he issued.

Singapore’s impact in terms of raw carbon emissions may be relatively little. But we exert other influences upon the climate; home to many premier financial institutions that fund its destruction, exporter of numerous technologies that enable its pollution, and, perhaps most importantly, a role model for other nations with larger carbon footprints than ourselves.

Ultimately, Singapore can adapt itself all it wants — but do we really want to live alone in a dead world? It’s time to stop hemming and hawing, and grab the bull by the horns. For the government, this means reluctantly undertaking the systemic changes needed to enable this green revolution. For us, this means (electorally) forcing them into it.

If you are a Singaporean or Permanent Resident, join SGCR on September 21st 2019, at Speaker’s Corner, Hong Lim Park, from 3 pm – 6 pm. 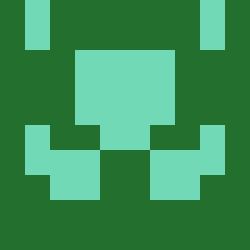