Yale-NUS in a Malay World: A Case for Decolonizing Our Common Curriculum

Disclaimer: These views are entirely my own and do not represent those of the Yale-NUS Student Government, even though they inform my efforts as Director of Academics.

The modern university privileges a particular set of knowledge and the people who can gain access to it. Classroom debates seldom acknowledge, however, who and what this knowledge is for. In a 2012 letter to the Straits Times, Toh Cheng Seong responded to New Haven critics’ stereotyping of Singapore by urging for “intellectual exploration on both sides, and not an ‘axis of cultural imperialism’”. What is the role of Yale-NUS College in Singapore’s intellectual ecosystem? More importantly, is Yale-NUS sufficiently engaging with the indigenous legacy of the place it occupies, but wilfully ignores?

Yale-NUS students build partnerships with stakeholders at NUS as well as civil society at large. However, the Common Curriculum (CC) as an ideological manifesto must reflect this institutional commitment to anchor the College to its local and indigenous context.

It is then bewildering that the CC contains not a single text from Singapore’s indigenous tradition. To the credit of the scholars who conceptualized our CC, the inclusion of a Malay text was once seriously considered. Professor Derek Heng, who served as Rector of Cendana, was present at the first CC deliberations held between 2011–2012. He had championed the inclusion of the 17th-century Malay Annals (Sejarah Melayu) in Literature and Humanities 1 (LH1). According to him, fierce internal opposition and a lack of resident expertise prevented the realization of this prospect.

One may wonder why Malay intellectual traditions may be relevant at all to understanding our local context. Singapore has always been in a Malay world. Before territories on either side of the Melaka Straits were divided into separate domains by the British and the Dutch, they made up a relatively cohesive ethno-linguistic sphere. The independent nation-states of Malaysia, Indonesia and Singapore have inherited these colonial boundaries. But the lingua franca persists— spoken Bahasa Indonesia and Bahasa Melayu are mutually intelligible. Malay, though one of Singapore’s four official languages, is also its sole national language.

To Malays, the island of Singapore was never separate from the region; even if the forebears of Singaporean Malays came from the Malay Peninsula or the Dutch East Indies, they still remained within the same cultural sphere. Ties of kinship and political allegiance often bridged insular communities spread over vast stretches of sea.

To lay confusion to rest at once, Malays and “Malaysians” are completely different things. While Malaysia is a modern, multi-ethnic nation-state, Malays constitute a transnational ethnic and cultural identity that is dynamic but defined by a recognizable series of customs, dress, cuisine, belief systems and language. Malays are native not just to Malaysia, but Singapore, southern Thailand, and Indonesia. Discourses on Filipino identity also include voices who self-identify as being part of the Malay “race”.

Singapore was also once the premier locus of Malay scholarly production. Between the late 19th to mid-20th centuries, Malay thinkers, printing houses and a lively press gave birth to a Malay literary renaissance and dynamic critical discourse. Yale-NUS is sitting on the rich bedrock of a vibrant indigenous intellectual tradition.

While we cannot demand to only learn from our own intellectual traditions or scholarship that centers our experiences, the disproportionate lack of engagement with the indigenous in Singapore entails problems beyond want of “representation”. Firstly, this lacuna in understanding Singapore’s indigenous context prevents students from being self-reflexive about their position in a country whose wealth and progress—which has enabled them to attend university here—has a strong causal link with indigenous Malays’ political and economic disempowerment.

Historian Carl Trocki notes that the establishment of Singapore as a free port may have brought peaceful trade for European merchants, but obliterated native commerce. Malays remain Singapore’s poorest ethnic community long after independence, while popular stereotypes of the lazy Malay persist.

This lacuna also risks making Yale-NUS a rootless expatriate community. Of course, we should refrain from prescribing an appropriate level of engagement that our international colleagues should abide by. However, continued institutional disengagement from the indigenous implies that we do not need to question our (privileged) position in relation to the contested places, histories and communities we embed ourselves in.

Doubtless, the multitude of perspectives afforded by our international character greatly enrich Yale-NUS’ intellectual life. But a university education in Singapore—even if it is for the world—should involve some considerate regard for the knowledge that Singapore and its cultural hinterland have generated. In 2013, the Inaugural Curriculum Committee of Yale-NUS envisioned “a cosmopolitan education for a rooted and responsible citizenship” (emphasis mine). It further recognized the dangers of “producing a rootless elite who regards themselves as part of a rarified world of educated professionals but who lack deep ties to particular places and real communities”.

Of course, we would not want to force-fit these Malay texts into the CC if they did not have inherent worth in and of themselves; they can also greatly enrich the thematic concerns within individual syllabi. The Hikayat Abdullah, the autobiography of Stamford Raffles’ secretary and Malay tutor, is a classic first-hand account of life in early colonial Singapore. It may be a good fit in Literature and Humanities 2, where encounters with “the modern” and an interrogation of Western modernity is an overriding theme. The eminent sociologist Syed Hussein Alatas, who founded the Malay Studies Department at NUS, was taught in CSI, alongside Quinn Moore’s work on multiculturalism in Singapore. While both texts were dropped this academic year, CSI still teaches Charles Hirschman’s study on colonial race statistics in British Malaya, retaining some insight into the region.

Instead of trying to put the Malay Annals in the LH1 list—as per the approach in prior attempts—perhaps it can be taught in Philosophy and Political Thought. As a royal chronicle, the Annals offers a detailed illustration of the administration, ideological basis and mythical underpinnings of a Malay kingdom with an ethnically-diverse population, dynastic links to Singapore, commercial ties with Europe and diplomatic relations with Ming China and India. The Malays in the Annals had exemplified being in (our part of) Asia, for the world—five centuries before Yale-NUS.

These are but possibilities. Of course, many conversations and discussions with CC teaching teams must be had in order for any of them to even be remotely considered. With the 2020 Common Curriculum External Review around the corner, it is an opportune moment to begin the conversation.

In many ways, Yale-NUS is indeed revolutionary in its approach to a CC that is not exclusively from the Western “canon”. In fact, it has grown to include more regions, and this semester saw our first text from Latin America, Comentarios Reales de los Incas in LH1. However, the CC’s conception of “Asia” still feels woefully reductive. A 2015 piece in The Octant aptly entitled In (What?) Asia for the World, Timothy Lim argued how Asia in the CC seems to begin with India and end with China, or “Asia as Greater China and not-China”.

To an outsider’s eye, tracing the development of Chinese thought for three consecutive semesters may seem a triumph for diversifying the academy. But to the non-Chinese Singaporeans, the heavily Sinophone curriculum feels no different from their experience growing up with a public education system and an official discourse that privilege Confucian values and places the burden of assimilation on them. We must not be too quick to celebrate the extensive Sinophone material as a supposed counter to the Western canon, especially if it reinforces the silencing already prevalent in Singapore’s racial hierarchy.

While Yale-NUS does not even have a single Malay text in its Common Curriculum or a single Malay faculty member, change is already afoot across the world to decolonise the institutional underpinnings of the university itself.  The 2015 #RhodesMustFall protest which began in the University of Cape Town led to wider calls to decolonize universities across South Africa[x]. In North America, the University of Alaska has been behind a 10-year “educational restoration” initiative bringing indigenous knowledge and systems of knowing to the forefront of public education through its Alaska Native Knowledge Network[xi]. In Australia, the Queensland University of Technology took its cue from the Reconciliation Movement, committing to embed “Indigenous perspectives” into its organizational culture, pedagogical approaches and curriculum design.

Obviously, not all of these are suitable models for Yale-NUS to follow. The nature and extent of the problem in our own context is unique. Engaging with Malay intellectual contributions is also but one front in the broader move towards decolonising the CC. There are also dozens of other logistical challenges and obstacles to be considered, such as staffing constraints. Acknowledging that there even is a problem may prove difficult. But we must start somewhere. And the Common Curriculum is a good beginning.

Join us this Diversity Week as we seek ways to decenter hegemonic narratives in “Decolonising Academia in Singapore”. Organized by the Dean of Students’ Office, it will be held on Wednesday, Jan. 30 and include a panel where we address, among other things, the problems raised in this article and interrogate the role of the university in Singapore. Student-faculty roundtables afterward will unpack what it means to decolonize teaching and learning at Yale-NUS. 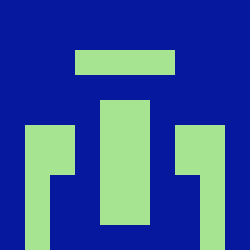 One thought on “Yale-NUS in a Malay World: A Case for Decolonizing Our Common Curriculum”