From lively discussions in the dining halls to dedicated study groups in the library every night, it’s not difficult to spot the new friendship groups in Yale-NUS College’s newest cohort, the Class of 2022.

Looking at these ubiquitous groups, it appears that Orientation has achieved its desired result: close bonds between classmates and orientation groups (RCA groups) alike.

“Most international students, like myself, don’t know anyone when they get to the school,” said Hana Kameike ’22. “I think RCA groups really helped with adjusting to Yale-NUS at the beginning. I even made new friends outside of my RCA group through them.”

Others also agree that RCA groups can act as a foundation for making friends at the beginning of the year.

“If someone’s an introvert and doesn’t really like to put themselves out there, being forced into a group of twelve people could help them form a very strong base for meeting other people,” said Look Woon Wei ’19, a Residential College Adviser (RCA) for the current academic year. “In any case, branching out and meeting friends is a matter of ‘when’ not ‘if’.”

However, not all RCA groups have led to strong friendships, especially if there is a stark imbalance of international and local students.

“I did talk to somebody whose suite was mainly Singaporean,” said Kameike. “Her suitemates already had friends outside of school, so on the weekends they would leave to either go home or hang out with their friends. So, this one international kid would be alone at those times.”

Tensions within RCA groups are not limited to differences in weekend plans. Some RCA members grow closer to each other, leading to the formation of exclusive circles and segregation within the group. This can lead to unintentional (or even intentional) exclusion of certain members, causing contention within the group.

Some have also criticized the over-emphasis on RCA groups in orientation and are concerned that RCA groups can “restrict” friendship groups.

“The whole concept of an RCA group is that you’re given an immediate group of ‘friends’. You don’t really know them from the start, but you get close to them just because of your proximity to each other. If you end up spending all your time in Orientation with them, you might not venture out of your RCA group to find other new friends. I think that’s a lost opportunity,” said Darren Chong ’22.

Chong added that students should have been given a greater chance to bond with others in the residential college, outside of their RCA group. “Not every activity should be with your RCA group. There’s so much more potential to meet new people if every single second of Orientation wasn’t necessarily with your RCA mates,” he said.

That said, the benefits of RCA groups should also be recognised. A number of RCA groups (including the reporter’s) have remained very close even after the end of Orientation; in some cases, without RCA groups, certain groups of friends may not have even “discovered” each other or formed such a close bond. In exceptional cases, some students who are entering their junior or senior year still remain close friends with their RCA/DF (Dean’s Fellow) group long after their freshman orientation.

Nicolas Kang ’20 has stayed close friends with the majority of his DF group since their first-year orientation. (Ed: The term used for “RCA groups” for the Class of 2020 was “Dean’s Fellow groups”.) “My group really gelled well together and the majority of my suitemates still stay together,” he said.

“I think RCA/DF groups are important to facilitate [Orientation and friendships] because you’re kind of thrown in a lottery with a bunch of random strangers [in your allotment of suitemates] and the RCA/DF groups are not like a boundary or a limit. Rather, they help us facilitate this new environment,” Kang said.

With the school year just entering its fifth week, it’s safe to say that friendship groups will have more room to shift and shape themselves from now on. Time will tell whether the positive (or negative) effects of Orientation on friendships will endure or gradually ebb away. 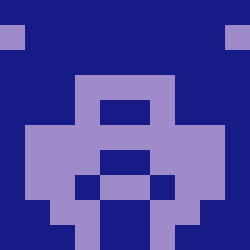