Social Media: To Shun or Not to Shun?

When Julia Tatarynowicz ’22 was 14, she was tagged in a Facebook post by her friends that contained some explicit humour. Her family chanced upon it and Tatarynowicz was censured to such a degree that it has left a lasting fear of Facebook till this day; she has decided to keep her account deactivated. How, then, does Tatarynowicz manage to keep up with campus life and maintain a social life today?

This is an especially pertinent question in a college like Yale-NUS College, where the usage of social media on campus is extensive. Everything — from campus events and student organisations — is coordinated and promoted heavily through social media. There exists a whole plethora of Facebook groups that cater to niche groups within the Yale-NUS community where students get information on free food, how to drop out of modules, or to find out about their missing laundry. Even the Yale-NUS Library has set up an Instagram account to better engage with the student population.

It is thus surprising that amidst our social-media crazy campus, Tatarynowicz is not alone. The Octant interviewed two other students — Yugal Nathoo ’21 and Amberly Yeo ’22 — who have abstained from social media in some way or another. Rather than the usual “social media is evil” spiel, the trio’s responses were an insightful meditation into their lives and beliefs.

Why “no” to Social Media?

Hailing from Mauritius, a small island nation off the coast of Madagascar, Nathoo’s journey into social media asceticism began after he left his high school. Rather than a decision that was made overnight, Yugal experienced multiple rounds of withdrawing and sliding back as he recognised the demerits of social media, before eventually deleting his Facebook and Instagram account. Upon matriculating into Yale-NUS, Nathoo has created another Facebook account purely for the purpose of keeping up with the college community life, but that remains the extent of his social media presence.

All that were interviewed said that addiction was one of the biggest reasons to boycott social media. Yeo said that she had spent large amounts of time scrolling through her Instagram’s Explore page to look at content that were “stupidly funny”.

On the other hand, Nathoo expressed concern over Facebook’s algorithmic feeds that encourages people to scroll through content specially catered to them and thus remain fixated for unhealthy amounts of time, while Tatarynowicz said that the amount of time that Facebook saps out of her life would have a deleterious effect on her studies, where she hopes to one day enroll into medical school.

So extensive is the use of social media, that its platforms are also viewed by many as an extension of the self. The omnipresence of social media usage may even lead many to question: “Do you even exist if you aren’t on Facebook or Instagram?”

Nathoo sees the upkeep of an online presence as lacking in authenticity and views it as sullying the experience of meeting new people and making human connections. After all, if you are first able to look someone up on Facebook and get to know everything about them before you even meet them, what’s there left to discover but your own judgements being projected onto them?

Seeing someone face to face, having discussions and debates in person are much more productive in Nathoo’s opinion, especially in a college that has borne witness to several debates on Facebook that are not always productive.

“It gives me more reason to get to know a person”

Yeo and Tatarynowicz both echo the importance of genuine connections, choosing to only keep in touch with their friends without social media. According to them, this is testament to the strength of their friendships.

Tatarynowicz said that “if you really want me at an event, I trust that you will tell me about it personally.” Yeo, on the other hand, has no problems at all in maintaining her friendships without social media, since all of her close friendships are already mediated through WhatsApp groups.

On a more abstract level, Nathoo highly values the ability to meet someone without any preconceived notions that one would otherwise glean through social media. “It gives me more reason to get to know a person,” said Nathoo. In a social climate where we far too often find ourselves forming caricatured impressions of others based on their online presence, seeing a fresh face without all that baggage is but a much needed respite.

The fear of missing out is definitely a motif that recurs over the course of the conversations with the trio. The inability to keep up with the happenings of campus and missing out on social and academic opportunities are but a few of the urgent concerns that come with being social media free.

Yet these concerns are circumvented rather neatly by each in their own ways. Nathoo’s minimalist Facebook account allows him to keep updated with campus life. Tatarynowicz on the other hand, relies on her friends’ word-of-mouth to convey key information and updates that she’d need but admits it’s “crazy difficult”.

Yeo however, seems to find this a non-issue; the alternative forms of publicity on campus such as the lift posters are enough for her to get through her day with no problem.

Tatarynowicz remained staunchly guarded against the perils of Facebook. Her fears of having her reputation jeopardised by a wrongly tagged photo remains the main obstacle to her making any foray into Facebook again in the future.

Nathoo and Yeo, on the other hand, are content with various degrees of social media engagement. Nathoo’s current minimalist Facebook account is to him, perhaps, the right balance of social media usage and abstinence. Yeo, on the other hand, said that due to the widespread usage of Facebook in the facilitation of campus life, she is — like Nathoo — considering creating a Facebook account to merely keep abreast with the happenings on campus.

Though easily confused as people who are strange, anti-social or distant, those that The Octant interviewed seem to have clearly mapped out their social spaces and identity with more clarity than most others could conceivably have.

Though many view social media as an important extension in representing ourselves, Yeo believes that she “doesn’t need to explain [her] life to people [she] doesn’t know.” To her, maintaining an online presence is irrelevant and perfunctory at best.

It could also be said that they may indeed lead more genuine and fulfilling lives, without the need to, as Nathoo notes, “embellish” their lives to be more than what they are.

Neither are they necessarily introverts, as Tatarynowicz highlights. There are actually a lot of people on campus that she would like to know and hold conversations with during her time on campus. Not being part of the social media landscape doesn’t equate to a disinterest in making new friends.

She doesn’t need social media for the extra help. 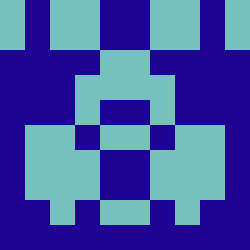 William Hoo
William dodges mid-life crises and other terrible calamities on a regular basis, courtesy of your local favourite ineffable divinity. When he’s not struggling too much with being a young adult, he enjoys coffee and eccentricity a little too much for his own good. But most of all, he tries to write like his life depends on it so that his life can someday depend on it.