At the end of lunch service, the doors close and the dining hall empties. Cooks and service staff emerge from behind the counters for their lunch on a Monday afternoon, one of the busiest days for the team at Sodexo. We peer behind the curtain at the inner-workings of our new caterer to find out more about their people, processes, and plans.

The Sodexo staff engage in conversation about the usual topics: the food, the weather, and their work. In the middle of the table is a red snapper, cooked Cantonese style—doused in fish and soy sauce and topped with scallions, ginger, chilli, and coriander. It is the catch of one of the cooks, who regularly goes out to fish on his off days.

Among those seated at the table is third-year polytechnic student in Applied Chemistry, Isabella Christie. Ms. Christie shared how she was hired as a part-time staff so that she would be able to work through her holidays. She added how positive her experience has been thus far, and remarked upon the friendliness of the Yale-NUS College students and staff.

This sentiment is echoed by the shy but accommodating Teo Leng Sun, who smiles earnestly at us as she tucks into her lunch. Like Ms. Christie, she shares how the work environment here has been very positive and that the “students are kind”. Indeed, the overall consensus of the staff we interviewed at the Saga Dining Hall is that their month-long stay thus far has been pleasant.

As the conversation continues, we find out that the workers operate on a shift system. The chefs are required to come in at 6.30 am while most of the others arrive at around 8 am to begin the breakfast service. For the most part, they assist for at least two meal services before calling it a day.

At this point, Richard Ellison, Sodexo’s site manager, peers over the table, curious at our presence at a table filled almost entirely by Sodexo staff. After filling his plate, he shares how busy the day has been, with the National Environment Agency popping in for a surprise check on one of the more hectic days of the week. He notes how Mondays and Thursdays are days where the dining halls are consistently full and how he sees a slump in meal attendance on Wednesdays.

He shares how this is a departure from his previous experience at Tanglin Trust School, where he would see the largest crowds on Wednesdays. Together, we conjecture that the high numbers across all dining halls on Mondays and Thursdays could be explained by the high number of classes held, with Wednesdays being a day without classes for first-years—a disinclination for dining on campus.

As the conversation proceeds, we uncover manpower difficulties that were mentioned in last week’s The Octant article. Mr. Ellison reiterates that the manpower difficulties naturally affect his ability to deliver on certain promises, although they have been working to get desired dishes to the student body.

An example would be the pizzas that were recently introduced on the dinner menu. While Mr. Ellison had initially faced objections around the decision to serve pizza, he explained how he would much rather please the larger population and cater to their desires. “If they want pizzas, and they are well-received, I will give them pizzas,” he says.

Mr. Ellison also acknowledged that “comparisons [with previous caterer SATS] are understandable” and that it was always a continuous process of improvement for them to cater the best for the larger student body. Mr. Ellison mentions that the waffle machines that were introduced two weeks ago are a result of such comparisons and that, in time, more services will be rolled out.

Taking a bite of his food—at this point, he has been in conversation with us for some 20 minutes—he then said that he was constantly in talks with Assistant Dean of Saga College, Paul Gallagher and the Yale-NUS Dining Hall Committee to meet the needs of the student population. While “some suggestions may be economically unsound” at this moment, he reaffirmed his commitment that if it was achievable, he would certainly “look to get it to [us]”.

Before we left Mr. Ellison to his meal, he once again explained how manpower issues were holding back some initiatives, but that the student population should soon expect to see coffee machines manned by baristas and the return of the eagerly awaited Grab and Go and Café Agora.

The service staff, satisfied with their lunch, start clearing up their dishes, and leave the dining table. Mr. Ellison casually returns to conversation with one of the chefs and the other remaining staff. They pick at whatever remains of the red snapper. In the large expanse of the Saga Dining Hall, the bustle and chatter at the tables soon dwindles into silence, and the staff return to the kitchen to prepare for the next meal service.

Students can email the Sodexo manager and chef for the Yale-NUS College campus with your feedback at talktosodexo@sodexo.com. 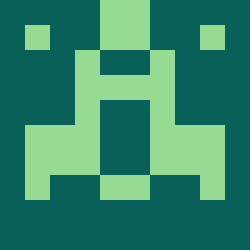 America Through The Years, From The Eyes of a Political Scientist