Most-Banned Chinese Play to be Staged at Yale-NUS

For a Yuan dynasty (1271-1368) opera, The West Wing (西厢记), written by Wang Shifu, is surprisingly racy, making it the most-performed, as well as the most-banned play in the history of Chinese opera. Now, a group of Yale-NUS College students are staging several scenes from this classic, marking the first time since the mid-Ming dynasty that parts of the original Yuan text are being performed. A separate cast will be performing the English translation of the play.

The West Wing tells the story between two lovers, Oriole and Zhang Sheng, who consummate their love despite parental disapproval. It was deemed immoral, pornographic even, by Confucian scholars and hence was banned for a long period of time in China.

This production is the result of a collaboration between Professor Mark Joyce from the Arts Program and Lecturer Hu Jing from the Chinese Program, and is directed by National University of Singapore Asian Theatre Director and Associate Professor Grant Shen.

The project hopes to promote interest in Chinese language and culture outside of language classes, Ms. Hu said. Due to a lack of staff, there are no advanced Mandarin classes at Yale-NUS, she said. Moreover, she added that many students speak good Mandarin or are interested in Chinese literature and drama.

Mr. Shen said the play was chosen because it is the “best from Chinese opera”, comparing it to Shakespeare’s Hamlet and Kalidasa’s famous Sanskrit verse drama Shakuntala, which later influenced Goethe’s Faust. The West Wing makes use of subtext to tell its story; the couple’s ardour and their lovemaking are merely hinted at. “It’s high drama,” Mr. Shen said.

Describing the language in the play as beautiful, Ms. Hu paid special attention in adapting the original text for the Chinese production. As the play was written in classical Chinese which contemporary audiences no longer understand, she translated it to modern Chinese. However, she has retained some of the original poems—the best parts of the performance, she said—to capture the essence of the original Yuan text.

While The West Wing has been popular throughout its history, people have usually performed the cleaner versions such as The Southwest Wing or The Northwest Wing, where the romantic scenes were either cut or heavily edited. Ms. Hu said the beauty of the original piece is lost when performed in these later Ming or modern Chinese versions, which is the norm.

Ms. Hu tried to strike a balance between keeping the play understandable and maintaining its authenticity. As The West Wing is a humorous play, the audience needs to understand the dialogue to laugh along.

To appeal more to the audience, the Chinese text has been set to popular Chinese tunes which include “Dandelion’s Promise” (蒲公英的约定) and “Those Bygone Years” (那些年). The English version will be accompanied by pop songs such as “Sex Bomb” and “All I Ask of You” from The Phantom of the Opera. The Mandarin cast has also recently added a love scene that had been left out due to its risqué nature, which promises to be a feast for the senses. 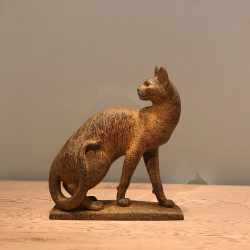