Movies at Midnight: the Midnight Cinema

If you are bored on a Wednesday night, a visit to the Shiok Shack will hopefully provide a cure through late-night movie screenings. Affectionately named the Midnight Cinema, the student-run cinema screens a movie at the Saga buttery once the clock strikes (Thursday) 12am, after the buttery closes. Started in September 2016 by suitemates Koh Zhi Hao ’19 and Zhu Fang Chen ’19, the duo has since screened over a dozen movies, with titles such as Old Boy, The Room and Donnie Darko, just to name a few. This semester, Midnight Cinema has still been going strong despite Koh being away on semester abroad.

The Octant speaks with Zhu to find out more about the Midnight Cinema.

How long have you been doing this?

Zhi Hao and I started Midnight Cinema at the start of last semester. It’s called the Midnight Cinema because: 1. we start the screening at midnight, on the dot; 2. as homage to the midnight movie circuit, where cinemas screen B movies or cult films after midnight to limited audience.

What was the driving motivation behind this, and what are you hoping to achieve from this?

Both of us really enjoyed watching movies and we already do it frequently in the suite. Hence, we thought itould be a good idea to have open screenings for anyone who has time and wants to catch an interesting movie without leaving school. We realise that many groups in school screen movies as part of their events but we wanted to show a different genre of films that typically will not be shown in other events. We don’t really have a goal in mind when we started this. If we could find other movie-lovers in school that would be great, if not it would just be something once in a week to look forward to.

How do you choose the movies (e.g. criteria and genre)?

There is only one criterion that we have for the movies – it needs to be at least 10 years old. [There is] no point showing something too recent that everyone would have seen. The point is to show movies that people have heard of, or are that commonly referred to in pop culture, but which not everyone has had the time to see. It just so happens that most such films are cult films or really bad movies. But once in a while, some of the movies will be thought-provoking or turn out to be a masterpiece (e.g. The Room).

How has the turnout/ engagement been?

We get about 1-10 people coming for the screening each time and the feedback [has been] generally positive. We didn’t really expect a large turnout because we understand it is late but we just wanted to provide an opportunity for someone who needs help to procrastinate or a last-minute-date to have something to do. I’m glad to see different faces turn up for our screenings each time.

How do you decide on the day to screen? Is it meant to coincide with the buttery’s opening day?

When we first started out, we wanted to do the screenings on a weekday that was not Friday. Wednesday midnight/ Thursday morning turns out to be the best choice because of our timetables. Rector Weiss has been extremely supportive of our Midnight Cinema by allowing us to use the space and funding us for snacks; therefore we have it in the Saga Buttery. It is just a coincidence that the buttery opens on the same day but sometimes it helps us get more attendees by trapping people who were already in the buttery.

How do you screen the movies?

Saga has a huge TV so that helps. And the couch is so comfortable, [it is] definitely a good place to watch a movie.

What do you enjoy most from doing this?

It’s mostly fun. Fun to watch an interesting film and also to have something to look forward to every week. And I am constantly surprised by the demographic of people who have heard of the movies that we screen; there is such diverse taste in movies in Yale-NUS. Or people just watch the randomest of movies.

How long do you want this to be sustained?

I’ll definitely be doing this for this semester and the next. If we can find a more permanent and RC-friendly space for screening (e.g. the Black Box), and if people sign up to help out, I hope this can carry on for as long as possible. There are always interesting movies out there to be watched.

Midnight Cinema screens movies every Wednesday at midnight at the Saga Shiok Shack. Remember to bring a blanket or a pullover as it might get chilly! 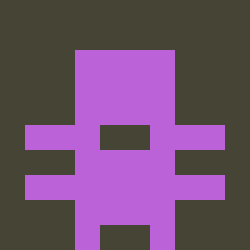